Best Places to Watch The Sunset in Sydney, Australia

Sydney | © Jason Tong/Flickr
City sunsets are a thing of wonder, team that with harbour hues and beachside bliss; yep, Sydney truly does boast some of the finest sunset spots going. Whether a seasoned travel or longtime local, these viewpoints will never cease to impress.

This steel arch bridge in the city of Sydney, linking the North Shore and Sydney’s Central Business District (CBD) has become a poster image for the city and Australia alike. Accommodating train lines, cyclists, pedestrians and cars, the Sydney Harbour Bridge is a fantastic viewpoint for sunsets, offering stunning views of the city and surrounding waterways. Want to step it up a notch? Climb the Sydney Harbour Bridge with their ‘Twilight’ tour to see the city by dusk. 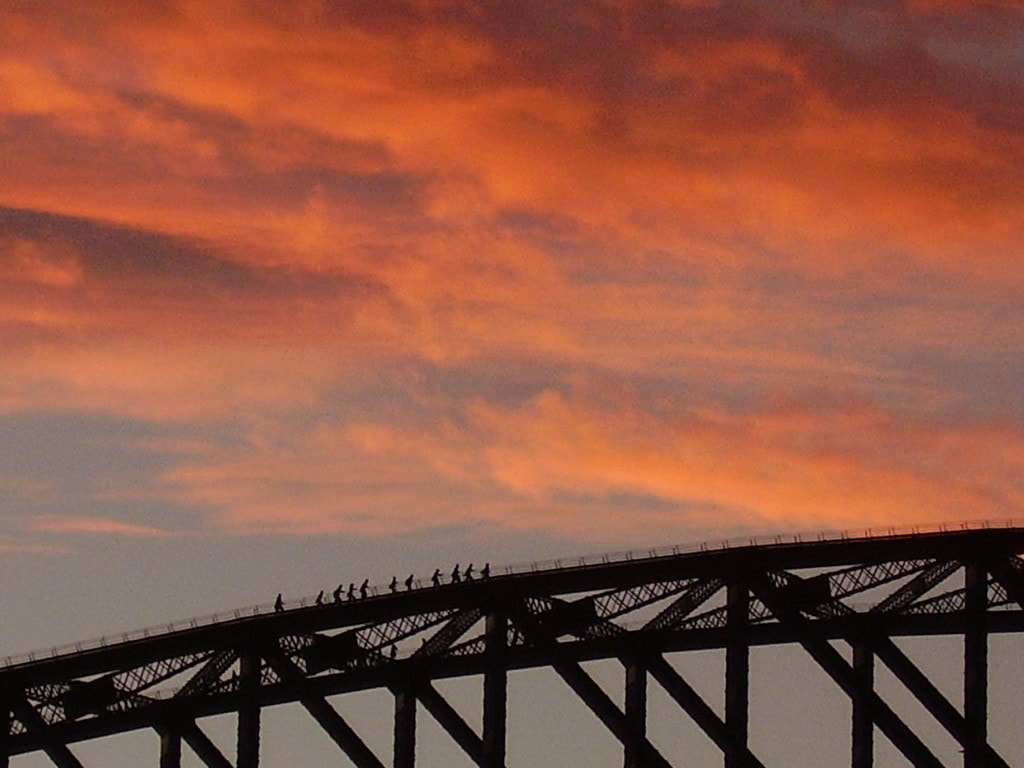 This six kilometre coastal walk has become one of the city’s leading tourist attractions. Classified as a medium intensity grade trail, there are several batches of steep steps on the route. Passing Tamarama and Bronte, visitors can enjoy sandy beaches, rugged cliffs, parks, rock pools, baths and beachside photo-ops, as well as a truly stunning sunset.

Located in Millers Point, this park offers visitors stunning viewpoints over Sydney’s CBD, the harbour and bridge; it’s the perfect spot for a sunset picnic. Rent the open-air rotunda for a special occasion and take in the sights as night falls. Other amenities in Observatory Hill Park include exercise stations and public artworks; toilets are located at the Lower Fort Street park entrance.

Over 80 years old, Luna Park is a Sydney staple with its harbour-side, easy access location and iconic character, sitting but a stones throw from the Sydney Opera House. Just one stop over the bridge from the CBD, this amusement park is a must-see for any visitor or family with its retro rides and charming atmosphere. Operating all year round, for those seeking a spectacular sunset, ride the ferris wheel at dusk to catch impressive views of the city from new heights. And, from 15th October 2017, park visitors can even experience ferris wheel first-class dining under the stars.

For a less touristy spot to catch twilight, Moore Park is peaceful perfection. Just three kilometres short of Sydney’s CBD, this park, which rests alongside of Centennial Park offers a wealth of attractions. Housing two of Sydney’s biggest sporting venues (Sydney Cricket Ground and Sydney Football Stadium) as well as a golf course and numerous sporting fields, schools, and an entertainment quarter which is home to Fox Studios, this park is bursting with life. Climb Moore Park hill for an unspoiled and serene view of the city, minus the crowds.

Take a dip in the ocean pool at dusk at Bondi’s Icebergs for some awe-inspiring sunsets over the crashing waves. This public pool, which is over a century old, is open year-round with an adult and kiddies pool overlooking the wild sea. After night falls, dive into the sauna and wash your cares away before soaking up culinary delights in the ocean-view bistro. Pool entry (including sauna) is $6.50 for adults and $4.50 for children with optional locker fee of $3.50. Membership and passes are also available.

Bit of sun before the clouds took over the day. Can't complain though, the weather has been pretty 👌 for months #icebergsclub #bondiicebergs #bondi