The Best Hotels in Hobart, Australia for Every Traveller 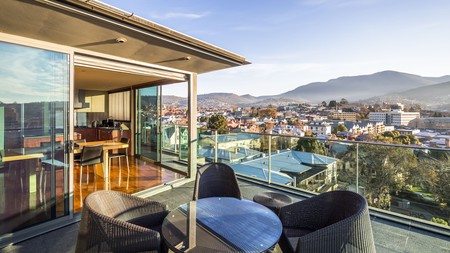 It all started with Mona. When Hobart’s Museum of Old and New Art opened in 2011, it brought in a slew of new travellers, wanting a glimpse at what all the fuss was about. Now, the Tasmanian capital is a must on any Australian bucket list, with its hyper-local food and wine, buzzing markets and exciting new additions to the hotel scene. Here’s our pick of the best places to rest your head. 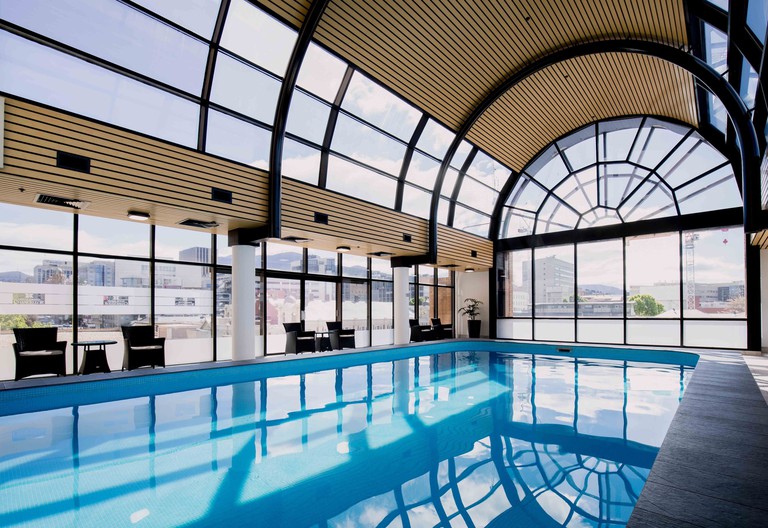 Perched neatly on Hobart’s waterfront, Hotel Grand Chancellor offers some of the most spectacular views in the city. The indoor rooftop pool has the best vantage point, where you can indulge in a skyline swim. Like the light-filled lobby, rooms are bright and welcoming, with mahogany headboards and views across to Mount Wellington. Be sure to make a booking at the downstairs Restaurant Tasman for fresh seafood and cool-climate wines. 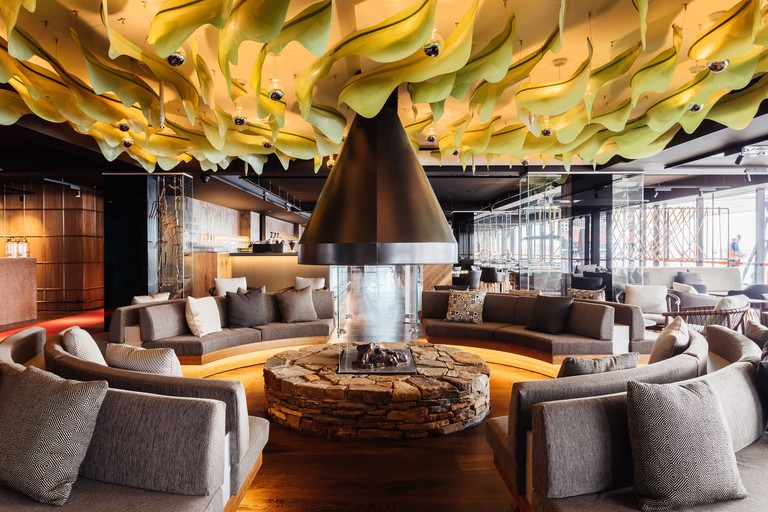 Plonked in a prime waterfront position, MACq 01 Hotel is a stylish addition to the Tasmanian capital. The stretching timber-fronted façade has won a slew of awards since it opened in 2017, including Overall Hotel of the Year at the Australian Hotels Association Awards in 2018. Despite its modern feel, each of the 114 spacious rooms and suites is named after a prominent Tasmanian figure and steeped in storytelling, as is the hotel in general, injecting historical elements at every turn. 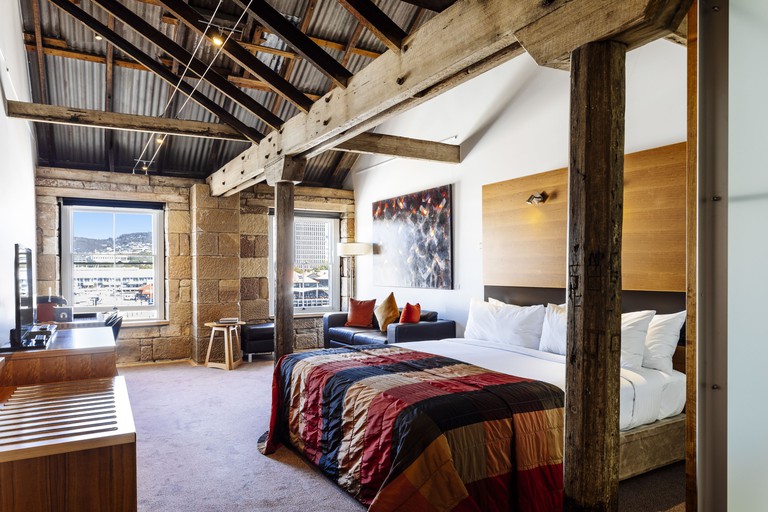 Set in one of Hobart’s oldest waterfront warehouses (a former jam factory, built in 1823), the Henry Jones is Australia’s first-ever dedicated “art hotel”, with more than 500 pieces of contemporary Tasmanian art adorning the walls. Honouring its past, the hotel’s history is prevalent in the rooms. Early convicts carved the hand-cut stone walls (look out for their signatures), and the Peacock Suite is home to Tasmania’s oldest spiral staircase. 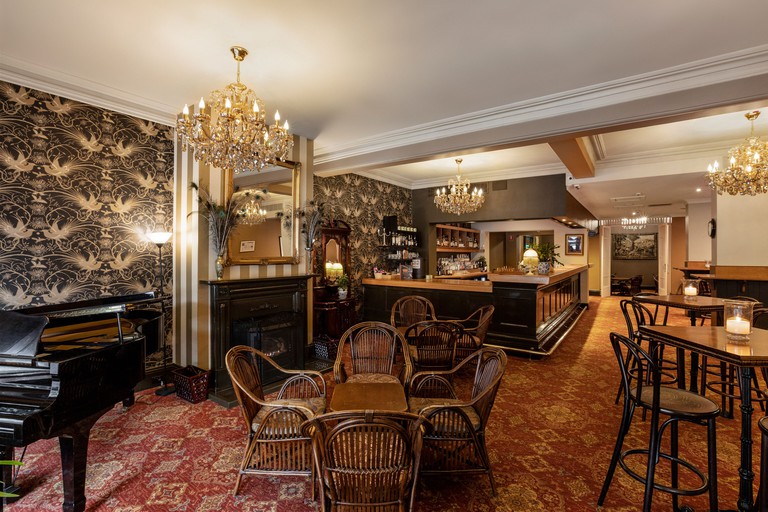 Across the street from the imposing St David’s Cathedral, Hadley’s Orient Hotel was built in 1834 by convicts. Its history is reflected in its decor, with black-and-white chequered floors lining the atrium, Victorian-era furniture dotting the interiors and opulent chandeliers enhancing the high ceilings. Rooms are just as maximalist, with ornate carpets and bedding, while those wanting to embrace the experience fully can book in for a horse-and-carriage tour of the surrounding area. 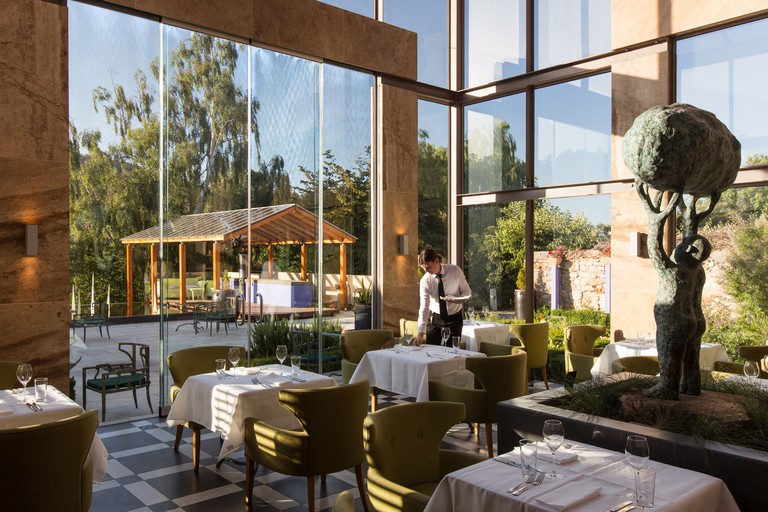 A short drive from Hobart’s city centre lands you at the Islington Hotel’s door. Set in an exclusive enclave, the 1847-built Regency abode has been refurbished with a marble-and-glass façade surrounded by an Andrew Pfeiffer-designed garden (be sure to check out the 100-year-old weeping willow). Inside, there are just 11 rooms, a heady mix of contemporary elements and a sense of a bygone era. The four-course degustation menu at its on-site dining room is seasonal and sourced from small Tasmanian producers or the hotel’s garden. 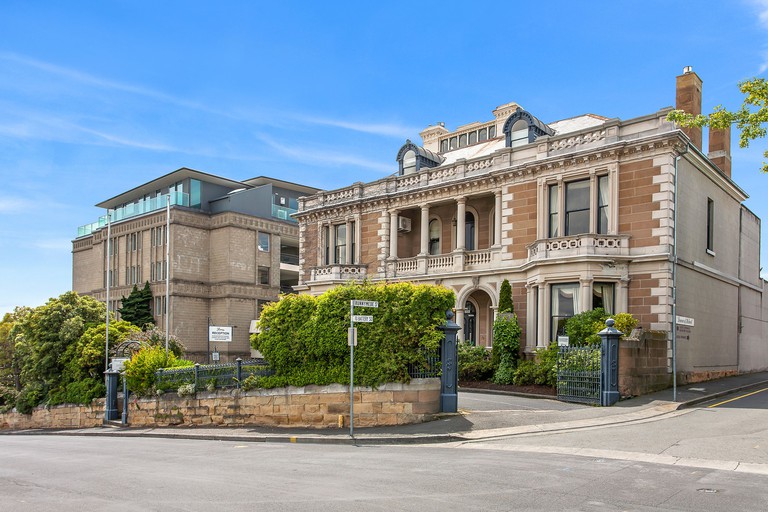 Set within an 1874 sandstone mansion, Lenna of Hobart sits gently above the Tasmanian capital. Common areas see plush leather chairs, midnight-blue velvet pillows and crackling wood-burning fireplaces. If possible, opt for the penthouse for 360-degree vistas of Hobart’s harbour and mountains from its balcony or floor-to-ceiling windows during chillier weather. 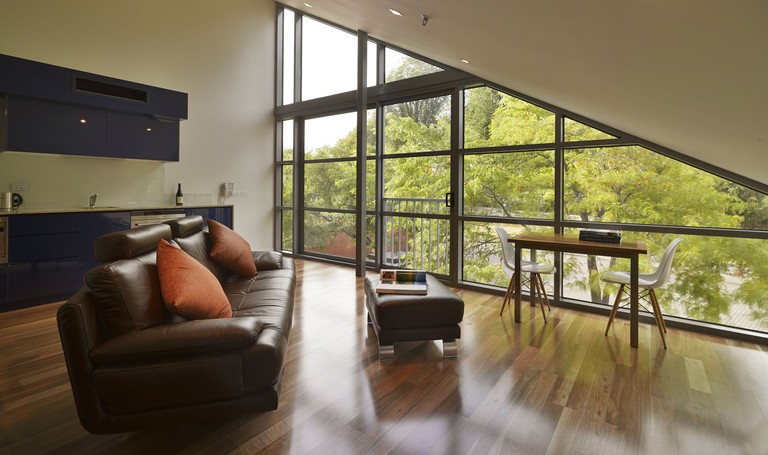 Sitting pretty beside leafy Princes Park, with views across the harbour, Salamanca Wharf Hotel is primed for exploring Hobart by foot. The famous weekly Salamanca Market is just moments from the door, but that’s only if you can pull yourself away from the open-plan studios and lofts within the hotel. Each room has a deep-navy kitchenette, complete with a Smeg fridge, while some bedrooms have enormous standalone tubs, just feet from the plush beds. 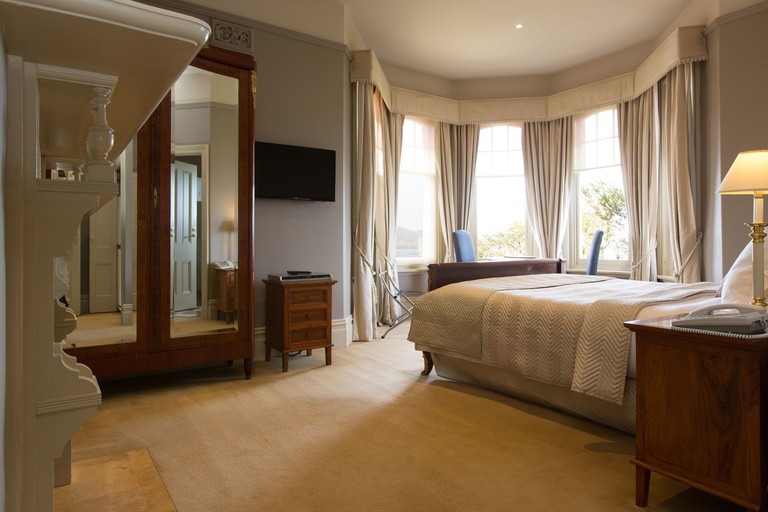 In upmarket Battery Point, just around the corner from all the harbourfront action, Grande Vue is a Queen Ann-style mansion, built in 1906 as a private family home. While it’s been extensively refurbished over the years, it still retains original elements such as stained-glass windows, beautifully carved staircases and opulent fireplaces. Each individually designed room has a marble bathroom with either a corner or oval soaking tub. 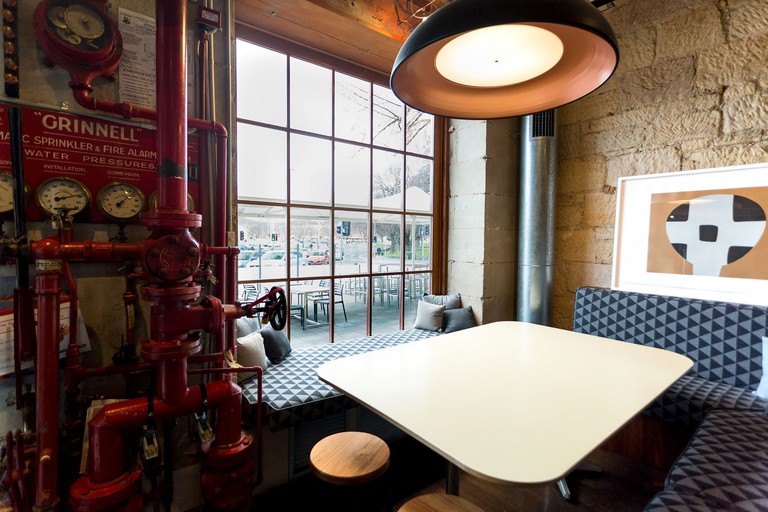 Just a few steps from Hobart’s docks, the sandstone exterior of the Customs House Hotel makes way for an array of unpretentious rooms. Downstairs, you’ll find a lively restaurant – be sure to sample the Tasmanian scallops and freshly caught salmon. When you’re feeling parched, head next door to try a selection of Tasmanian wines, beers and whiskies from Derwent Bar.

The Lodge on Elizabeth 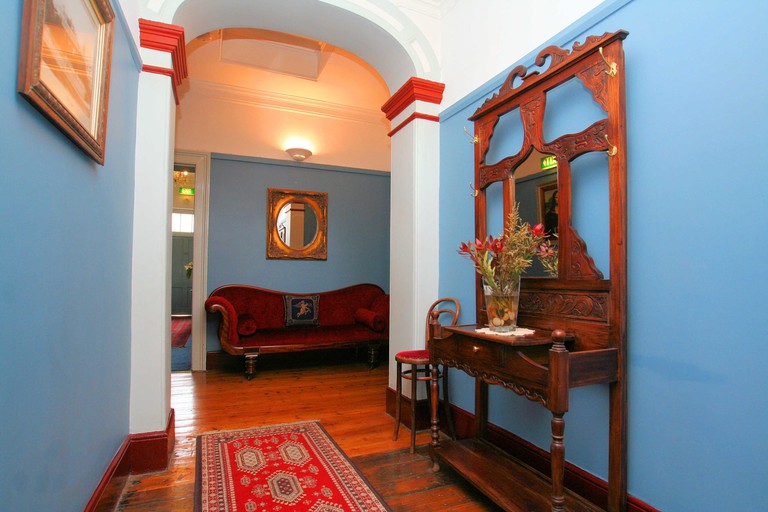 Courtesy of The Lodge on Elizabeth / Expedia
View Rooms

A cosy B&B tucked away in a 19th-century Georgian mansion, the Lodge on Elizabeth is a short stroll from Hobart’s CBD. Hosts Jeff and Julie will treat you to complimentary port in the sitting room, and if you want a quiet nook outside to enjoy the sunshine, it’s easy to find one in the courtyard garden. Rooms feature antique and four-poster beds. Those wanting a little more privacy can opt for the wood-panelled Convict Cottage, where you’ll receive bubbles and handmade chocolates on arrival.