‘Theater, circus, film – to me it’s all one’ says Baz Luhrmann. This is a statement that becomes immediately apparent if you’ve ever feasted your eyes on the dizzyingly energetic, kaleidoscopically-colorful music and dance extravaganza that is Moulin Rouge!, Romeo + Juliet , or his latest – the 2013 remake of The Great Gatsby. Theatrical and chaotic, yet surprisingly profound and perceptive, the Australian director has produced some truly stunning visual works now hailed as cinematic classics. 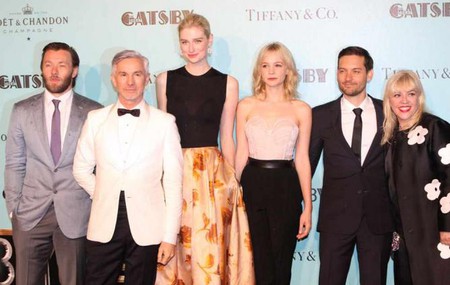 Luhrmann was born as Mark Anthony on 17th September 1962 in Sydney, Australia. As the son of Barbara Carmel – a ballroom dance teacher and dress shop owner, and Leonard Luhrmann – a Vietnam War veteran who ran a farm and petrol station, it is not difficult to see from where Luhrmann’s inspiration originates. Immersed in the world of show-biz in all of its glitz and glamour on one side, yet exposed to the atrocities of war whilst taught to toil and toughen-up on the other, Luhrmann’s childhood experiences and the profound effect they were to have upon him, would later directly manifest itself in much of his theatrical yet incredibly insightful work.

In 1979, Mark officially changed his name to Baz – a nickname is father had given him as a young boy. After attending St Paul’s College in Manly, New South Wales, he unsuccessfully auditioned for the National Institute of Dramatic Art, but was accepted onto its prestigious acting course two years later. He graduated in 1985 and took on a number of roles throughout his adolescent years, which included a part in the 1982 film Winter of Our Dreams, alongside Judy Davis.

However, it was directing that proved to be Luhrmann’s ultimate calling. Along with a few fellow students whilst studying at the National Institute of Dramatic Art, he composed a rough version of Strictly Ballroom – a play about an audacious young ballroom dancer striving to establish an innovative new style of dance in the austere and highly competitive industry. The production was finally staged in 1986 and was ardently applauded by Australian music executive Ted Albert who had attended a showing at Sydney’s Wharf Theatre, after which he immediately commissioned Strictly Ballroom – the film.

Humorous and satirical yet sincere and heart-felt, Luhrmann’s film debut – with its dazzlingly colorful and somewhat garish costumes, spectacular sets and exuberant choreography, exploded into movie theaters in 1992, to great commercial and critical acclaim. Strictly Ballroom encapsulated Luhrmann’s unique, beautifully chaotic style and foreshadowed all that the young director would bring to the silver screen in following years.

It in fact became the first in a series of promised Luhrmann-directed films – The Red Curtain Trilogy. Though unrelated in plot, the trilogy’s three films (Romeo + Juliet and Moulin Rouge! followed) all embodied this idiosyncratic, flamboyant style.

Romeo + Juliet was released in 1996, starring Leonardo DiCaprio and Claire Danes as the legendary star-crossed lovers. Luhrmann plunged Shakespeare’s classic into a modern-day setting, in which the Montagues and Capulets are two warring gangs who race through Miami in convertible cars, firing guns and hurling petrol bombs at one another whilst enjoying some wonderful and unruly Las Vegas style parties in between. The result is fascinating, somewhat bizarre, but visually stunning and earned the film an Academy Award Nomination for Best Production Design. 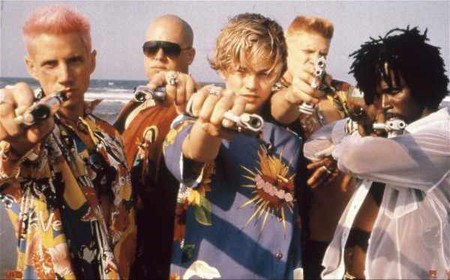 Kidman also starred in Luhrmann’s Australia – a historical romantic drama which saw the director return to his homeland and conduct extensive research into its 20th century history. Kidman and Hugh Jackman play two lovers who experience the Japanese bombing of Darwin, just prior to the commencement of the Second World War.

Luhrmann’s most recent creation is the 2013 remake of F Scott Fitzgerald’s The Great Gatsby – a popular and much-adapted literary classic which exposes the superficiality of the American Dream. The roaring 20s in which it takes place – an era of social hedonism, economic prosperity and ostentation, proved to be a perfect setting for the staging of yet another extravagant Lurhmann-esque production. The director’s wonderful interpretation of Fitzgerald’s novel, which features all of the musical mayhem, outrageously glamorous party scenes and magnificent sequin-and-glitter-strewn costumes that can only be expected of him, is the Aussie’s highest-grossing film to date. 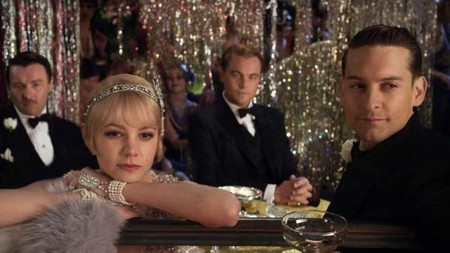 Baz Luhrmann is currently working on The Get Down – a television series which will air on NetFlix in 2016. It is sure– along with whatever thrilling projects he might undertake in the future – to be filled with his boundless imagination and beautifully chaotic artistic vision.