Battle for the Capital: Architectural Rivalry in Melbourne and Sydney 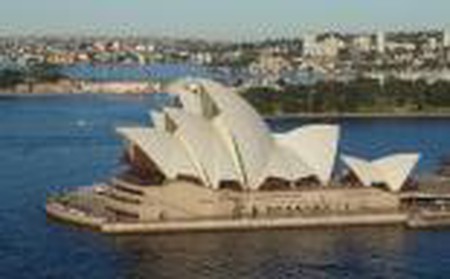 A long rivalry has existed between Melbourne and Sydney, with a history dating back to Australia’s federation in 1901. Both culturally booming cities in their own right, these two metropolitan centres have grown and expanded in unique ways. To celebrate both of these Australian state capitals, we look at the iconic architecture of each city.

Australia’s federation occurred in 1901, uniting the five states and three territories that make up the island giant. With the new nation needing a capital city, both Melbourne and Sydney argued their case for supremacy. Unable to come to a resolution, The Australian Capital Territory (ACT) was created, with the capital of Canberra to sit in between the two contested cities. Although seemingly resolved, there is still an ongoing rivalry between the two, with Sydney holding more Australian icons while Melbourne is being renowned as the country’s cultural capital. In the spirit of this ongoing dispute, we explore the best architecture in both cities, celebrating the differences between each city’s structures. 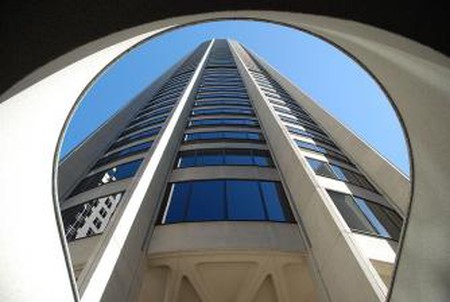 Built in 1967, the tower structure of Australia Square is regarded as Australia’s first skyscraper. The structure was designed by Harry Seidler, the Austrian-born architect behind a long list of buildings in Sydney and across Australia, and was a landmark in the development of a national architectural style. Standing 170 metres tall, the curved walls of the tower have become an icon to local Sydney dwellers. 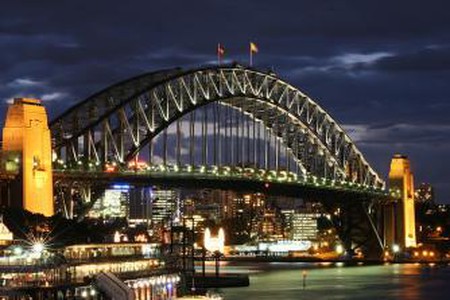 Taking just under nine years to construct, Sydney Harbour Bridge was finished in 1932 and up until 2012 was the world’s widest long-span bridge (Canada’s Port Mann Bridge has since taken this title). With an interesting history, the bridge’s opening was famously interrupted by Francis De Groot who prematurely slashed the ceremonial ribbon, believing a royal family member should do this honour. The ribbon was then retied and cut by the NSW Premier. Sydney Harbour Bridge is now famous for its world-class firework display put on each New Year’s eve. 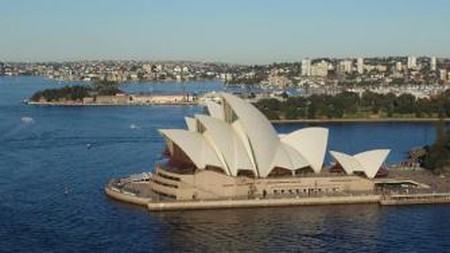 Sydney Opera House is another postcard icon, with its sail-influenced architecture blending beautifully with the surrounding water. Designed by the Danish architect Jørn Utzon, the origin of this structure also reveals an infamous tale. During the construction of this world-first architectural feat (1959-1973), Australia changed political leadership and tensions grew between Utzon and Liberal Minister of Public works David Huges. This conflict led to Utzon resigning before the building’s completion. Utzon has reportedly never returned back to Australia. 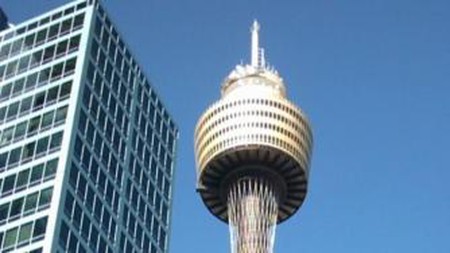 Sydney Tower was designed by Donald Crone and Associates and was opened to the public in 1981, when it was the fourth tallest structure in the world. The tower holds two restaurants that continually revolve, offering visitors a constantly changing view as they dine. Somewhat surprising from its aesthetics, Sydney Tower is deemed one of the safest buildings in the world, with it being designed to withstand extreme wind force and earthquakes. 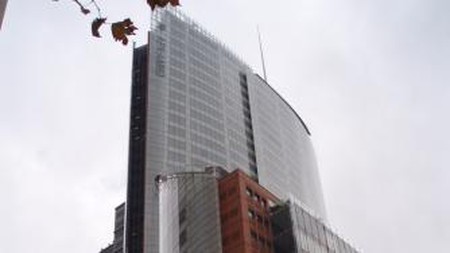 Aurora Place was designed by Renzo Piano, the architect who created London’s Shard and Paris’ Centre Georges Pompidou. Completed in 2000, the curved façade is intended to relate to The Sydney Opera House, while the unique shape of the building means that not one panel is parallel to any grid. In 2002, the building won the distinguished Rider Hunt Award. 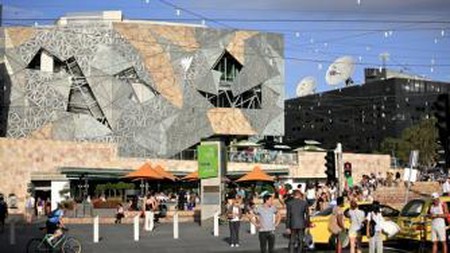 Federation Square is a cultural hotspot in Melbourne, right next to the central Flinders Street Station. Opened in 2002, the square was designed by Lab Architecture Studio, and the design features a striking facade constructed of sharp-angled shapes in the style of Deconstructivism. Holding nine cultural and commercial companies, the square is also used throughout the year for a plethora of festive events. 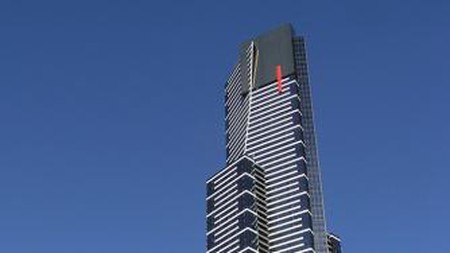 Eureka Tower is a stunning fusion of story telling and architecture. The structure takes it name from the battle of Eureka Stockade, a conflict that was a part of the Gold Rush in the 1850s. The golden summit of the building represents the conquest of gold, while the red line is a metaphor for the blood spilt during this time. Eureka Tower offers incredible views to the public in ‘The Edge’: a glass room that shifts out of the top of tower to allow visitors unique views. 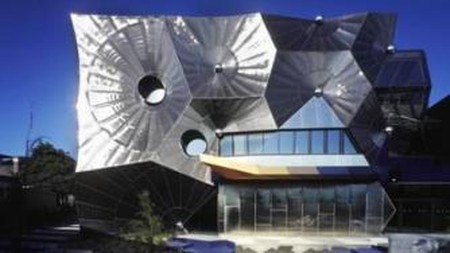 Victorian College of the Arts – Centre for Ideas

Symbolic of the philosophical and vexed discussions that occur within its walls, the architecture of the Centre for Ideas is designed to spark debate. The impressive aesthetics are described by the architectural firm (Minifie Nixon Pty Ltd) as ‘an expansion from an algorithm for establishing the voronoi tessellation of a plane.’ Gaining much attention for the complex ideas behind its form, the building won the prize for the Best New Institutional Building in 2004. 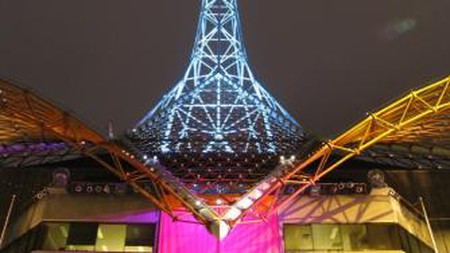 The Art Centre Melbourne building is an iconic structure designed by Sir Roy Grounds and was completed in 1984. The architectural webbing above the building is intended to evoke imagery of a ballerina, while the 137 metre tall spire adds a dramatic pinnacle to this striking building. Due to deterioration, the spire was replaced and lengthened in 1996 and features lightning conducting technology. 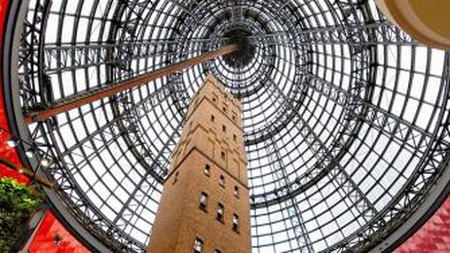 The Glass Cone that encloses the Coop’s Shot Tower in Melbourne Central is an innovation in architectural preservation. Exuding an aura of old meets new, the contrast created between 1888 tower and the 1991 encompassing structure is an additional attraction to the hundreds of stores that surround. The Glass Cone is the biggest in the world, weighing 490 tonnes and standing 20 storeys high.