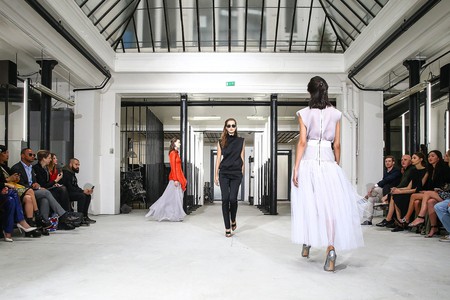 With new designers bursting onto the scene each season, it can be hard to keep up. Nevertheless, there are always those few key brands which feature on repeat in our minds and closets throughout the years; here are Australia’s most-loved fashion labels.

Founded in 1999 by best friends Sarah-Jane Clarke and Heidi Middleton, Sass & Bide is a contemporary Australian womenswear brand that has been a frontrunner in Aussie and international fashion for almost two decades. The collection which roots itself in the celebration of the bold, beautiful and strong women of today, is known for its ageless tailoring and interpretative classic pieces. Stocked in over 45 stores in Australia and New Zealand, as well as offering international shipping, Sass & Bide is the uniform for the modern woman.

Launched by designer Kym Ellery in 2007, Ellery is a luxury womenswear brand from Sydney, Australia. Delicate and decadent at the same time, Ellery’s vision is timeless and futuristic at once. Expect re-invented shapes and playful takes on classic silhouettes, masculine tailoring and avant-garde fabrications. Over the past decade Ellery has gracefully woven its name into the tapestry of the global fashion world, showcasing each season at Paris Fashion Week and being featured in Business of Fashion’s impressive BOF 500 list.

Zimmermann is an Australian fashion label launched by sisters Nicky and Simone Zimmermann in Sydney, 1991. Celebrating in sophisticated femininity and completely effortless, the high-fashion Aussie brand is most-known for its swim and resortwear; although, its ready-to-wear collection which pepper each season of fashion week in New York is a show never to be missed.

The brand have gained international recognition since its inception, landing many awards including the Australian Fashion Laureate and Best Swim Designer, Prix de Marie Claire, to name but a few.

Launched in 1973 by Gordon and Rena Merchant, Billabong started out as a simple Aussie board shorts brand, small in scale and local in reach, before quickly becoming synonymous with surfers as the uniform for wave riding. Billabong gained fast traction, expanding to cover surf and sports equipment, resortwear, apparel and, of course, Billabong board shorts.

Today, Billabong is arguably the most iconic brand to come out of Australia, as well as one of the most globally recognised names in the sports sphere.

Dion Lee is the eponymous label of the Sydney designer. After debuting post-university at Australian Fashion Week in 2009, Lee made history by being the first designer to use the Sydney Opera House as the stomping ground for his runway show. Launching his brand at the tender age of 23, his collections are known to be experimental whilst maintaining traditional tailoring. Lee explores relationship between technical fabrications, architectural silhouettes and the female form in his collections which has led him to become one of Australia’s most-loved fashion label. 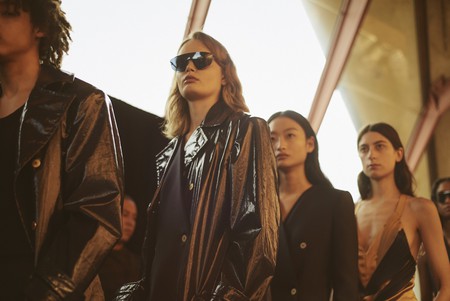 Filling a much needed gap in the market of high-quality, contemporary and classy occasion wear at an affordable price point, was Melanie Flintoft’s (Australian Fashion Labels’ Creative Director) goal. Enter Keepsake The Label.

Celebrating in timeless, feminine pieces with 11 collections annually, Keepsake The Label has become one of Australia’s most-loved fashion labels, as well as wooing A-Listers such as Kendall Jenner, Gigi Hadid and Kylie Minogue. The brand – which supports ethical manufacturing practices – is stocked in Australia and around the world.

As another member of the Australian Fashion Labels family, C/MEO Collective‘s mission is to drive future fashion with curated collections that are bold, edgy and daring whilst still celebrating femininity and effortless ease. Founded in 2010, the brand is known for its bold tailoring and silhouettes, technical fabrications and daring prints. Influencers such as Solange Knowles, Jennifer Lopez, Vanessa Hudgens and Emma Roberts have been spotted donning the statement designs.

Established in 1999, Toni Maticevski set out to grow an Aussie ready-to-wear collection of beautiful crafted designs, celebrating the female form and exemplifying the Melbourne designer’s skill in fabric manipulation and vision.

Since the brand’s inception, Maticevski has won design awards such as the New Designer Award in 2002 at the L’Oreal Melbourne Fashion Festival. It was this international recognition which led him to the global fashion stage, presenting until 2010 his collections at Mercedes-Benz Fashion Week in New York, before moving his presentation to Paris this season. 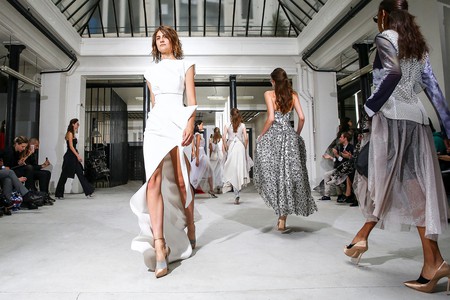 Courtesy of Maticevski
Give us feedback