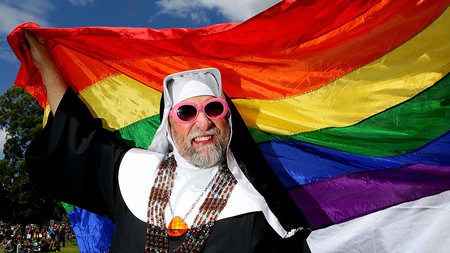 The Victorian Pride Centre is planned to open in Melbourne’s beachside suburb of St Kilda in 2020, bringing together the LGBTQ community by providing a space for organisations and community members to converge, share ideas and host events.

Melbourne has a long-standing reputation as a progressive state when it comes to LGBTQ law reform and has a vibrant, artistic queer community. It is also home to festivals such as Midsumma and the Melbourne Queer Film Festival.

Victoria was the first state to pass an expungement law, ruling that historical homosexual offences were no longer deemed crimes. It was also the first state to introduce Australia’s first gender and sexuality commissioner, Ro Allen, in 2015, acknowledging its commitment to improving inclusivity and acceptance for the LGBTQ community.

Slated to open in 2020 on St Kilda’s iconic Fitzroy Street, the four-storey mega-building will feature a café, theatre, gallery, retail space and bookstore.

“The overall aim of the Pride Centre is to create a safe and welcoming space for members of the LGBTQ community, their friends, families and allies,” says Justine Dalla Riva, communications advisor at the Victorian Pride Centre.

The centre will be home to organisations that play pivotal roles in supporting the community, including Thorne Harbour Health, Switchboard, Joy 94.9, Australian GLBTIQ Multicultural Council, Australian Lesbian and Gay Archives and the Melbourne Queer Film Festival.

According to Dalla Riva, a multi-purpose auditorium will be available for performances, workshops, conferences and forums, and the rooftop will serve as a commercial space for personal celebrations such as marriages and birthdays. 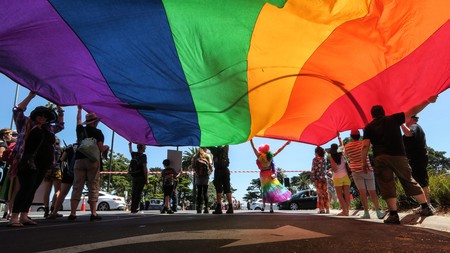 For the LGBTQ community to finally have a Pride Centre is a signifier of acceptance and inclusion, something its members have long been fighting for.

Chad Hughes, president of Thorne Harbour Health, says, “By establishing the first Pride Centre in Australia, Victoria is sending a clear message to our queer communities in other parts of Australia that ‘You’re not only valued; you’re celebrated.’ The Victorian Pride Centre will provide a hub for community collaboration and a central point for LGBTQ people who are either new to Melbourne or are long-standing Victorians seeking to connect with our communities for the first time.”

Established in 1983, Thorne Harbour Health (formerly the Victorian AIDS Council) was founded by LGBTQ community members to lead the response to HIV and AIDS. Today it offers a broad range of programmes and health promotion services in Victoria and South Australia. The organisation will now be based in the Pride Centre, along with Minus18, an LGBTQ youth organisation, and will provide a much-needed hub for hosting events such as school education workshops, its Queer Formal and youth summits.

CEO Micah Scott says, “Being located with other organisations will empower us to work closer as a community.” 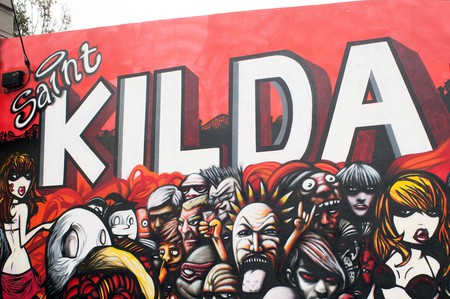 Designed by two local architect firms who won a competition to design the space – Brearley Architects + Urbanists (BAU) and Grant Amon Architects (GAA) – the building’s design will not only take into consideration St Kilda’s history, but will also evoke a sense of fun. The contemporary design plays with space and volume, while a central ellipsoidal atrium connects each of the five floors.

“St Kilda has been Melbourne’s most culturally inclusive district for the past century,” says James Brearley, a partner at BAU. “It is recognised by its architecture of the exotic, of Moorish pleasure palaces fading by the sea, of the architecture of suspended belief in amusement parks and of its streets filled with bars, restaurants, cafés and subcultural life. Our design attempts to capture this spirit of place, to create a place of belonging and welcoming.”

Winning the competition was much more than an opportunity to design something new; it allowed the architects to be involved in creating a piece of history for Melbourne’s queer community.

“We were interested in contributing to the ongoing fight for rights, in the chance to make a building marking Australia’s social progress, and also in the opportunity to improve our beloved and bedraggled Fitzroy Street, St Kilda,” Brearley said.

The entire project is worth an estimated $28 million, with the state government contributing $15 million to the centre’s construction and the City of Port Phillip gifting the land that the centre will be built on, at a value of $13 million.

Dalla Riva says the Victorian Pride Centre will be the second-largest in the world, coming in behind the Los Angeles LGBT Center.

“The Victorian Pride Centre will be a beacon of hope and a visible articulation that as a community we deserve a beautiful and iconic place where we can connect and support each other.”

To have something of this scale built in Melbourne will be transformational for the community and for the organisations housed within it.

The Victorian Pride Centre is planned to open at 79-81 Fitzroy Street in 2020; affiliated community projects are already underway. Visit the official site for more information on events and construction updates. 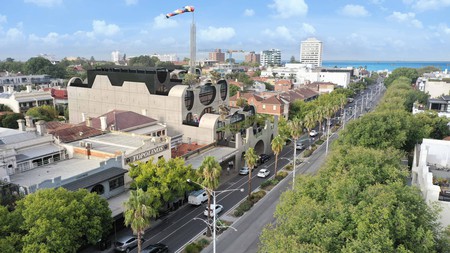