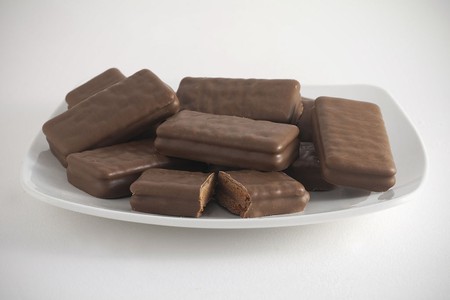 Although Australians are known for eating Vegemite and prawns on the barbie (they don’t have shrimp), there are also many delicious desserts to be enjoyed. From iconic Tim Tams to the country’s secret recipes, Aussies know how to enjoy a sugary treat that tastes just as good as it sounds. So, next time you’re in Australia be sure to get your hands on these desserts.

Since World War 1, Anzac biscuits have long been associated with the Australian and New Zealand Army Corps (ANZAC), as they kept well during the long journey to the battlefield. This sweet biscuit, popular across both Australia and New Zealand, is made up of oats, flour, golden syrup, sugar, butter, baking soda, boiling water, and (optional) desiccated coconut. Due to a law in both countries about the use of the term Anzac, these biscuits are protected from any alteration to the original recipe in order to be referred to and sold as Anzac biscuits (not cookies!). 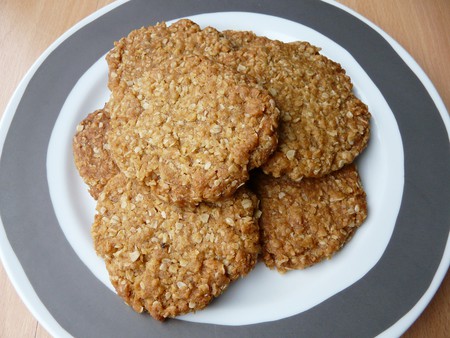 The chewy and crisp caramel slice, consisting of a shortbread base, is a staple slice found in many bakeries across the country. Although there are questions as to whether the slice has any Scottish roots, the caramel slice first appeared in an Australian cookbook in the 1970s. Featuring a dense biscuit, a thick layer of buttery caramel, and topped with a coat of chocolate, this is one of the richest and sweetest slices best served cold. 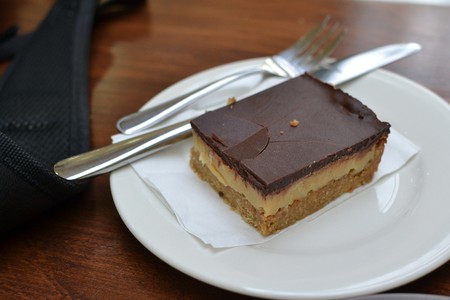 Australians have a love affair with food, especially party foods; chocolate crackle and fairy bread. Dating back to 1937, the chocolate crackle has long been a part of all birthday parties due to its delicious and quick and easy recipe: mix together cocoa, coconut oil, sugar, and beloved breakfast cereal Kellogg’s Rice Bubbles, and lump into patty cake cases before setting in the fridge. It’s crunchy chocolate heaven. 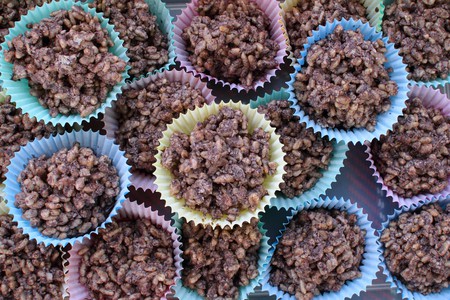 A very popular birthday party and picnic dessert and snack is Australia’s fairy bread. This sugary kick is not only colourful but delicious, despite simply looking like sugar on bread. It is butter smeared across white bread and by adding coloured sprinkles, even the little ones know how to make this food eaten by Aussies of all ages! 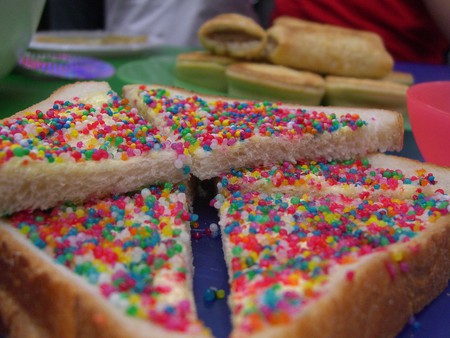 First released in 1959 by Australian confectionery company Streets, the popular ice cream snack Golden Gaytime has stayed in our hearts. Featuring toffee and vanilla ice cream dipped in chocolate that is then covered in honeycomb biscuits, all on a wooden Popsicle stick, it is a quick summery treat that not only satisfies but puts a smile on everyone’s faces. 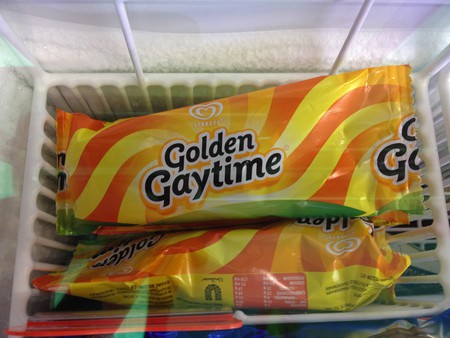 Across the world there is a great love and respect for Oreos and biscotti, but that’s because they haven’t been introduced to the Iced Vovo. Made by the same company behind the beloved Tim Tam, this Australian-made sweet biscuit is traditionally made from a sweet butter biscuit that is topped with a strip of raspberry jam and pink icing and sprinkled in desiccated coconut. Since 1906, this biscuit has been a favourite at parties, afternoon teas and, of course, grandma’s kitchen. 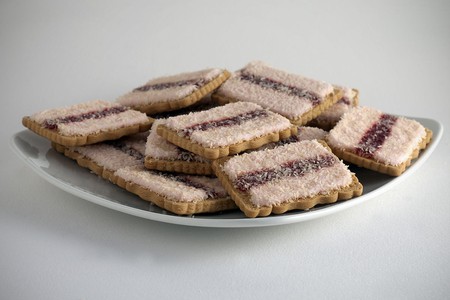 A well-kept secret from the rest of the world is the Australian and New Zealand dessert, the jelly slice. Consisting of three simple yet delicious layers; jelly, custard, or cream on a biscuit; this dessert is sometimes made with fresh fruit topping that matching the colour of the jelly. For example, strawberry jelly slices are red, whilst mango jelly slices are orange or yellow in colour, and just as delicious.

The iconic Australian dessert, the lamington, has been around since the turn of the 20th century, and is found in bakeries and kitchens across the country. Featuring a fluffy sponge cake that is dipped in melted chocolate before being covered in desiccated coconut on all sides, the lamington can also be served with a layer of jam and cream. 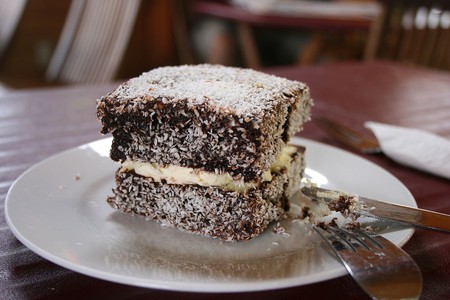 Teetering at the forefront of the globally-known sibling rivalry between Australia and New Zealand is the beloved pavlova. Named after the Russian ballerina Anna Pavlova who toured both countries in 1926, this dessert consists of a cake-shaped meringue that is topped with cream and a choice of fresh fruits. 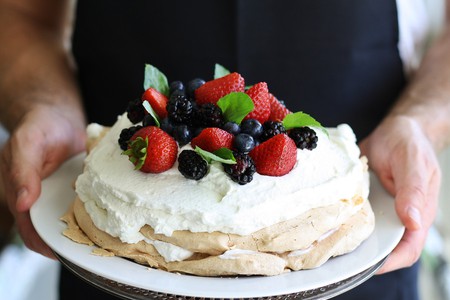 Known across the world as being quintessentially Australian is the iconic Tim Tam. Featuring two chocolate malted biscuits sandwiched together with a lining of light cream filling before being coated in a thin layer of chocolate, today there are a variety of flavours to be enjoyed; salted caramel, white chocolate, and double chocolate alongside the original. 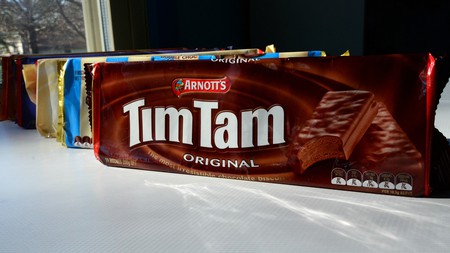