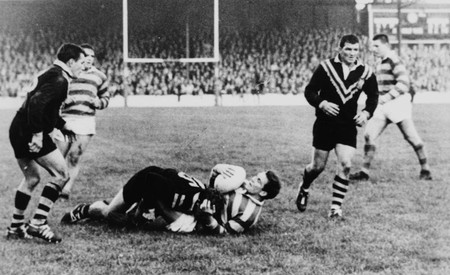 Almost 10,000 players have put their bodies on the line since rugby league began in Australia way back in 1908, but these elite 10 stand above the rest. From the founders of the sport to the new millennium’s modern masters, introduce yourself to rugby league royalty.

Sporting historians agree that without this man, rugby league would not exist in Australia. Herbert Henry ‘Dally’ Messenger was rugby union’s star player in the early 1900s, and his defection to the rebel rugby league in 1908 was key to the 13-man code becoming Sydney’s premier winter sport. The genius centre’s legacy lives on today with the NRL’s premier individual award — the Dally M Medal — bearing his name. 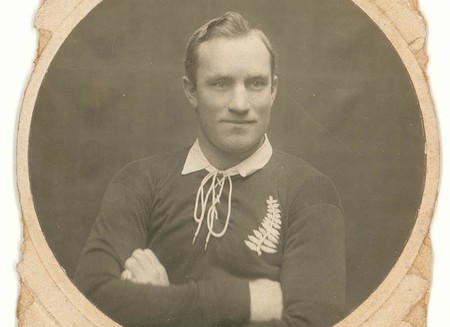 At a time when Don Bradman was dominating the cricket world, another ‘DB’ was equally prolific in the rugby league arena. In fact, Dave Brown was such a dominant point-scorer during the 1930s that he earned the nickname ‘The Bradman of League’. Brown’s outrageous try and goal tallies helped Eastern Suburbs to the title in 1935, 1936 and 1940, including a mind-boggling 38 tries in the 1935 season — a record that’s unlikely to ever be broken.

There are few more fabled figures in rugby league than the ‘Little Master’, the South Sydney legend who redefined the position of fullback. The diminutive No.1 moved from Newcastle to the Rabbitohs in 1947 and bagged five premierships as a player and another three as a coach over a trophy-laden three decades. Today, the Clive Churchill Medal is awarded to the man of the match in the NRL Grand Final, a fitting tribute to a man who collected so much silverware himself. 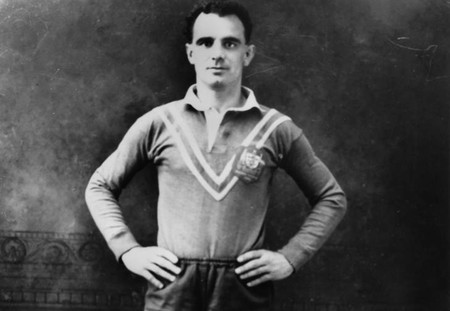 Only one man in the 110-year history of Australian rugby league has racked up more than 200 tries, and his name is Ken Irvine. Widely regarded as the best winger of all time, the North Sydney and Manly flyer pocketed 212 tries in his 236-game career, still well clear of nearest rival Billy Slater, the modern Melbourne Storm star who’s bagged 187 in 309 games (and counting). Tragically, Irvine died in 1990, aged just 50, after a long battle with leukaemia.

This indefatigable lock-forward began his career at Newtown as a teenager in the late 1950s, but quickly became a staple of the St George team that recorded an incredible 11 consecutive premiership trophies between 1956 and 1966. And the colourful ‘Chook’ is perhaps as famous for his personality off the field as his deeds on it, including a folkloric tale about a nude stroll down an English street wearing nothing but a bowler hat… 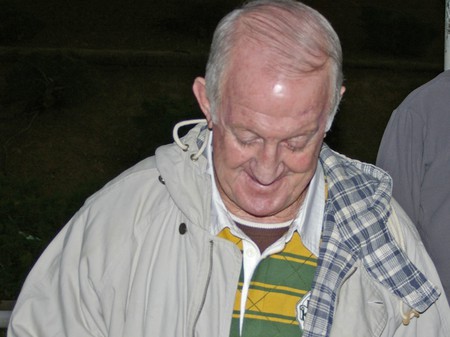 Raper had many famous teammates alongside him in that indomitable St George side, but none were as gifted as the ‘Prince of Centres’ Reg Gasnier. Gasnier scored 127 tries over 125 appearances in the famous Red V, which offers a glimpse of his scintillating talent, as did the flood of tributes that poured out after his death, aged 74, in 2014.

Big Artie — whose fondness of a meat pie is almost as legendary as his deeds with football in hand — is probably the greatest forward in Australian rugby league history, but his legacy is greater than the premierships he won with Balmain and Eastern Suburbs. Firstly, he’s the godfather of State of Origin, the interstate series between New South Wales and Queensland that’s the pinnacle of the code. And secondly, he became the first Indigenous person to captain Australia in any sport when he skippered the Kangaroos in 1973. 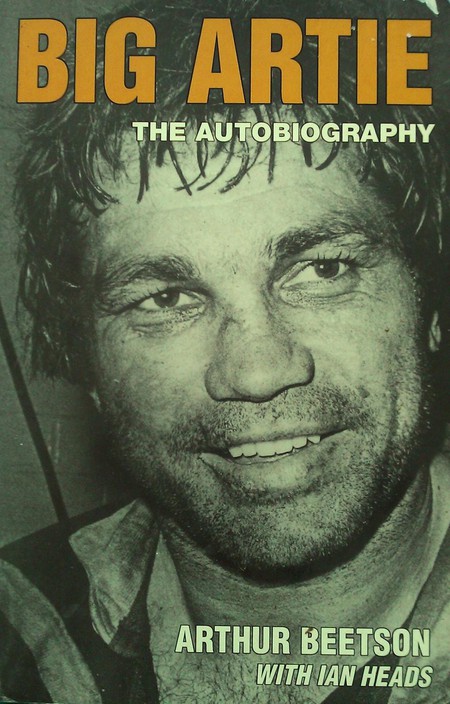 Fulton was named alongside Gasnier, Raper and Churchill as one of rugby league’s four original ‘Immortals’ in 1981, the highest honour the game can bestow upon a player. The English-born centre/five-eighth possessed both individual brilliance and a single-minded will to win in equal measures, which explains why the Manly legend is one of the few men to win premierships as a both a player (1972, ’73 and ’76) as well as a coach (’87, ’96).

Johns’ anointment as the eighth Immortal in 2012 attracted controversy because of some chequered off-field scandals, but that doesn’t take away from his sublime skill as a footballer. The Newcastle halfback won three Dally M Medals, finished his career as the NRL’s all-time leading point-scorer (2176), and led his home town to their only two titles in 1997 and 2001, including this genius play to secure the Knights’ maiden premiership.

The heir to Johns’ throne in the new millennium is Johnathan Thurston, who became the first man to win four Dally Ms with his triumph in 2015. The headgear-wearing halfback had tormented NSW in the Origin arena for a decade and won all the individual accolades on offer but it took a Clive Churchill Medal-winning performance in the 2015 decider to truly crown his glittering career.