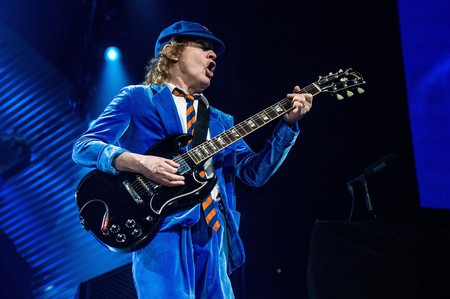 Australia has produced many iconic bands and songs over the years. Here’s looking at you AC/DC and Khe Sanh by Cold Chisel. But these are the 10 most legendary music artists from Australia, whose music is still played in households, on radios and at weddings across the country every year.

John Farnham is the definition of an Australian music legend. He rocketed to stardom with the release of You’re The Voice in 1986. The accompanying album, Whispering Jack, became the second highest selling album in Australian history. He’s also the only Australian musician to have a number one record in five consecutive decades. Famed Australian music journalist, Ian MacFarlane described Farnham as the most successful solo artist in Australian rock and pop history, as well as one of Australia’s most respected celebrities. His other hits include That’s Freedom, A Touch of Paradise and Burn For You.

Jimmy Barnes is a rock icon in Australia. He’s the Australian artist with the highest number of hit albums, including 14 Cold Chisel albums and 13 solo albums. By 1980, Cold Chisel was the biggest band in Australia and defined the ‘pub rock’ genre. Although Barnes became as well-known for his hard drinking wild antics as he was for his distinct voice, the band’s hit, Khe Sanh is an Australian classic. His most popular solo song is undoubtedly Working Class Man. His children have also followed in his musical footsteps, including David Campbell, who is a renowned theatre performer and television presenter.

Kylie Minogue is the highest-selling Australian artist of all time, and an unsuspecting gay icon. She rose to fame on the Australian soap opera, Neighbours. Her wedding on the show to Jason Donovan’s character was viewed by 20 million people in the UK alone. Born and raised in Melbourne, Minogue’s hit The Locomotion was Australia’s highest selling single in the 1980s. In the early 2000s, Minogue released hits like Spinning Around and Can’t Get You Outta My Head. Although she’s been primarily based in the UK since the 1990s, Minogue will always be Australia’s pop princess.

When you think of Australian music, you think of AC/DC. The rock band was formed in Sydney in 1973, by brothers Malcolm and Angus Young, who is known for his schoolboy uniforms on stage. They’ve gone through several lineup changes over the years, including the death of lead singer, Bon Scott in 1980, which happened just months after the release of their Highway to Hell album. AC/DC (colloquially known as Acca Dacca in Australia) has sold more than 200 million albums worldwide. Their hits include It’s a Long Way to the Top, Thunderstruck and You Shook Me All Night Long.

The Bee Gees consisted of brothers Barry, Robin and Maurice Gibb. Although they were born in the UK, the Bee Gees moved to Australia as children and formed the Bee Gees in 1958 in Australia. Having sold over 220 million albums worldwide, they’re one of the world’s most successful artists of all time. Known for their harmonies and disco hits, some of the Bee Gees’ biggest songs include Stayin’ Alive and How Deep is Your Love. Some of the world’s most well-known musicians have been influenced by the Bee Gees, including Michael Jackson and Beyonce.

Midnight Oil gained a cult following in Australia after the release of their self-titled debut album in 1978. But it was their 1987 album, Diesel and Dust, which drew an international audience. Their hit song, Beds are Burning is a protest song regarding indigenous Australians and land rights. This was followed by Blue Sky Mine, a song about the Wittenoom mine tragedy. Midnight Oil is known for their politically motivated music, so it wasn’t a surprise when frontman Peter Garrett became involved in Australian politics in the 2000s. Garrett is also well-known for his frenetic on-stage dancing.

Slim Dusty was an Australian cultural icon, country music star and National Treasure, whose music career spanned nearly seven decades. He was working on his 106th studio album at the time of his death in 2003, and had more Gold and Platinum albums than any other Australian artist. He was renowned for his songs about Australia and his bush ballads. Dusty was the first Australian to have an international record hit as well, with his version of Gordon Parsons’ Pub With No Beer. Other popular Slim Dusty hits include Duncan, The Biggest Disappointment and Looking Forward, Looking Back.

Active from 1977 to 2012, INXS has gone through many stages over the years. The band’s original frontman, Michael Hutchence’s romance with Kylie Minogue in the early 1990s saw the band reach a new fanbase. Following his death in 1997, INXS toured with renowned Australian artist, Jon Stevens, before finding new lead singer, J.D. Fortune through the reality TV show, Rock Star: INXS. INXS sold 55 million albums worldwide and had hits like Need You Tonight and Never Tear Us Apart.

Although its members include Australian and New Zealand residents, Australia claims Crowded House as its own, as the band was formed in Melbourne in 1985. The band was active from 1985 to 1996 before taking a hiatus and returning in 2006 until the present. Their first smash hit was Don’t Dream It’s Over, which had international success in countries like Canada and the United States. They followed this with hits such as Something So Strong, Fall at Your Feet (which was expertly covered by Australian band, Boy & Bear in later years) and Weather With You.

Savage Garden consisted of Darren Hayes as lead vocalist and Daniel Jones on instruments. Although the Brisbane-based band was only together from 1994 to 2001, they released a string of memorable songs. This includes their smash hits Truly Madly Deeply, I Knew I Loved You, To The Moon and Back and The Animal Song. In 1997, they won a record number of 10 ARIA Music Awards for their debut album. Hayes went on to have a solo career following the band’s break-up.