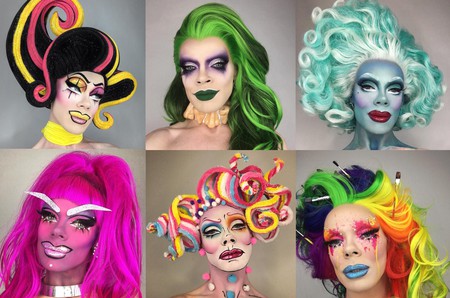 Australia is one of the world’s most technicolour countries, celebrating people of all genders and sexualities. On November 15, 2017 the country proudly voted ‘yes’ to legalising same-sex marriage in a non-binding postal vote, and Australia’s wealth of sizzling, show-stopping citizens waved the multicolour flag high. Celebrating people of every size, shape, colour and sexuality, here are the 10 most legendary drag queens from the continent.

Dame Edna Everage is more than an Aussie drag queen; she is a household name, a character woven into the fabric of Australian entertainment. Her persona, performed by native comedian Barry Humphries is remembered for her candy-coloured lilac hair, spectacular diamante spectacles and cheeky charisma. Having written books, appeared on stage and in films internationally, Humphries earned honours awarding Edna Everage her ‘Dame’ status, followed by a bronze statue in her honour being unveiled in Melbourne in 2009. 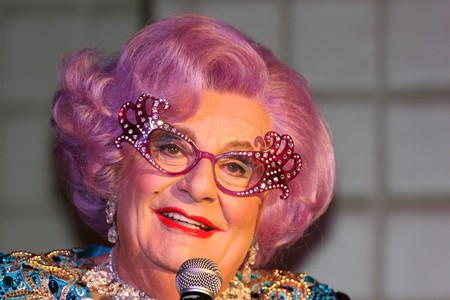 Tora Hymen is one of Australia’s most spectacular drag queens. Dominating the Sydney show scene with her stunning performances, this queen is all about fun and flair. Tora is not only a hostess and performer but also a make-up artist and socialite who has shared the same stage as Katy Perry on two occasions.

Thank you #Auckland !!! #trannybingo was amazing!! Now… Room service, latest episode of #therealhousewivesofmelbourne and the most comfy hotel bed ever!!! Perfect night!!!

Art Simone‘s talents lie in her name: that being pure art. The drag queen’s forte is downright fabulous make-up. And, although stunning with or without, this girl truly knows how to work that make-up brush to create the most impressive show make-up in town. Leading the Melbourne drag scene Miss Simone not only rules the stage but also performs at hens, birthdays and events as well as hosting make-up tutorials. 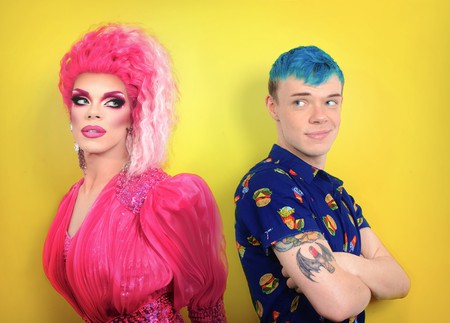 His and Hers | Courtesy of Art Simone

This Sydney based show stopper is dominating the drag queen scene. Fun, flirtatious and downright gorgeous, this chick is not only turning heads with her dazzling performances but has also represented queens worldwide as a brand ambassador for Bonds underwear, as well as featuring in advertisements and editorials around the world.

Not only has she been previously named Diva Entertainer of the Year at the DIVA awards, Decoda Secret is nailing it across Australia and internationally with her show-stopping performances, fierce personality and killer choreography. Resident at one of Sydney’s top nightclubs ARQ on Sundays, stop by for a show to remember.

Courtney Act is the stage name of Australian performer Shane Gilberto Jenek. A master of all trades, Courtney not only pulls out all the show stops on a weekly basis but covers the fields of music and television too. As if all of that is not enough she even has a wig company named Wigs by Vanity which she runs with fellow drag queen and business partner Vanity Faire. 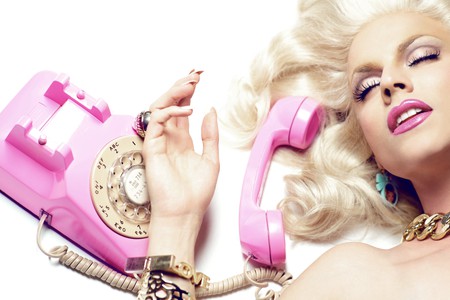 Fellow queen and business partner to Courtney Act is Vanity Faire, an equally fierce boss who rules the drag scene and the world of business in equal measure. With stunning make-up and costume, and a personality like no other, it is no surprise that Vanity’s character has become synonymous with legendary Aussie drag queens.

About 13 years ago, the incredibly talented @dallasdellaforce designed our logo. I decided to recreate it in real life with the amazing John McRae @citronal

Charisma Belle is one of Australia’s is legendary; from her electric performances and cheeky character to daring and delightful costumes, this queen will never disappoint. Performing on Sydney’s Oxford Street drag scene by night, this sister draws crowds by the mass for her weekly shows as well as winning over a dozen DIVA awards throughout her career. 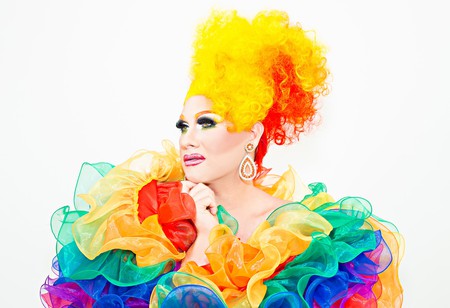 Minnie Cooper is one of the drag queen scenes most sizzling soul sisters. Allegedly as a babe she was abandoned in the doorway of ARQ Nightclub only to be raised by drag queens who taught her to channel her inner goddess, and we can only assume this to be true, as she is drag queen gold, through and through. Hit up Oxford Street in Sydney to catch her shows.

Aurora is one of Australia’s fiercest drag queens. Set on the Gold Coast, this show stopping kick ass queen knows a thing or two about how to put on a performance. Hold on to your hat – any performance led by Queen Aurora is bound to boast endless wise-cracks, choreography and be an all round amazing experience.

In the colour; "Dumb Blonde".