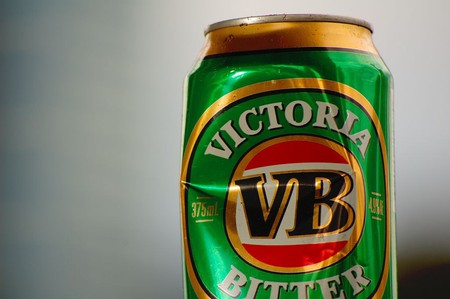 Australia has produced many classic, controversial, and funny television commercials over the decades. Some of the country’s most watched advertisements have definitely become a part of the Australian psyche too. Here are 10 of Australia’s most beloved commercials.

Vegemite’s black and white advertisement has to be the most classic Australian TV commercial. Released in the 1950s, this ad also included the We’re Happy Little Vegemites jingle, which was created by J. Walter Thompson Co. The song, about Vegemite making kids stronger and putting a rose in every cheek, is still being used in Vegemite advertisements today. However, some of the lyrics have been altered to keep up with the times. The jingle, the spread, and the commercials are all a part of Australian culture today.

Who knew a fly would become an Australian TV advertisement icon? Louie the Fly first flew onto Australian TV screens in 1957. His career spanned over 50 years, and the only thing the bad boy fly was afraid of was Mortein, an Australian incesticide brand. In his first commercials, he spoke of the diseases that he carried, “from the rubbish tip to you”, which only Mortein could kill. Although he got a makeover or two over the years, his message remained the same.

“My dad picks the fruit that goes to Cottee’s. To make the cordial that I like the best”. Another classic Australian ad, another catchy jingle. Although this TV advertisement was broadcast in the 1980s, many Australians continue to sing the song over 30 years later. Today, Cottee’s is still Australia’s number one favourite cordial, made from 25% fruit juice. “Kids deserve Cottee’s”.

Australian Tourism Commission (now Tourism Australia) has produced some iconic TV advertisements. Even in 2018, one of its commercials was featured during the Superbowl. Paul Hogan, of Crocodile Dundee fame, starred in several ads between 1984 and 1990. The commercials were actually only broadcast in the United States, although they’re such an important part of Australian life today. Hogan was urging Americans to visit Australia, telling them he’ll put an extra “shrimp on the barbie”. This saying is now an iconic Australian statement; a reference people use when speaking about Australia. It’s a pity Australians today use the word prawn instead.

Back in the early 80s, the Anti-Cancer Council of Victoria (now Cancer Council Victoria), created one of its most successful health campaigns. It featured Sid the Seagull telling people to take care in the Australian sunshine: to slip on a shirt, slop on sunscreen, and slap on a hat. Sid has had a makeover in recent years, but his message is just as important in today’s society, due to the effects of global warming. These three words are now a part of the Australian way of life.

Qantas the Spirit of Australia

Qantas’ I Still Call Australia Home campaign ran from 1997 to 2004. It became one of the country’s most successful advertising campaigns, as it aimed to link Australians living at home to those living or travelling abroad. The 1998 commercial is definitely the most beloved by many Australians. It involved the Australian Girls Choir and National Boys Choir singing I Still Call Australia Home in various beautiful locations around the world. They produced several more similar advertisements in the early 2000s.

Victoria Bitter (also known as VB or Vic), has had the same slogan since the 1960s: “A hard earned thirst needs a big cold beer, and the best cold beer is Vic”. This catchphrase was also used in the beer’s advertising campaigns, since the first commercial aired in 1968. It pointed out a myriad of ways people could work up a thirst, and the only way to cure that thirst was to drink a VB. For the 50th anniversary in 2018, VB released a new commercial called Knock Off Times, which highlights that although there are many different knock off times today, the one thing that remains the same is that a hard earned thirst needs Vic.

A favourite among the older generation of Australians, this Palmolive advertisement featured Madge the manicurist telling her customers that they’re soaking their hands in dishwashing liquid. Apparently, the liquid made hands even softer, and dishes never looked better! Robina Beard played witty Madge for 20 years, from 1968 to 1988. The role made her an Australian TV icon.

In 2006, Tourism Australia released a catchy, but nonetheless controversial, commercial. Created by M&C Saatchi, the $180 million Where the Bloody Hell Are You? advertising campaign caused controversy due the use of the word bloody, and it was banned in the United Kingdom. It features scenes from the outback, the beach, and Sydney Harbour, and finishes with a bikini-clad Lara Bingle saying the catchphrase. The advertisement, which garnered a lot of press coverage, basically launched Lara Bingle’s career.