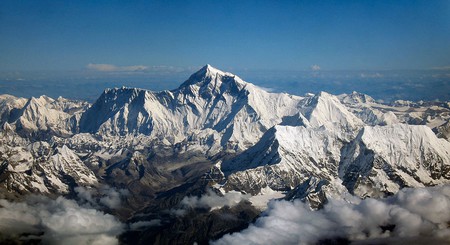 Thousands have reached the summit of Everest, however, the mountain is not a place for amateurs. It requires respect, and it takes a skilled mountaineer with an enormous amount of courage and willpower to attempt the climb, and we applaud these ten Aussies who have completed the ultimate expedition.

Tim Macartney-Snape paved the way for all Australian Everest summiteers when he and Greg Mortimer became the first Aussies to reach the summit on the 3rd of October 1984. Born in Tanzania, he moved to Australia as a child and summitted Dunagiri, Ama Dablam and Annapurna II before tackling Everest. In 1984, a small team of Australians including Macartney-Snape and Mortimer began ascending Mount Everest on an unclimbed, North Face route without supplementary oxygen. The journey was full of uncertainties, but sheer willpower allowed the duo to overcome an earlier avalanche, in which they lost their high altitude climbing boots, to continue upwards in time to witness the sunset at the peak of the mountain. Macartney-Snape described the experience as ‘mind-blowing.’ In 1990, Macartney-Snape returned to the Himalayas and spent three months trekking from sea to summit, becoming the first person to walk from sea level to the summit of Mount Everest, and two years later, he received the Member in the Order of Australia for his contribution to mountaineering.

Despite losing the front third of his feet to frostbite while descending Kangchenjunga, Michael Groom continued to climb, and his determination led him to the summit of K2 in 1994 and Makula in 1999, but it’s his four Everest expeditions that truly demonstrate his fortitude and bravery. In 1991, Groom unsuccessfully tried to summit Mount Everest on two occasions, with his second attempt ending after he fell 900 metres down the Lhotse Face after being struck by an avalanche. Miraculously, Groom’s only injuries were a broken nose and broken ribs. In 1993, Groom summitted Everest without supplementary oxygen and returned three years later as a guide for Adventure Consultants during the 1996 season in which the Everest disaster occurred, resulting in eight deaths. Groom was among the climbers who wandered into the blizzard as they were descending through South Col. The 2015 film Everest depicts the disaster with actor Tom Wright portraying Groom. 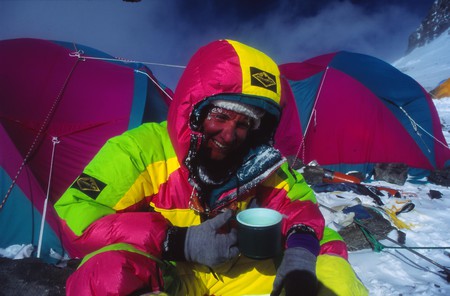 Brigitte Muir may have been born in Belgium, but after becoming an Australian citizen in 1987, she went on to become the first Australian woman to summit Mount Everest as well as the first Australian woman to walk to the South Pole and the first Australian, male or female, to climb the Seven Summits. Before dedicating her life to mountaineering, Brigitte graduated with honours in archaeology, history of art and musicology, but by the mid-1970s, she began rock climbing and caving, and in the late 1980s, she began to pursue the Seven Summits. Brigitte made the pilgrimage to Everest in 1993, 1995 and 1996, but it wasn’t until May of 1997 that she summitted with Team Ascent on the South Col route. 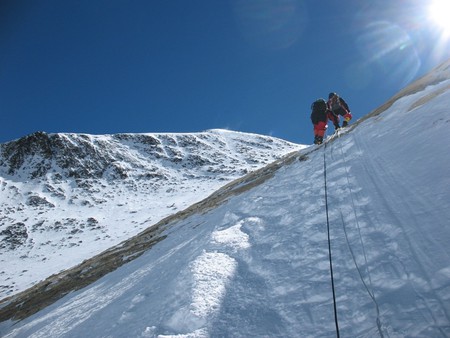 Former Second Gladseville Boy Scout Greg Mortimer shares the honour of first Australian to summit Everest with fellow climber Tim Macartney-Snape. He also shares the title of the first Australian to climb K2 with Greg Child, a feat they accomplished in 1990. But the first-time honours don’t stop there. A year before he tackled Everest, Mortimer became the first person to climb the South Face of Annapurna II, and four years after Everest, he became the first Australian to climb Antarctica’s highest mountain, Vinson Massif. Throughout his climbing career, Mortimer has obtained countless injuries and even succumbed to altitude sickness while descending Mount Everest, which led him to trip and roll down the mountain. Unbelievably, none of his injuries or climbs have proven fatal.

In May 2016, a teen from Toowoomba became the youngest Australian to summit Mount Everest after two previous attempts. Alyssa Azar began scaling mountains in 2005, and at eight years old, she set the record and became the youngest person to cross the Kokoda Track. After climbing Mount Kosciuszko and Mount Kilimanjaro, Alyssa completed a mountaineering course in New Zealand and began endurance and strength training for Everest, which included dragging tires and kettlebells and hiking with an elevation mask. Alyssa’s first Everest expedition in 2014 was unsuccessful due to the avalanche on the Khumbu Icefall which killed 16 Sherpas, and a year later, she found herself at basecamp during the devastating Nepal earthquake which killed 21 people on the mountain and thousands more in the surrounding regions. With unwavering determination and a playlist which included Metallica, Eminem and Lorde, Alyssa returned to Everest in 2016 and finally summitted. 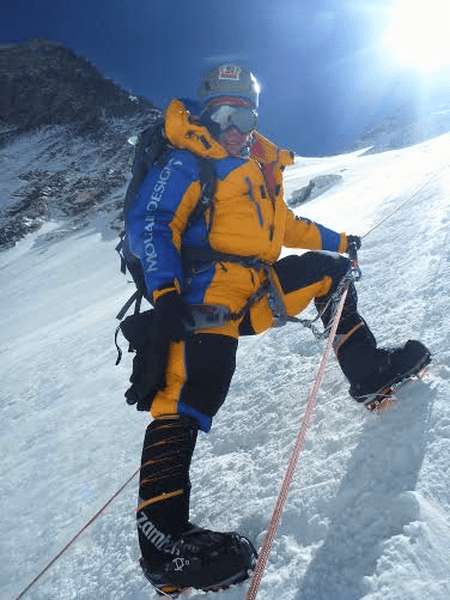 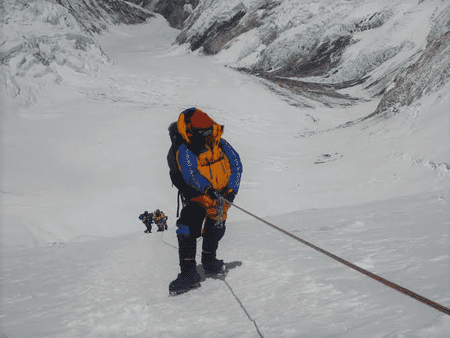 In May 2008, Cheryl and her daughter Nikki became the first mother-daughter duo to reach the summit of Everest. This accomplishment also meant their eight-year Seven Summits quest was completed, and they were the first mother-daughter team to do so. After their expedition, they became the joint recipients of the Australian Geographic Spirit of Adventure Award. Cheryl Bart holds a degree in commerce and works as a lawyer and company director, while her daughter holds a Bachelor of Medicine and Bachelor of Surgery, and in 2010, she received the John Monash Scholarship and went on to research Hypoxia.

In 1998, Lieutenant Colonel Zac Zaharias joined the Australian Bicentennial expedition to Everest and came within 300 metres of the summit, without the help of Sherpas, before having to turn back, and in 2001 when leading the Army Alpine Association team, he came within 100 metres of the summit. It was third time lucky for the retired senior Australian Army officer who finally summitted in 2010, becoming the oldest Australian to summit Mount Everest and the second Australian Army representative to do so. Zaharias is one of Australia’s most experienced high altitude mountaineers and has climbed six of the world’s 14 eight-thousanders as well leading and participating in 17 high altitude expeditions. 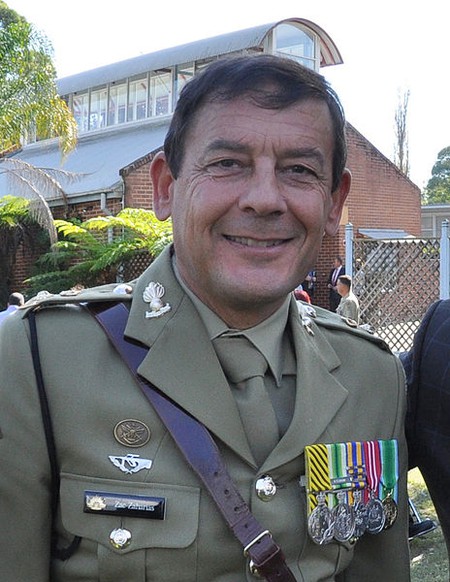 Canberra-born Lincoln Hall wrote seven books, founded the Australian Himalayan Foundation, received the Medal of the Order of Australia and was on the first Australian expedition to Everest in 1984; however, it wasn’t until 2006 that he finally added the title of Everest summiteer to his résumé. It was the descent, though, that almost cost him his life. After successfully reaching the peak in 2006, Hall was abandoned at 8,700 metres by his expedition leader and several Sherpas who assumed that he had died from a type of altitude sickness. Astonishingly, 12 hours later, another expedition team found him very much alive. Hall had survived the night without clothing, without a sleeping bag or tent, without an oxygen mask and with no food or water, and although badly frostbitten, he was able to talk and even walked part of the way down the mountain. Hall died in 2012, in Sydney, with friend Greg Mortimer by his side. 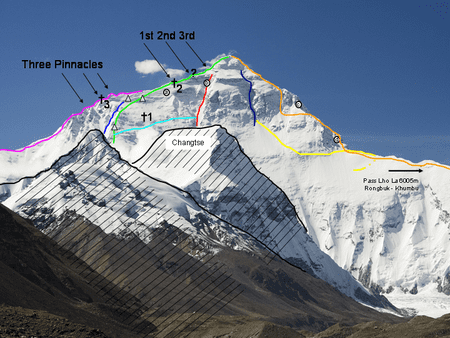 In October 2009, Andrew Lock became the first Australian to climb all 14 eight-thousanders, his first being K2 in 1993. In 1991, he attempted to reach the summit of Mount Everest; however, a member of his team fell 1000 metres to their death and another friend became ill just before the summit. Upon attempting the summit again in 1993, a member of Lock’s team went missing, and he and a teammate spent three days at 8,000 metres in a blizzard and without oxygen trying to find him on South Col. His third endeavour, in 2000, saw him become the first Australian to lead a commercial expedition to the summit of Mount Everest. In 2004, he returned as a member of the Discovery Channel expedition to make the six-part miniseries Ultimate Survival – Everest. Lock documented his voyage to the summit, and on the descent, he rescued four climbers, giving up his own oxygen to do so.

Dual New Zealand and Australian citizen Christine Jensen Burke is the only Australian or New Zealand woman to reach the summit of K2 and was the first woman from either country to climb the Seven Summits. In May 2011, she became the 5th New Zealand woman and 10th Australian woman to summit Mount Everest. She prepares for expeditions with weight training and walking through the Great North Walk in Sydney and brings a jar of Vegemite on her trips to help combat homesickness. She has climbed eight of the eight-thousanders including Everest, Lhotse, Gasherbrum 2, Gasherbrum 1, and Manaslu Makalu, K2, and Cho-Oyu and Annapurna. 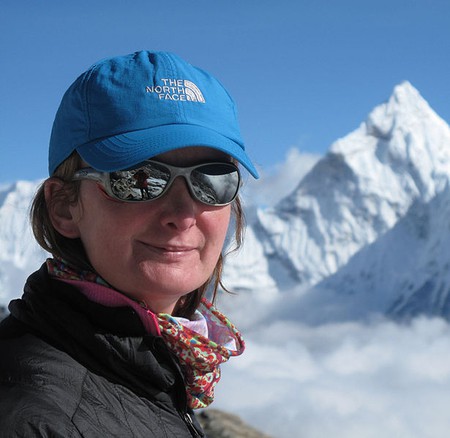