Bursting onto the cultural scene with the united intention of shaking up the stagnant art establishment of 1940s Australia, the Angry Penguins were forthright, unapologetic and devoted to their craft. A cluster of self-professed ‘angry’ and avant-garde young visual and literary artists, they sought to invigorate language and painting with a new, feisty and revolutionary modernism. 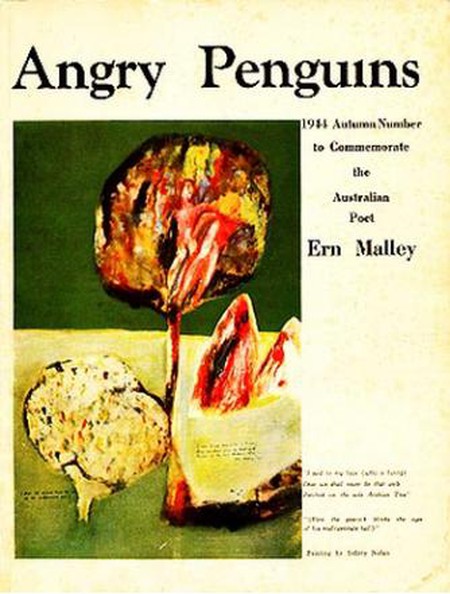 All that the Angry Penguins did departed from what they perceived to be the instinct of insularity possessed by their artistic contemporaries. Their aim was to move towards an inspired, organic artistic vision building upon and beyond corresponding European movements such as surrealism and French symbolism. Adelaide University was the melting pot for this production of fresh modernist art, the environment in which the four founding members – Max Harris, Geoffrey Dutton, Donald Kerr and Paul Pfeiffer – met and established the Angry Penguins magazine under the watchful eye and patronage of poet C. R. Jury. The magazine soon spiralled into the complete artistic movement, shaped by the voices of the young artists involved but also by the overarching and unavoidable dominance of the Second World War.

The Angry Penguins are now arguably most commonly associated with the Ern Malley Literary Hoax. Writers James McAuley and Harold Stewart, by way of opposition to the Penguins’ attitude to literature, invented the figure of fictitious poet Ern Malley and sent his ‘body’ of work – created by McAuley and Stewart in one day – to Harris’s journal. Harris published the poems and the hoax had a significantly pejorative effect on the perception of modernism in Australia. This negativity surrounded the group until relatively recently, when the Malley poems were reconsidered by experts and judged to be excellent examples of surrealist craft in their own right.

Here we have just ten of the multitude of writers and painters associated with the Angry Penguins movement, introducing shared concepts, common artistic outlooks and looking behind the hoax. 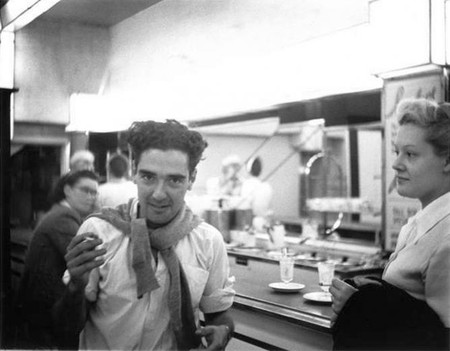 The founder of the Angry Penguins movement, Max Harris, was, from a tender age, an enthusiastic young poet – proudly displaying his juvenilia in the Possum Pages of the Sunday Mail newspaper. From these humble beginnings experimenting within the strict boundaries of lyrical poetry, Harris developed into one of the foremost surrealist poets of his generation. Harris punctuates his carefully considered yet avant-garde form with these signature moments of lyricism that demonstrate reverence for the history of the craft, managing to display true clarity of tone and subject in this collision of modernism with traditionalism. The controversial poem ‘The Pelvic Rose’, whilst considered by some to be youthfully ambitious in its bid to move Australia away from artistic conformity, signals a literal and figurative cultural rebirth in its brazen approach to sexuality and clear influence from Freud and Huxley.

Kerr and Pfeiffer are considered to be the ‘lost’ Angry Penguins in terms of life-span and material, yet deserve to be remembered for their contribution to modernist poetics. Both young artists died in their mid-twenties whilst serving in the Royal Australian Air Force during the Second World War, yet despite their short-lived careers, Kerr’s verse was considered to be of almost classical beauty and the style of Pfeiffer’s creations likened to the perfection of Greek tragedy. Along with Max Harris and Geoffrey Dutton, Pfeiffer and Kerr were the founding poets of the Angry Penguins movement and had many of their works displayed in the original journal.

Solicitor, publisher and literary enthusiast John Reed and his wife, the art patron Lelda Sunday Baillieu, were husband and wife. Despite not explicitly creating art themselves, the pair were integral to the Angry Penguins movement: they bought and restored the 15-acre estate known as Heide, which was to become the Angry Penguins’ artistic centre for the duration of their history. The Reeds also formed the Contemporary Arts Society by way of encouraging modernist art in Australia, which sparked John’s famous friendship with Sidney Nolan and relationship with Max Harris, leading, in 1943, to John’s resignation from his legal practice in order to establish Reed & Harris publications, producing the Angry Penguins journal. By the conclusion of the Second World War, John and Sunday Reed were known as champions of modern art, providing artists with regular stipends of considerable value. The Reeds also adopted Joy Hester and Albert Tucker’s son, Sweeney, following the dissolution of the Tuckers’ marriage, an arrangement that culminated in an unhappy childhood for Sweeney and his eventual suicide in 1979.

Regarded as one of the most versatile, sharp and astute literary artists in Australia, Geoffrey Dutton produced a total of nine collections of poetry, eight novels, numerous works of criticism and various biographies of Australian writers. Dutton’s first poems were published in the Angry Penguins magazine, an opportunity that arose from his friendship with fellow student Max Harris at Adelaide University. Max Harris was also responsible for publishing Dutton’s first collection of poetry, Night, Flight and Sunrise, in conjunction with John Reed. Dutton’s university career was cut short by the war, in which he became a member of the Royal Australian Airforce, after which he moved to England to take up his place at Magdalen College, Oxford. Dutton is best known for his poetry collection Antipodes in Shoes, which won the Grace Leven Poetry Prize, the Australian Book Review and his collection of letters created in conjunction with Harris, Australian Letters (1957-68).

By the age of 19, John Perceval was exhibiting his paintings at the Contemporary Art Society in Melbourne, alongside artists that were soon to become his Angry Penguin comrades. As the last of the original core members, much has been written and speculated about Perceval’s career and personal life, attempting to marry the ebullient colour of his paintings with the perceived tragedy of his domestic existence. With a fraught childhood marred by parental estrangement and contracting polio at 15, his adult life continued to follow the trajectory of tortured genius: Perceval struggled with alcohol dependency and spent a considerable amount of time in a psychiatric unit. Despite or perhaps due to this, his paintings such as the depictions of Williamstown and Gaffney’s Creek are remarkably and arrestingly vibrant, perhaps displaying the stark, brash way in which Perceval viewed the world.

The prolific visual artist Arthur Boyd (1920-1999) remains internationally acclaimed for his pottery, painting and graphic art. In terms of artistic pedigree, Boyd is unparalleled: as part of one of the foremost artistic dynasties in Australia – son of the sculptor and painter Merric Boyd and painter Doris Gough – Boyd’s artistic ability was consistently ratified and encouraged from a young age. From depicting sprawling Australian landscapes to bleak expressionism, sometimes with considerable overlap between the two, Boyd’s style propelled Australian artistry into the 20th century with works such as the Bride series and the stark patterning of the Bullfrog Head. Boyd was conscripted into the Australian army during the Second World War and despite never seeing active service, his depictions of men returning from war, crippled and desolate, remain some of the most haunting images of the period. 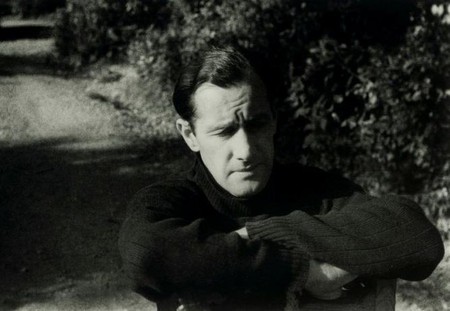 Nolan became a member of the Angry Penguins in the 1940s, during which time – as well as aiding the design of the Angry Penguins journal – he devised the renowned series of paintings inspired by the outlaw Ned Kelly. Nolan’s style draws considerably on personal experience, translated into expressionist art by obscuring and intensifying the varied effects of different media. Nolan’s style moved towards landscape artistry during his time in the Australian army, sprawling desert vistas carrying potent symbolism that graduated post-conflict into representations of Australian legends and figures of folklore. His painting is recognisable for its fluidity and broad strokes, characteristics that stand apart in ripolin and on polyvinyl acetate, Masonite, glass or canvas. Drawing influence from abstract artist Paul Klee, Nolan’s own abstract creations such as ‘Boy and the Moon’ (1940) – a streak of yellow across a stark blue background – prompted controversy amongst visitors to his studio and critics of art.

Russian-born Australian painter and sculptor Danila Vassilieff is considered by some to be the ‘father of Australian Modernism’. With a personal history that reads like the pages of a dark novel, the Bolshevik-fighting Cossack, nomadically wandering between China, France, Brazil, the West Indies, Spain and England, eventually arrived in Melbourne in 1935. Considered to have led the Angry Penguins in terms of style and outlook, Vassilieff’s channelling of Russian folk art into the core of Australian artistry was exactly the cultural reinvigoration the group desired. Vassilieff painted from the streets, setting up his easel and making broad, expressionist depictions of urban life that do away with preparatory drawing in favour of a spontaneous approach emphasising emotional response. The children that ran across Vassilieff’s scene as he painted, appear in works such as ‘Soap Box Derby’ (1938) and ‘Street Scene with Graffiti’ (1938), becoming symbolic of both the abiding innocence of youth and the hard, urban reality in which people raise the next generation. Vassilieff died of heart failure in John Reed’s arms at Heide, finding his last resting place at the artistic home of the Australian avant-garde. 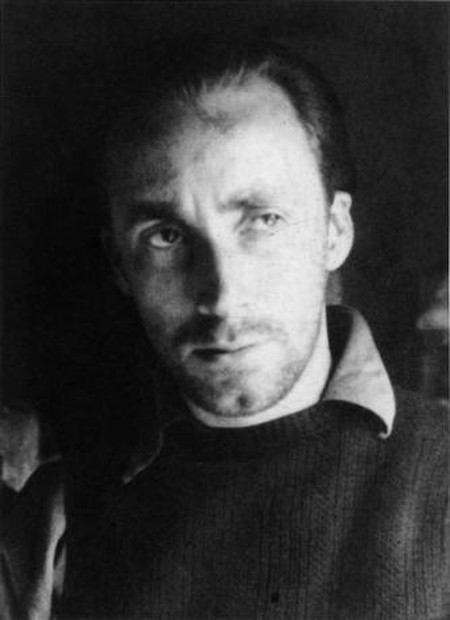 Painter Albert Tucker’s most visually evocative work was produced during his time in the military. Having been conscripted in 1940, Tucker’s constitution was not fit for war and he spent a significant proportion of time as a patient in Heidelberg Military Hospital. During this time, he was contracted to produce portraits and paintings for the plastic surgery unit, focusing on the psychical wounds of war that required rebuilding yet his images betrayed war’s encroaching toll on the mental state of its participants. ‘Man At Table’ – his pen-and-ink depiction of a solider seated at a table with his nose missing from a shell fragment – and ‘Floating Figures’ – the study of two ethereal figures floating through a hallway and a face dominating the foreground with a disturbed grin – display the violent uncontrollability of shell-shock, serious disfigurement and the madness induced by war, whilst remaining faithful to his reverence for expressionism and social realists such as John Augustus Walker. Years later, the disfigurement Tucker witnessed during his time at Heidelberg resurfaced in the cratered heads of his 1950s and 1960s paintings and the distortion of the victory women in the ‘Images of Modern Evil’. 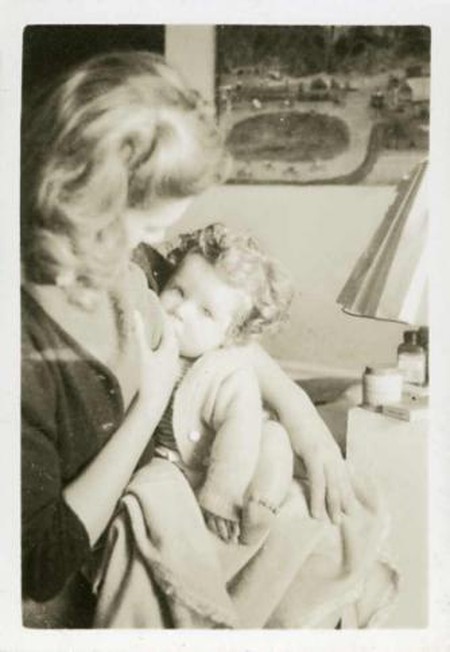 As the only woman artist in Angry Penguins, Joy Hester was set apart from her contemporaries by choosing to create ink drawings rather than traditional paintings. This technique of carefully honing what was previously considered to be the preparatory precursor to the superior oil painting, together with her rapid production of images whilst seated on the floor, resulted in Hester being considered a causal artist and her work being largely overlooked during her lifetime. The human face is Hester’s focus point, attempting to reflect intense emotion and psychological disposition in her bold, expressionist study of the eyes. The power of Hester’s compositions stems from the influence of German Expressionism and the alternative portraiture of Picasso, stacking up stark lines to conjure arresting emotion. She is perhaps best known either for the Gethsemane series, concentrating on the haunting depiction of upward gazing heads, or her insightful portraits of friends and family. The Face, Sleep and Love series that appeared in the years following her diagnosis with terminal Hodgkin’s disease and subsequent abandonment of Albert Tucker and their son, Sweeney, for married artist Gray Smith, represent Hester’s movement towards a deeper sensuality and reverence for nature in her final years.