Why Australia Dominates The Commonwealth Games 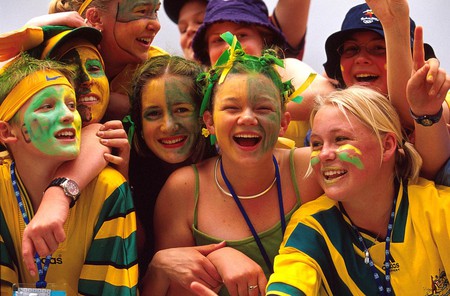 On the all-time Commonwealth Games medal table, Australia’s haul of silverware — 2218 medals including 852 gold, 716 silver and 650 bronze — towers above the rest of the field, hundreds ahead of nearest rival England. So while we’re all revved up watching the 2018 Commonwealth Games on Australia’s Gold Coast, learn exactly why the Aussies dominate the second biggest multi-sport event on the planet.

The expression ‘You’ve got to be in it to win it’ may as well be the motto of Australia’s Commonwealth Games team, because of the 70 countries that will line up at Gold Coast 2018, Australia is also one of only six to attend every single one of the prior 20 editions. And of those 20 Games, Australia has topped the medal tally in 12 of them — England has triumphed in seven and Canada one — and will start as hot favourites to take out top spot on home soil this April.

Australia hasn’t just attended heaps of Commonwealth Games, it’s hosted plenty, too. When that sunny corner of South East Queensland known as the Gold Coast steps up to the plate this April, it will be Australia’s fifth time hosting the Comm Games (following Sydney 1938, Perth 1962, Brisbane 1982 and Melbourne 2006) — and the advantage you receive from a supportive home crowd and familiar conditions counts for a lot on the medal table. 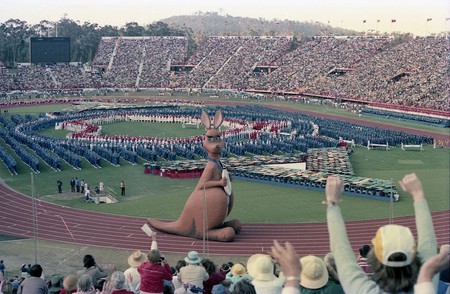 Australia’s strongest performances at the Commonwealth Games have come in the modern era, when more and more medals have been handed out. England claimed top spot in five of the first eight Comm Games between 1930 and 1966, back when some editions only featured 59 medal events, whereas Australia was the best performing nation at six Comm Games in a row between 1990 and 2010, which included as many as 281 events.

If you want to dominate a sport, pick one with loads of medals up for grabs… something like swimming, for example. Australia has bagged a stunning 660 medals in the pool — which is virtually double nearest rivals England (350 medals) and Canada (328) — including 277 golds, more than 50 per cent of the total number ever distributed (538). The Aussies aren’t quite so prolific in athletics — England’s 560 medals edge Australia’s 459 — but that’s another sport with plenty of medals on offer that helps boost Australia’s overall tally. 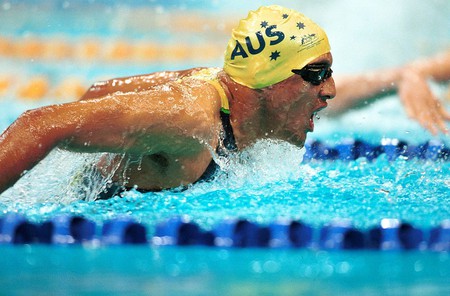 Australia is a sporting nation

There are loads of possible explanations for Australia’s obsession with sport. One is that Aussies take huge pride in and self-identify through their sporting achievements — especially when it comes to beating the old motherland, England — because Australia is such a young country with a short history. Another is that Aussie athletes possess a ‘have a go’ fearlessness, a winning mentality, or some other innate quality that’s transmitted through the water. Perhaps the most likely is that Australia is a sunny country full of wide open spaces and boundless coastline that almost looks like it was designed specifically to cultivate elite athletes. The country’s abundance of parks and pools serve as a production line that churns out quality sportspeople that go on to claim swags of Commonwealth medals.

And it’s relatively big and wealthy, too

This explanation of Australia’s sporting success is a little more boring. Firstly, as far as the British Commonwealth goes, a nation of 25 million inhabitants is relatively large — not quite as big as Pakistan (197 million) or Nigeria (193 million), but positively hulking compared to the might of Guernsey or Tuvalu. Australia is also incredibly fortunate to be such a wealthy country, with all the advantages that affords. According to the IMF, Australia boasts a nominal GDP per capita of US$56,135, making it easily the wealthiest county competing at the Comm Games. 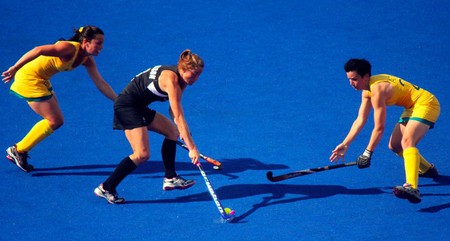 The government spends a fortune on elite sport

The public-funded Australian Sports Commission piles hundreds of millions of dollars into their high performance program, which is an extraordinary luxury that most countries cannot afford. The ASC has overseen Olympic and Commonwealth Games sports since 1987 and you only need to look at Australia’s improved results over that period to realise that money does indeed buy medals.

The extensive government funding includes hundreds of scholarships offered across dozens of sports at the Australian Institute of Sport, which explains why Australia competes so successfully at a multi-sport event like the Commonwealth Games. Malaysia can dominate the badminton, Singapore stands out in the table tennis and India smashes the weightlifting but it’s an even contribution across the board that ensures medal tally dominance — for example, green and gold appeared on the podium at 16 of the 18 sports during Glasgow 2014.