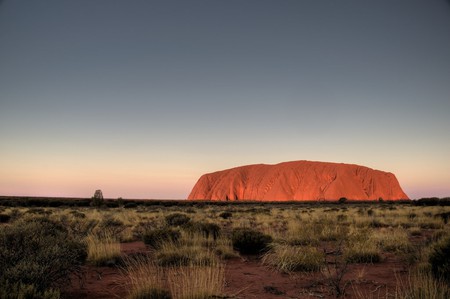 ‘It’s not Disneyland’. That’s the blunt message Uluru’s traditional indigenous custodians have delivered as authorities confirm that climbing the iconic Australian landmark will be banned from October 2019.

The eight members of the Uluru-Kata Tjuta National Park board voted unanimously to outlaw climbs after consulting the local Anangu community, who consider the enormous sandstone monolith a sacred site.

The ban will take effect on Oct 26 2019, 34 years to the day after ‘The Rock’ was handed back to its historic custodians. The Federal Government previously agreed to ban climbs in 1985 but later reneged on that commitment, so this announcement has been a long time coming. 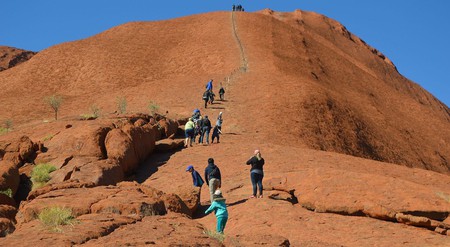 “It’s an extremely important place, not a playground or theme park like Disneyland,” the board’s chairman and Anangu man Sammy Wilson said in a speech at Uluru on Wednesday.

“If I travel to another country and there is a sacred site, an area of restricted access, I don’t enter or climb it, I respect it.

Some people in tourism and government for example might have been saying we need to keep it open but it’s not their law that lies in this land.

The Government needs to respect what we are saying about our culture in the same way it expects us to abide by its laws. 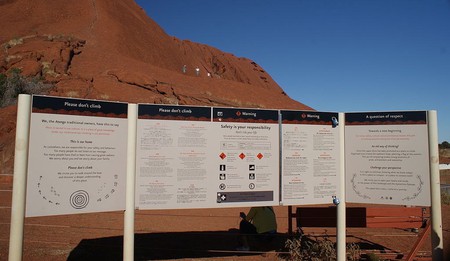 Since 1992, signage at the foot of the climb has discouraged tourists from scaling Uluru by asking them to observe traditional Anangu law and respect the spiritual significance of the site.

Uluru has hosted traditional ceremonies for 10,000 years because local indigenous people believe the Rock was created by ancestral beings whose spirits live on in these sacred sites. The climbing route specifically violates one of 11 sacred Dreaming trails or songlines found in the the Uluru-Kata Tjuta National Park.

The climb is also dangerous – at least 35 people have died climbing Uluru since the 1950s, including the most recent fatality in 2010.

Those warnings don’t dissuade every tourist from scaling the Rock, however – national park data suggests 16% of visitors climb Uluru despite the warnings. Even Prince Charles and Princess Diana had a go on a 1983 visit. 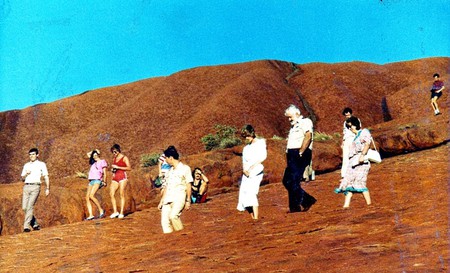 Intense debate has surrounded the ban since it was first proposed in 1985. In 2010, a Federal Government management plan promised to phase out the activity, before Northern Territory politicians encouraged the Aboriginal custodians to forfeit their opposition to the climb last year.

Opponents fear a ban will damage visitor numbers, despite the huge range of other activities in the national park that don’t involve trampling on a site considered sacred by the oldest living culture on the planet.

The ban was met with a flood of support on social media, with most users agreeing it’s a common sense decision based on a simple matter of respect for indigenous culture.

When someone asks you to take off your shoes in their house, do you throw a tantrum and insist you wear them? No. So don’t climb Uluru.

The best view of Uluru is from the bottom.