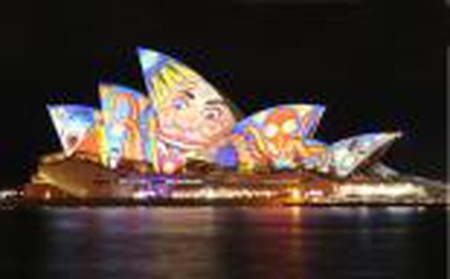 The Australian theatre is committed to nurturing young talent. Playwriting Australia’s Re-Gen program focuses on funding and supporting artists aged between 18 and 25 to help them build their careers. Here we take a look at some of the most vibrant playwrights in Australia right now.

Messenger gleans her sharp eye and seemingly intrinsic understanding of what works for the stage from her own experience as an accomplished actress. Bursting onto the scene in 2009 with her first original script Rain, she received instant critical acclaim and was shortlisted for the Inscription awards. Since this impressive start, Messenger has gone on to create over 17 plays produced professionally and independently, many of which were made possible by the funded script support Messenger received from Playwriting Australia and Stages WA Playwrights’ Consortium.

As a result of involvement with and encouragement from Somersault Theatre Company’s From Scratch program, Messenger produced her science-fiction superhero epic The Night Guardian, which debuted at the 2013 National Playwriting Festival and featured in Perth Theatre Company’s Pop Up Play Readings. Now affiliated with Ellandar Productions as a writer and producer, Messenger is working on a new production of her acclaimed play, The Standover Man.

Playwright Elise Hearst has boomeranged from Melbourne to the Royal Court Theatre’s Young Writers’ Program in London and back again to Australia. During her stay in London, her work was shown at the Soho Theatre and Trafalgar Studios. Once she was re-established in Melbourne, her play Dirtyland was included in the 2009 National Play Festival and premiered with a full production at the New Theatre in 2011. Hearst’s renowned play Apple scooped the most prestigious prize at the Monash University National Playwrights’ Competition.

Theatre-maker Declan Greene is also one of the most accomplished playwrights working in Melbourne. Winner of the Malcolm Robertson Prize, the Max Afford Playwright’s Award, the AWGIE for Theatre for Young Audiences, and the Green Room Award for Best Original Writing, his plays Moth, Pompeii, and Eight Gigabytes of Hard-core Pornography have reached audiences everywhere, from the Studio Theatre in Washington D.C. to the Sydney Opera House. Greene co-runs the small, independent theatre company Sisters Grimm with Ash Flanders and has directed all of their productions to date, even occasionally taking drama away from the conventional stage in favor of alternative platforms and increasingly atmospheric natural spaces.

In 2009, director, actor and writer Gary Abrahams graduated from the Victorian College of the Arts, where he was awarded the Grace Wilson Trust Award for new writing and the Kim Marks Scholarship for Artistic Practice. Following graduation, Abrahams took part in the 2009 Lincoln Centre Theatre Director’s Lab in New York while simultaneously working as a dramaturge at Red Stitch Actors Theatre.

Abrahams’ plays include an adaptation of a James Baldwin novella, which Abrahams titled Acts of Deceit (Between Strangers in a Room), and Something Natural But Very Childish, which wasbased on the short fiction of Katherine Mansfield. Indeed, both 2010 works were met by enthusiastic critical appraisal: Acts of Deceit was nominated for Best New Writing, Best Ensemble, and Best Director at the 2010 Greenroom Awards, while Something Natural was nominated for Best Actor, Best Ensemble, Best Play, Best New Writing and Best Director – the latter scooped by Abrahams in the independent category. His recent adaptation of Emile Zola’s Thérèse Raquin was featured as part of the 2012 Playwriting Australia Festival and cementing his place as an influential young voice to watch.

With a BA from the University of Sydney and a Graduate Diploma in Playwriting from the National Institute of Dramatic Art, Natalie Savvides is a force in the world of theatre. Her debut play, Pigmentation (2005), received a Merit in the Sydney Theatre Company’s Young Playwrights’ Awards and was published in the Young Writer’s Showcase. This instant hit gave Savvides the impetus necessary to take Australian theatre by storm.

Her 2007 play The Glass Jar continued her impressive record of attracting critical acclaim and was long-listed for the Patrick White Playwrights’ Award. This was followed by her 2009 play Apparition, which was short-listed for the 2009 Inscription Youth Award, Savvides was simultaneously producing her radio play Knightsbridge as part of the Theatrevoice Urban Scrawl Project. Savvides’s highly anticipated Light Box (2011) was the product of two creative developments, one awarded by Playwriting Australia. Savvides’ pithy writing style has resulted in a string of accolades.

Award-winning poet and playwright David Burton worked as a lecturer at the University of Southern Queensland for four years. Nurtured by the JUMP National Mentoring Program, Burton has created numerous successful works for theatre. In 2010, his Furious Angels premiered as part of the Metro Arts’ independents season in Brisbane, the same year in which he wrote Captain Pathos and his Army of Imaginary Friends as the headline play for the University of Southern Queensland’s Children’s Theatre Festival.

Producing the headline act for the festival was a natural move for Burton, particularly following the national success of his Spirits in Bare Feet, written for the same event the year before. Burton has had his work showcased in Adelaide, Canberra, Cairns, and Germany and has a Masters in Creative Writing. He has also penned a novel, The Liberation of Ada and the Ensuing Death of God, and a poetry collection Endure, Then Stand Up.

Pollock is famous for her interweaving of painful reality with overt poetic gestures, creating a projection of intimacy that is almost tangible for the audience. Pollock’s Blue Italian was first broadcast on Radio National’s Airplay in 2003 and was met with such enthusiasm that it was repeated two years later. Pollock took this work to the stage for the Street theatre and the Canberra Festival of One-Act Plays in 2008, where it was award the Best Drama Production accolade.

Her first play at the New Theatre, Sydney, A Quiet Night in Rangoon, which focused on the Saffron Revolution in Burma, was described as a “poetic exploration of the moral chaos of political engagement” and received impressive reviews from Stage Noise, The Sun Herald and The Sydney Morning Herald. In 2012 came the Blue Angel Hotel, an exciting investigation of why dangerous liaisons are so tempting. Pollock is also an accomplished theatre academic, holding an MA in Theatre and another in Directing from the University.

Darwin-raised and Brisbane-based playwright Stephen Carleton stormed to success as the winner of the 2004-05 Patrick White Playwrights’ Award for his work Constance Drinkwater and the Final Days of Somerset, the same play later being shortlisted for the Queensland Premier’s Award and the Queensland Premier’s Literary Award. Another of Carleton’s works, The Narcissist, was nominated in the same category, singling Carleton out amongst his contemporaries even before he was awarded the 2006 New York New Dramatist accolade.

The Narcissist was a resounding success for Carleton; it started at the La Boite Theatre Company in 2007, then had an extended season at the Sydney Opera House in September 2008. He is currently co-artistic director of Knock-em-Down Theatre in Darwin, and has produced numerous political cabarets for the company during his decade in the role, including Surviving Jonah Salt (2004) and The Seven Deadly Aussie Sins (2008). Carleton juggles his playwriting while convening the Drama Major at the University of Queensland.

Perth Playwright Chris Isaacs is among the youngest and freshest of faces on the Australian theatre scene. His latest work, Flood, opened the 2014 Black Swan Theatre Company season and was picked to participate in the Perth Fringe Festival. Flood harks back to 2010-11, when the whole of Australia – particularly Queensland – fell prey to terrible flooding. The physical and emotional destruction is played out in Isaacs’ work as he treads the line between impartial creativity and social commentary. Isaacs is also the co-creator of It’s Dark Outside, which was nominated for a 2013 Helpmann Award, and is a member of Black Swan’s Emerging Writers Group.

Another member of the Black Swan State Theatre Company Emerging Writers Group, Perth-based Gita Bezard was in 2013 chosen for the Re-Gen program for the National Play Festival and has since been awarded the Stages WA Co-Commission to adapt two plays for the Perth Theatre Company. Bezard’s One Night Echo established her as a powerful talent, one capable of moving seamlessly between comedy and grittier content. Indeed, her skill in weaving the jovial with the troubling stems from her comic work with the improv group The Big Hoo Haa. In 2010, Bezard received the Australia Council grant to travel to Serbia and study with the Dah Theatre. Two years later, she was awarded a DCA Young People and the Arts Fellowship to development plays in the UK and USA.