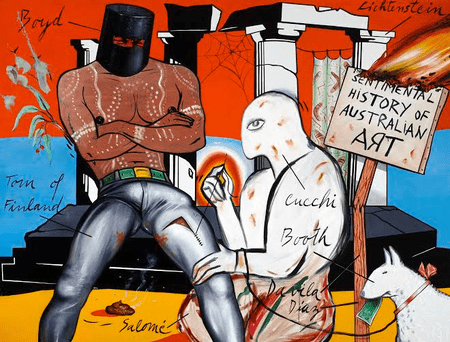 Born in Santiago, Chile in 1946, Juan Davila was initially destined for a career in Law before abruptly switching gears to ultimately become a prominent Australian artist. In the year that followed completion of his law studies in 1969 at the University of Chile, Davila steered his path towards his artistic ambitions by attending the Fine Arts School at the same university, and in 1974 held his first solo exhibition at CAL Gallery in Santiago. That same year Davila moved to Melbourne following an extended period of political turmoil known as the 1973 Chilean coup d’état during the Cold War. Read on for a brief synopsis of Davila’s contributions to 20th century Australian art. 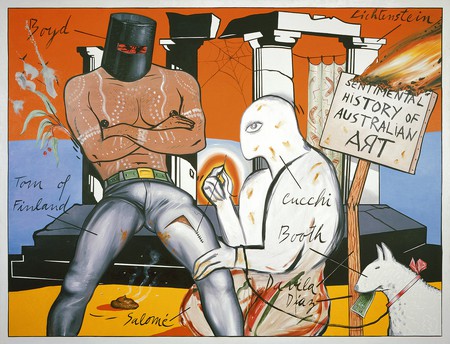 It was during Chile’s Salvador Allende period that Davila became mindful of politics in art, and consequently he began using his work to comment on colonialism, capitalism, and the political systems in Australia, Latin America and North America through sexually obscene imagery and everyday motifs including comic strips, barbed wire, and tarot cards, iconography that challenged the notion of ‘high art.’ 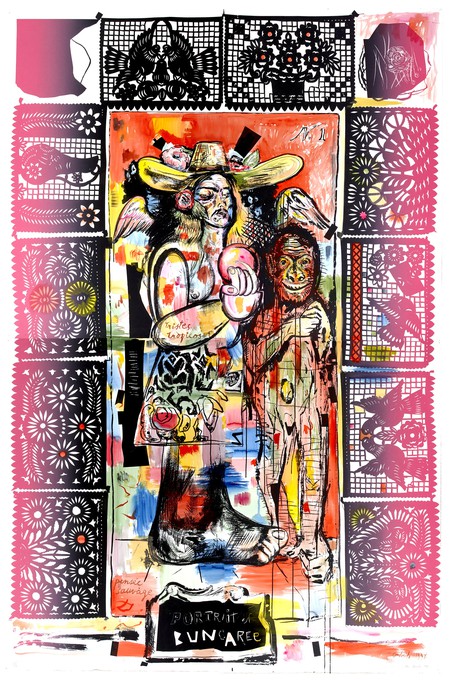 His confrontational paintings and art installations have at times triggered extreme responses; Davila’s 1982 entry into the Fourth Biennale of Sydney, Stupid as a Painter, was apprehended by police due to the painting’s graphic nature, which added another clause in the art vs. pornography debate. 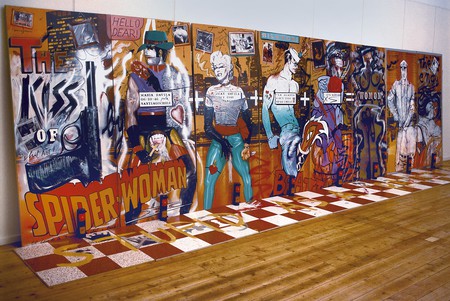 Although born in Chile, Davila’s work often includes critical depictions of Australian politicians including Bob Hawke and Paul Keeting, and his 2002 exhibition Woomera addressed the poor treatment of refugees in immigration detention centres. When speaking about that exhibition, Davila said ‘We seem to have lost the capacity to relate to any other culture or being but the Western one….social issues, disturbance, difference, misery, madness and strangeness are silenced by emphasizing in the other only that which resembles us, or by distancing the other and its desire as alien, thus erasing the capacity of anyone to address or challenge us…’ 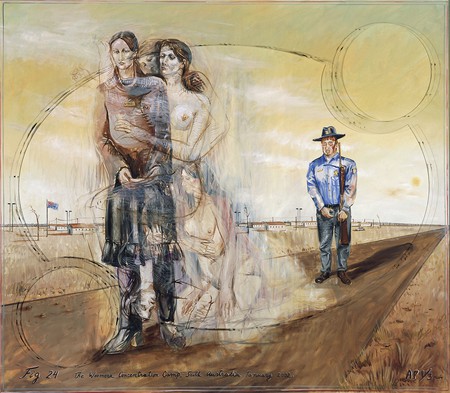 You will find the work of Davila in major Australian collections as well as the Metropolitan Museum of Art, New York and the Museo Extremeño e Iberoamericano de Arte Contemporáneo in Spain. Sydney residents can view Portrait of Bungaree, 1991 and Sentimental history of Australian art, 1982 at The Museum of Contemporary Art in Sydney, while those in Melbourne can view 14 of Davila’s works at the National Gallery of Victoria. Those in Queensland should visit level three of the Queensland Art Gallery & Gallery of Modern Art. 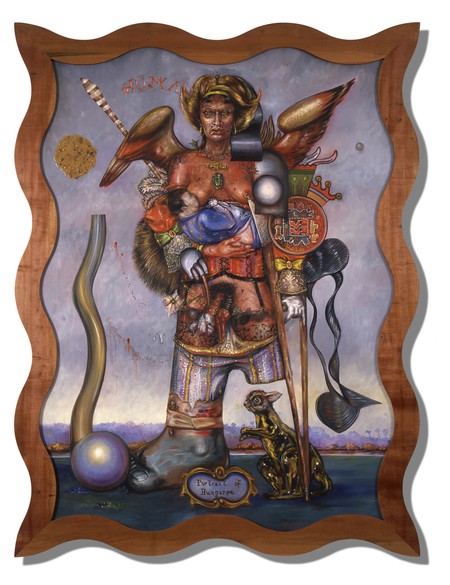