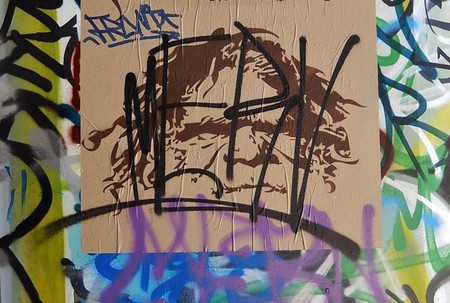 In this era of #BlackLivesMatter tweets and BuzzFeed listicles quizzing young readers ‘How woke are you?’, matters of cultural sensitivity are hot topics in places like the United States and Britain. But in Australia — a country that carries a dark colonial past — this racist costume incident begs the question of whether Aussie millennials are tackling the same conversations with as much vigour.

The episode took place at a ‘politically incorrect’ themed party for Charles Sturt University students in June. After social media images sparked global outrage, the university is now forcing the six students to complete a course on Indigenous culture rather than expelling them.

In a brief statement to Culture Trip, CSU insisted that the punishment supports the university’s “strong stance against racism as outlined in our Anti-Racism Policy”, but one of Australia’s leading Indigenous advocates doesn’t agree.

“Thinking that the KKK was a fun party moment is just illustrative of the great ignorance too many Australians have towards history and the harm of racism,” says Dr Hannah McGlade, a Nyungar human rights lawyer and academic.

“Slavery and theories of White superiority embraced by KKK led to so many murders of innocent black men, women and children. How do these students think that could ever be a fun moment? They should be ashamed as should their parents.

“The university should have expelled all for what was basically an act of racial hatred, even if it was done in stupidity and ignorance. As they say in law, ignorance of the law is no excuse. The penalty should have been expulsion. Send a message that racism won’t be tolerated.” 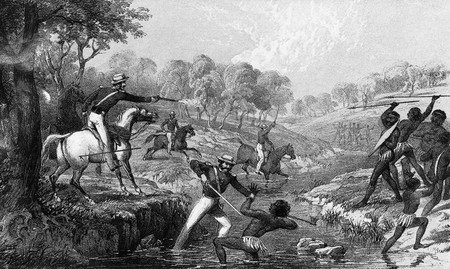 Does Australia have systemically racist policies?

Britain brutally colonised the Australian continent in the late 18th century, decimating the Aboriginal and Torres Strait Islander communities that had lived there for more than 60,000 years — the oldest continuously surviving culture on Earth.

Today, Indigenous people suffer far higher rates of incarceration, domestic violence, sexual assault, and children being removed from their families than the rest of the Australian population. Unlike many other nations with similar colonial pasts, Australia does not have a Treaty with its Indigenous community, and Prime Minister Malcolm Turnbull even rejected a key proposal in last year’s historic Uluru Statement to add an Indigenous advisory council in federal parliament. 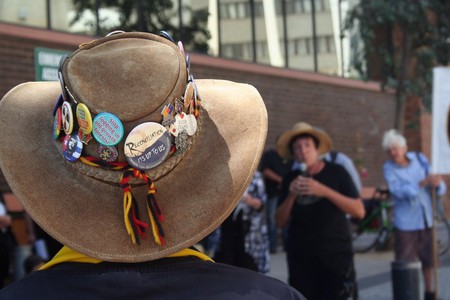 When these issues are debated publicly in Australia, a deep divide emerges. You only need to look at the comments section of Facebook news stories about the CSU dress-up scandal to observe the chasm that splits outraged ‘millennial snowflakes’ and their reactionary Baby Boomer parents bleating “PC gone mad!”.

“Some younger generation, more so in the past, are against racism and much less racist than the older generations who were brought up in an era of racial superiority and denigration of Aboriginal people,” Dr McGlade explains.

“That’s not to say there aren’t young people who hold racist views, many do and these are quite evident on social media. At the same time, younger people are also likely to take a stand against racism.” 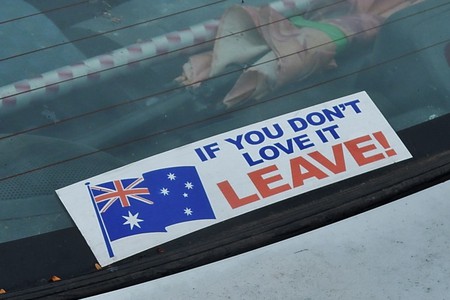 Research compiled by anti-racism charity All Together Now confirms that racial discrimination is still a stain that mars Australian society. Three quarters of Indigenous people regularly experience racism, a third of people cop racism in the workplace, and one in five Aussie residents have been targeted by racial discrimination in the past year.

The good news? An increasingly open-minded generation of millennials. At least the ones who don’t dress in blackface and KKK garb.

“The research seems to show that younger Australians have more tolerant attitudes of people from other racial, cultural and ethnic backgrounds than older Australians,” says All Together Now managing director Priscilla Brice, who also warns that young Aussies shouldn’t take their ‘wokeness’ for granted.

“Millennials should not be complacent about racism. I think racism is one of the biggest social issues Australia needs to address [and] we all have a responsibility to take action on this, regardless of whether we’re Millennials or Gen-X or Baby Boomers or Centenarians!”