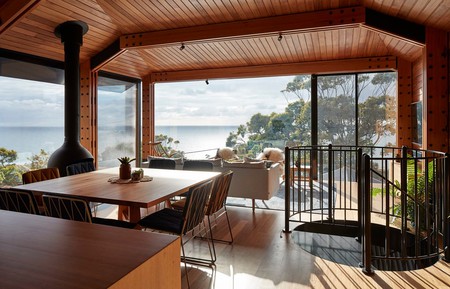 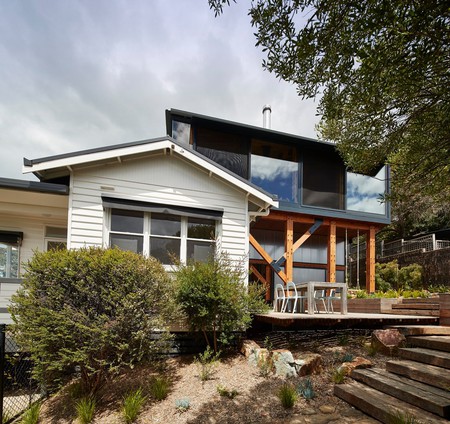 It was the aspiration of many Australians in the post-war period to own a bush/beach shack as well as their suburban homes, which enabled them to escape ‘keeping up with the Joneses’ for a while and drop their social persona. However, as society has shifted and the demand for housing increases, many of these shacks are slowly being demolished to make way for brand-new homes. 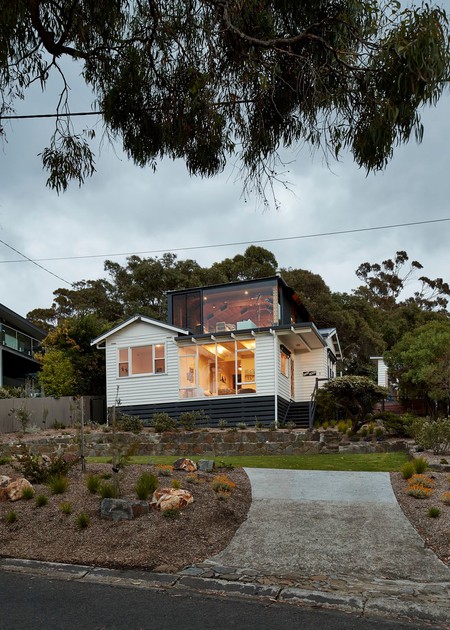 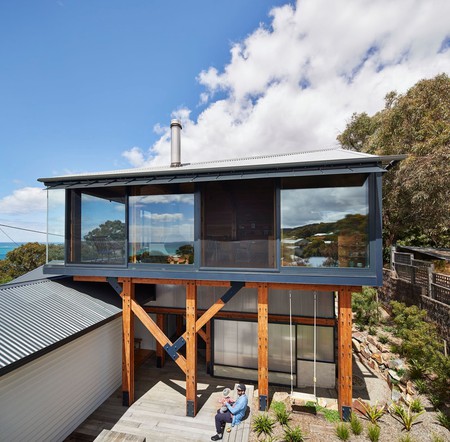 “Modest, humble shacks are being replaced with incongruous and unnecessary McMansions,” comments Austin Maynard Architects. “Through this process we not only lose important parts of our built heritage, we also lose a significant part of our social and emotional diversity. We lose parts of ourselves.” 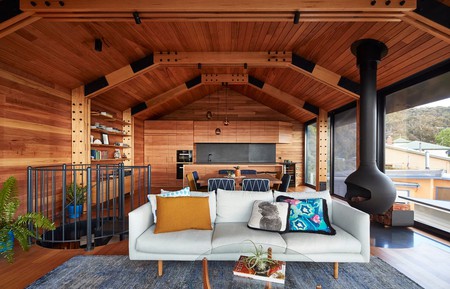 The company strives to extend, refurbish and renovate the existing shacks rather than simply knock them down. The homeowners of Dorman House were on the same wavelength when they approached Austin Maynard Architects to help make the most of their shack, set in bushland near the ocean.

According to the firm, they asked: “how could we add a clear and elevated view of the ocean without demolishing, damaging or dominating our beloved shack?” Austin Maynard Architects’ response was to create a finely crafted timber box that hovers over the existing building, which has been designed to weather and age to blend in with the surrounding landscape. 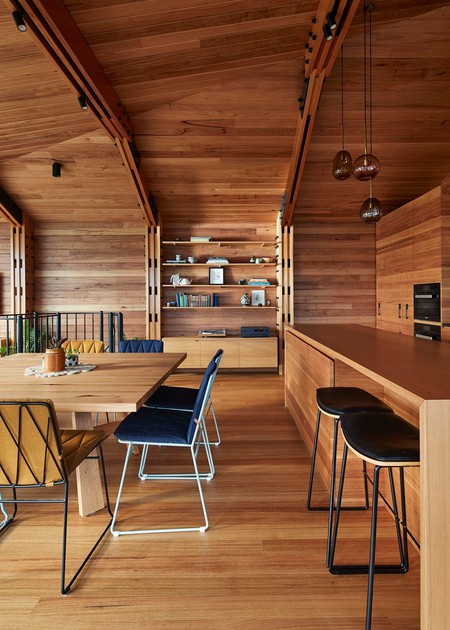 The extension contains the kitchen, dining and living room, which is accessed via a spiral staircase. The main living spaces were moved to the upper floor to make the most of the sea views, but it’s hardly a white sterile box – the new space is flooded with light and has been lined with silvertop ash, which adds warmth and character to the building. 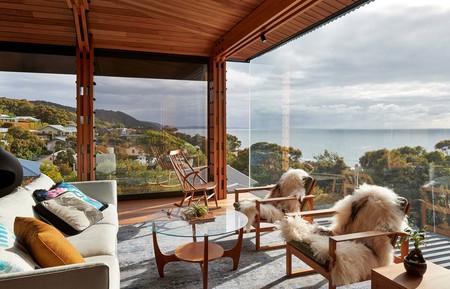 Full-height windows on the northern side of the living space slide open to allow in the sea breezes, while the screening, required in bushfire zones to stop burning embers from spreading fire, acts as a balustrade. 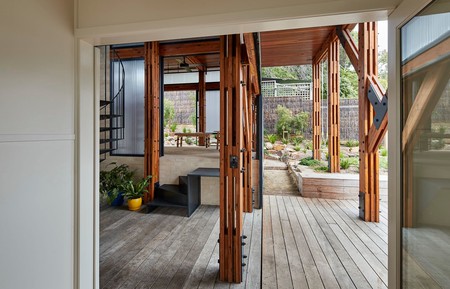 Downstairs, the old kitchen was transformed into a second bathroom and laundry area, and what was originally going to be a rumpus room is now the couple’s bedroom as they loved the space so much, which has huge sliding doors. Despite these changes, the original shack was merely tidied up and repainted so that its charm and history was maintained. 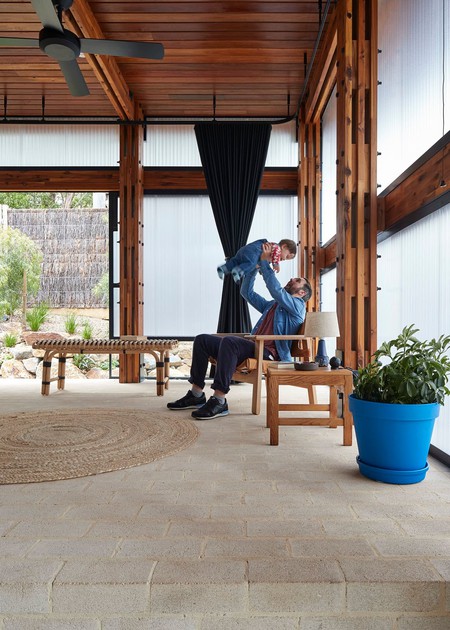 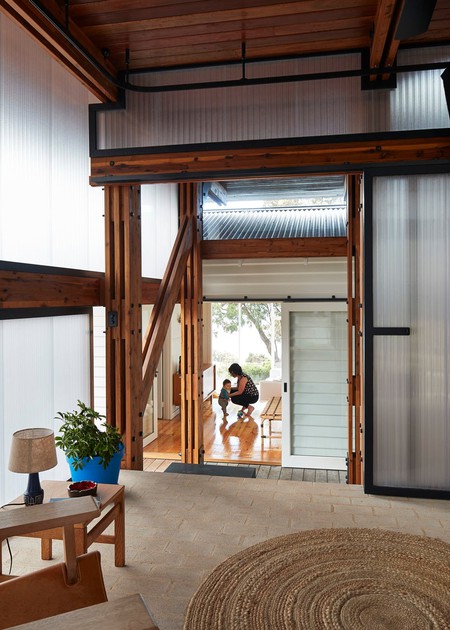 Austin Maynard Architects were mindful of being sustainable throughout the process – the greatest challenge was to create big vistas without compromising on thermal efficiency. This is why most of the glass faces north and all the windows are double glazed, plus the canopy above the glazing shields the interior from summer sun, yet still achieves optimal passive solar gain in winter. 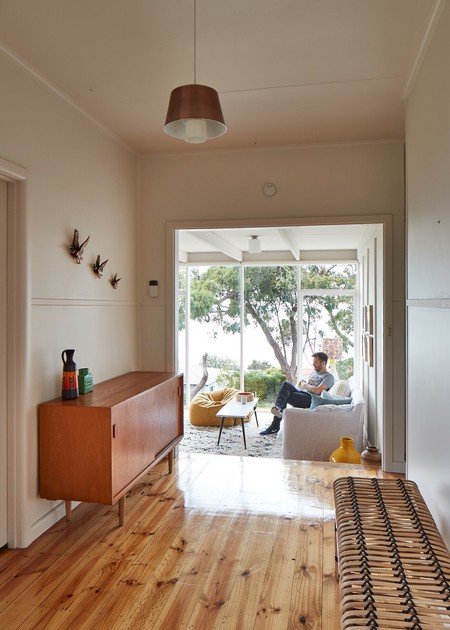 The old timber decking was also salvaged and reused internally, while a large water tank harvests rainwater to flush toilets and water the garden. 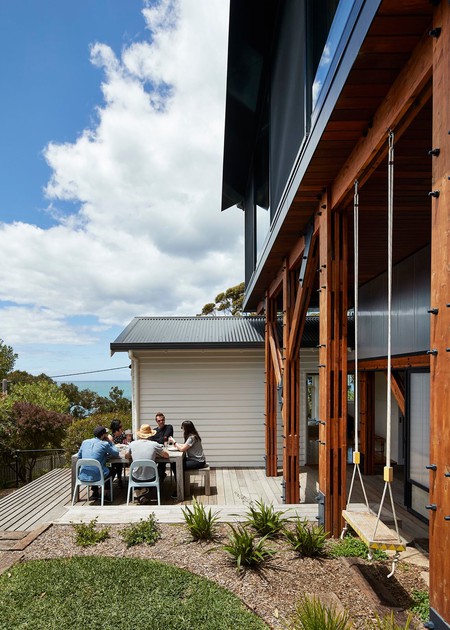 Austin Maynard Architects’ sensitive renovation project shows just what can be achieved with a bit of respect, patience and thoughtful building practices, meaning this couple who own this shack managed to keep the home they loved while also making it even better in the process. 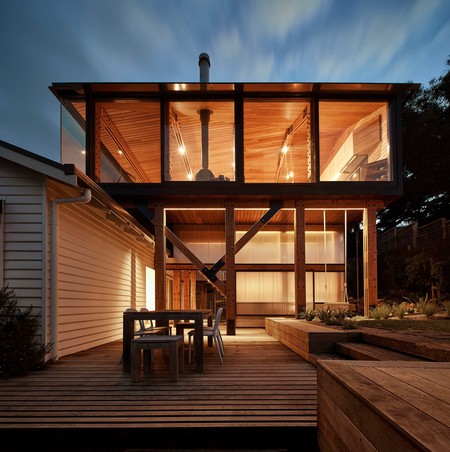 © Peter Bennetts
Give us feedback