Melbourne TV actor Aaron Jakubenko, best known for his role as Ander in MTV’s The Shannara Chronicles, has also appeared on shows like Neighbours and Spartacus. After only a few years of hard work and dedication, he is flying high on Hollywood’s radar.

He has one important value as an actor, personal growth. He has come far with acting because of his talent and positive attitude. Jakubenko has been able to focus on the purity of acting and cherish the moments mid-scene in a class or on set.

“I find that if I focus on that personal growth, in all areas of life, the rest takes care of itself”, he says. Growing up, he was obsessed with building and sports – like many of our Melbourne-bred men – and enjoyed physical work.

After suffering from a fractured back at 18, he decided to explore his interest in performing and put down the building tools. He started out doing extra roles around Melbourne to get a taste for the industry. After a few acting classes, he called himself an actor with his first professional role as a cop on Underbelly.

He recalls the dynamic energy on set: “We were all creating something, and we were having a heck of a lot of fun doing it. That was the moment I fell in love with acting.” 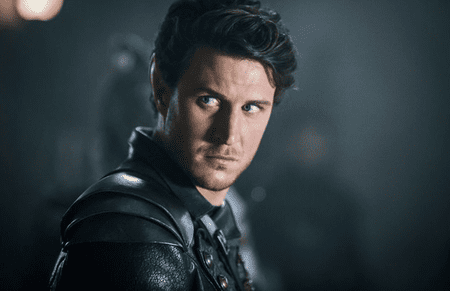 Aaron Jakubenko as Ander in The Shannara Chronicles | © MTV

The Shannara Chronicles, based on Terry Brooks’ best-selling novels, is filmed in New Zealand. The show depicts a fantasy world in which elves and humans coexist.

Jakubenko has been in the swing of things, practicing an array of skills like sword- fighting and riding. Working alongside more experienced actors like John Rhys-Davies, James Remar, and Manu Bennett has been a great learning curve, he says.

“They are so happy to share their years of experience with anyone who is willing to listen,” he adds. “Working alongside other passionate creatives is a gift. Everything else is just a bonus.” 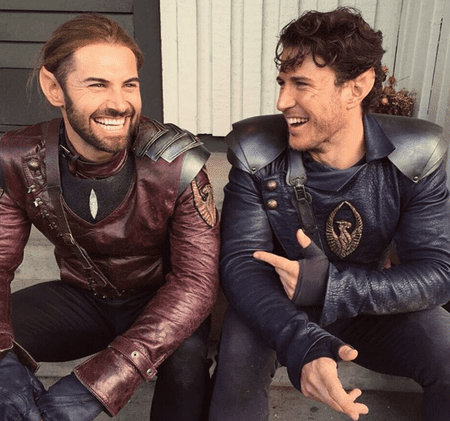 It has not been an easy journey. He has faced rejection many times. These situations have taught him not to be afraid of seeking advice from his colleagues.

Rhys-Davies gave him advice about the three most valuable lessons in an actor’s life. The first is to look out for everyone you work with – a standard rule that applies to all professions. “The actors all need to have each other’s backs because sometimes that is all they have,” Rhys-Davies told him.

The second tip was to look after the stills photographer. “A lot of the time they get rushed or pushed aside on set, but the reality is that they’re the guys who sell the show with their images,” the older actor advised.

“And lastly, he told me, ‘Don’t get a girl pregnant unless you’re in love with her!'” Aaron’s grin takes up his entire face. “I miss that guy!” he adds.

The Shannara cast appeared to have much more fun than other TV shows with 4am dance-offs and delirious banter after countless hours of filming and rehearsing. “But boy, we had fun,” Jakubenko says. 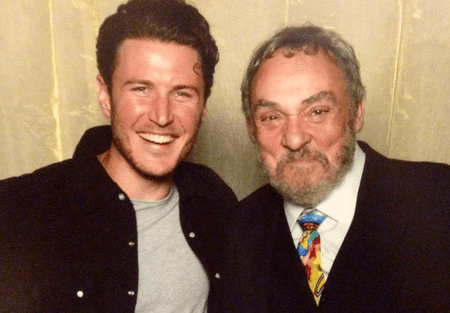 The most emotional moment on set for Aaron was his last scene on Shannara with Dan MacPherson. It was the choice of life or death for their characters, and after working with each other for six months straight, the emotions exploded out of the scene. “Those sort of moments on set are stunning,” Jakubenko concluded.