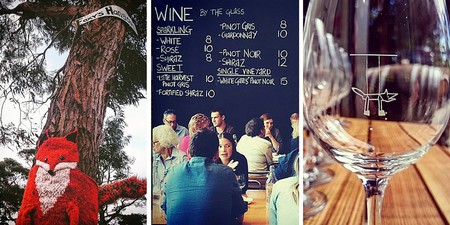 There rests a humble intersection, which crosses between Balnarring and Tubbarubba roads. It is here in Victoria’s Mornington Peninsula where the history of the winery Foxeys Hangout begins.

The intersection is named ‘Foxeys Hangout’. Its history is just as grotesque as the name suggests. Pre-1990s, two fox hunters would hang foxes upside down from a tree that stood disheveled on the corner. On a dark afternoon, one of the hunters was murdered – found dead in his home nearby. It was the end of Foxeys Hangout. Locals could drive by without seeing the carcasses hanging like clothes on a line. 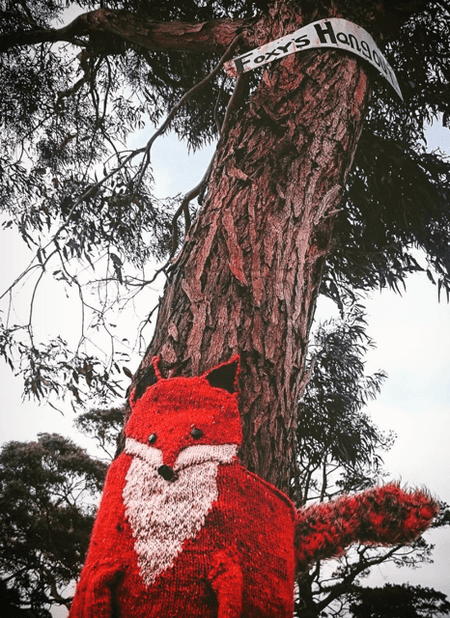 A Melbourne winemaker and another Melbourne wine entrepreneur, Tony and Michael Lee are two brothers who have never spent time apart since they were born. Michael studied a Bachelor of Economics at Monash University. Coincidentally, Tony followed suit. Shortly after finishing university, Michael and Tony were lucky enough to buy a small café in Melbourne and kept it in operation for a few years. From there, the brothers remained a dynamic duo as they progressed into the hotel and restaurant businesses. ‘We had leases. At no stage did we own the property,’ Michael says. ‘We felt it best for a profitable business plan to buy the land and build up from there.’ It comes as a surprise that working alongside each other has not affected their relationship. ‘Luckily, we haven’t got to that point,’ Michael laughs. ‘We both have different skills. We tend to rarely double up on things. Tony is the winemaker, and I am the sales administrator. There are many good reasons why it works for us. Coming from the same family has instilled the same values and aspirations,’ says Michael. 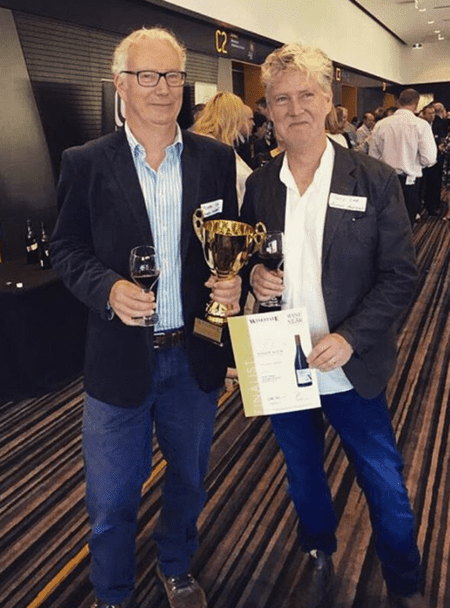 Having worked as equal owners in hospitality for over 30 years, now are both proud owners of the small vineyard, Foxeys Hangout, on the Mornington Peninsula. Like the intersection, their vineyard takes only the best bits of that history.

The brothers had originally planted vines adjacent to the intersection and moved their crops to the bottom of Red Hill. ‘It was near the vineyard. The intersection was an iconic landmark. And, it was a good, catchy name,’ Michael says. Tony and Michael realized they wanted to venture from traditional hospitality, which echoed noises of clinking dish plates and broken glass in the bustling streets of Melbourne, and dive into the quietness and bright green trees of the wine region. They knew it would be a full-time commitment. A graphic artist for their wine label decided to represent a caricature of the name with a fox hanging upside on two thick straps. The artist impression steered the name ‘Foxeys Hangout’ away from its once demeaning history and into a positive brand for a winery. 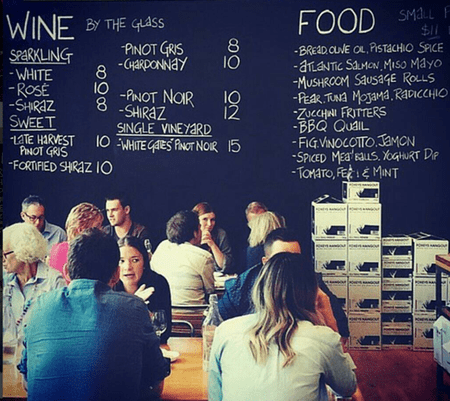 Tony and Michael purchased the land on Red Hill in 2002. It wasn’t until 2005 that the permits were approved and the construction built, which allowed the brothers to open a cellar door and call themselves a business. All their experience in hospitality came in handy for running a cellar door, conducting wine tastings and cooking tapas meals for customers.

Foxeys Hangout is all about the sharing experience. The cellar door hosts an informal and nurturing ambiance. ‘We don’t have white table cloths, and there are no written menus,’ Michael says. ‘The sharing of food in this environment really lends itself to sharing the experience of being here and trying different wines. It doesn’t suit everyone, but it does suit a lot of people,’ Michael adds. There are no functions at Foxeys Hangout. It is purely based on the ‘wine’ experience. With celebrations, people do not come specifically for the wine; they come to celebrate. ‘For us, it just doesn’t make sense to host functions as that is not what we are about,’ says Michael. 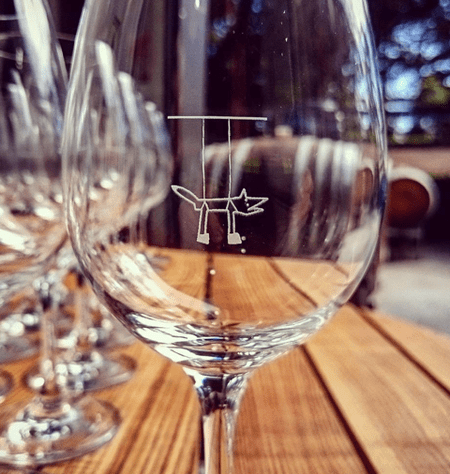 The most adored wine of the humble estate is the Pinot Gris, which is a sweeter white wine. With Pinot, a popular sort on the Mornington Peninsula, it is no surprise that this new variety is booming in sales. ‘We sold fairly even quantities of Chardonnay and Pinot Gris,’ says Michael, ‘but now, Gris sells five times more,’ he says proudly. The famous Pinot Noir in comparison is considered a creative challenge for every winemaker. There are many different grapes and blends in Foxeys’ Noir. Gris does not have the same opportunity for artistic expression as there is with the Noir. ‘Pinot Noir is sensitive to the sight where the vineyard is grown,’ Michael says. ‘A block of Pinot Noir can have a neighbor only 200 meters away growing the same grape, and both will produce completely different results,’ he says. There are many variables that particularly associate with the growth of Pinot Noir such as the condition of the soil, the climate and even when the vines were planted. There is also another variable, cloning. Pinot Noir requires a dozen major clones, whereas the Pinot Gris only needs two or three. To create a Noir is to understand the sensitivities related to producing it. Yet Pinot Gris is currently the ‘cash cow,’ according to Michael. Winemaking is more than a science; it can also be quite artistic.