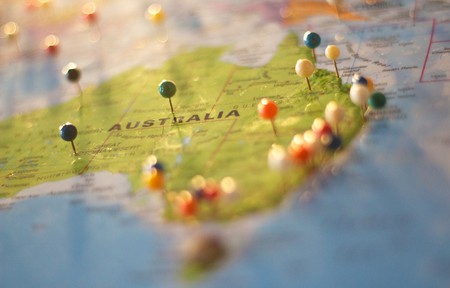 Known for its diversity, Australia’s east coast stretches almost 4,000 kilometres and comprises dazzling beaches, lush rainforests, sea side towns and major capital cities. Although the trip from Cairns to Melbourne can take three to four weeks, globetrotters looking to explore within a shorter timeframe should opt to take a road trip, as it allows for flexibility and spontaneous exploration.

Depending on where you’re flying from, you might arrive in Cairns or connect in Brisbane. Cairns Airport is 10 minutes from the city centre, and there is an extensive range of car hire options and taxis. However, it’s easiest to take the Shuttle Bus to the city, which costs $15 AUD. Once you’ve checked into your hotel—we recommend Tropical Heritage Cairns—visit Tjapukai Aboriginal Cultural Centre to discover the history of Australia’s Indigenous people through music, dance, art and storytelling. Afterwards, head to the Cairns Esplanade to cool off in the lagoon before dining al fresco at one of the many waterfront cafés and restaurants. 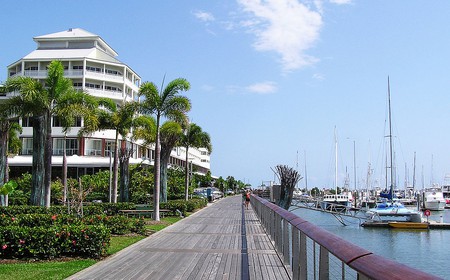 Next, you’ll drive seven-and-a-half hours along the A1 and Bruce Highway to Airlie Beach. The first half of the drive takes you through the Great Green Way, which encompasses two UNESCO World Heritage sites: Wet Tropics Rainforests and the Great Barrier Reef. After the four-hour mark, you’ll arrive into Townsville, where you can stretch your legs and satisfy your hunger at JAM. Crank up the car tunes, and enjoy the last three scenic hours of the drive before arriving at Airlie Beach for a snooze at Heart Hotel and Gallery Whitsundays. 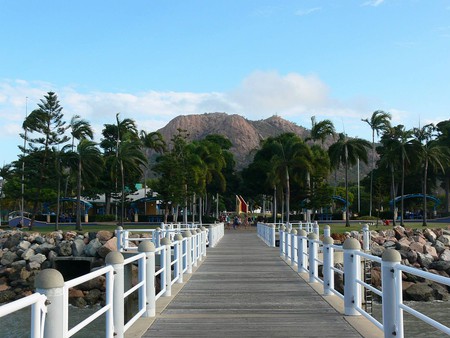 Airlie Beach is the doorway to the Whitsundays, which comprises 74 idyllic islands. Book yourself onto the Camira Sailing Adventure, which begins at 8am. On board a catamaran, you’ll sail to Hill Inlet lookout—one of the most photographed locations in Australia. Then laze on Whitehaven Beach, and swim in the pristine waters of the Great Barrier Reef before returning to Airlie Beach at approximately 5:45pm. 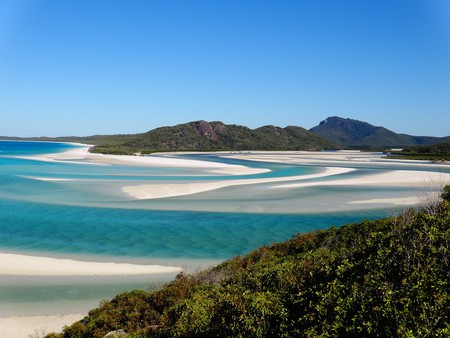 After a restful night, travel further down the coast along Bruce Highway towards Hervey Bay. Although you’ll be spending all day on the road, the destination is worth it. Hervey Bay runs whale watching tours between July and November, and it’s within close proximity to Fraser Island, the largest sand island in the world and your destination for tomorrow. While still at Hervey Bay, choose from the a wide variety of food options at Charlton Esplanade, including Santini Pizza e Cucina. We recommend staying at Oceans Resort & Spa Hervey Bay.

Fraser Island is one of the most remarkable locations in Australia, from the sparkling blue waters of Lake McKenzie to the Champagne Pools, shipwrecks, wild dingoes and the towering trees in Valley of the Giants. You can hire a 4WD vehicle, take the ferry across and explore at your own pace, or book a day tour. Make sure you see 75 Mile Beach on the eastern side of the island and the emerald Lake Wabby, Rainbow Gorge and the golden sand dunes. 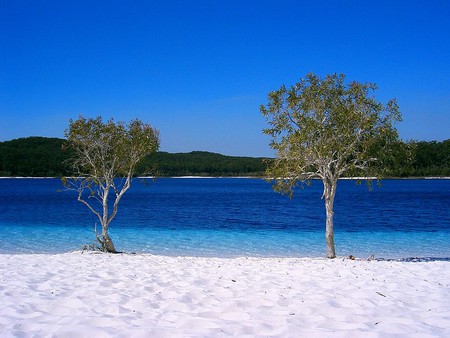 It’s unlikely you’ll ever be truly ready to leave Fraser Island and Hervey Bay, but all good things must come to an end. Make the two-hour drive via Maryborough Cooloola Road to Noosa. Once you’ve arrived in the peaceful town, put on your hiking shoes and trek the Alexandria Bay track or the Costal track from Noosa to Dolphin Point. You can also hop on The Noosa Ferry, with prices from $5.50 AUD. For dinner, walk to Hastings Street, where you’ll find great options, including Bistro C and Noosa Beach House. We recommend staying at The Sebel Noosa. 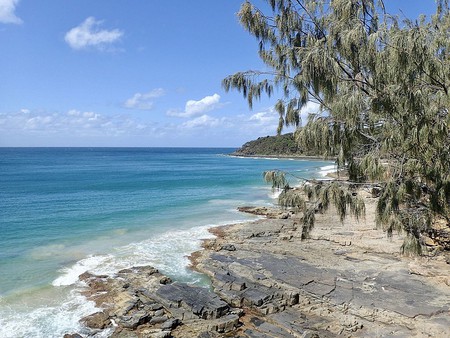 After brekky at Grind Café, it’s time to head off to Brisbane along the M1. The drive is only two hours, but with so much to see along the sunshine coast, you’ll want to take your time. After 45 minutes, visit Mooloolaba to wade into the warm waters of Spit Beach. Venture 25 minutes south-west to Steve Irwin’s Australia Zoo, featuring the action-packed show at The Crocoseum. Follow Steve Irwin Way 20 minutes south to The Glass House Mountains Lookout, and savour the magnificent views before completing the drive to Brisbane. After checking into the ibis Styles Brisbane Elizabeth Street Hotel, explore South Bank, which has a number of restaurants and bars to choose from. 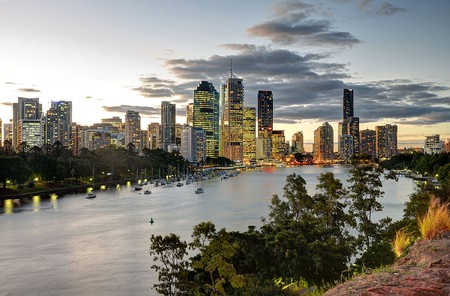 Start your day with a heart-pounding climb up Story Bridge, which provides the best panoramic views. You might choose to abseil from the top. Back on the ground, visit the Queensland Art Gallery and Gallery of Modern Art (QAGOMA), and shop up a storm on James Street, Brisbane’s fashion hub. While on James Street, visit Gerard’s Bar, which is part bar and part charcuterie house. Then, hit the road for the Gold Coast via M1, which will take one hour. Famous for theme parks, beaches and skyscrapers, the Gold Coast is epic fun. Drop your bags at Novotel Surfers Paradise Hotel, and then head for Cavill Avenue, host to buskers and entertainers and filled with restaurants, shops, nightclubs and bars. 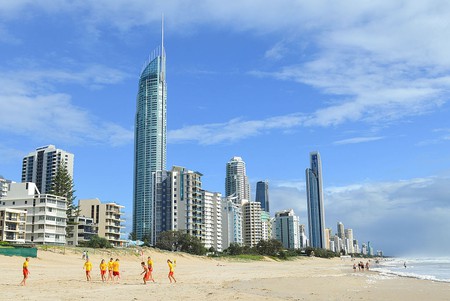 Day 9: A Day of Fun on the Gold Coast

No trip to the Gold Coast is complete without visiting the theme parks, which feature thrilling rollercoasters, movie character meet-and-greets and animal encounters. Get individual tickets to Movie World, Wet’n’Wild and Dreamworld, or save money with the three day super pass. You can also check out the sparkling beaches, or explore the lush Gold Coast Hinterland. For a bird’s eye perspective of the entire region, enter Q1, the tallest building in Australia. As the day winds down, travel just more than an hour south via the M1 to Byron Bay. 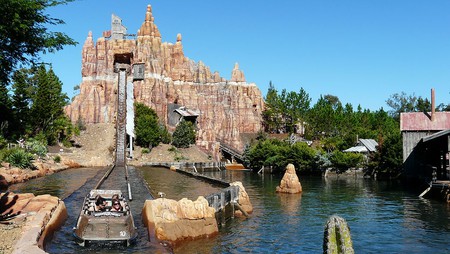 One of the most popular stops along the east coast is the bohemian town Byron Bay. With a strong surf culture, alternative new-age philosophies and a colourful blend of people, this haven is sure to cast its spell over you. Check into your room at The Atlantic Byron Bay, and then start your day with a yoga session on the beach, or take to the water with a surf lesson or kayaking trip. Make sure to visit Byron Bay Lighthouse—Australia’s most easterly point. When the sun goes down, the party starts at Cheeky Monkey’s. 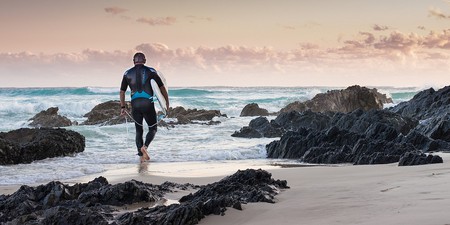 The last leg of your road trip is a nearly nine-hour drive from Byron Bay to Sydney along the Pacific Highway. Three hours into the journey, pull over at The Big Banana in Coffs Harbour—an iconic roadside attraction since 1964—and snap a silly photo. For lunch, order fish and chips from Coffs Harbour Fishermen’s Co-op. Continue down the highway to Newcastle to stretch your legs before heading to Sydney. Once you’ve checked into the ibis Sydney Darling Harbour, take a well-deserved rest, or treat yourself to a cocktail at The World Bar in Kings Cross. 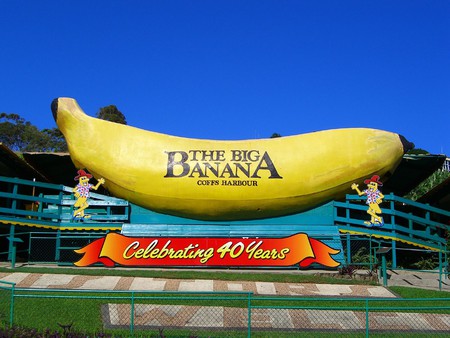 Wake up early, and make the most of your day in Australia’s most populous city, home to attractions, such as the Sydney Opera House, The Rocks and Taronga Zoo. If it’s warm, take the bus from Circular Quay to Bondi Junction for a swim at Bondi Beach. Work up an appetite by climbing the Sydney Harbour Bridge at twilight, and behold the dazzling 360-degree panoramic views as the sun sets over the water. Afterwards, head to Darling Harbour for a bite to eat. 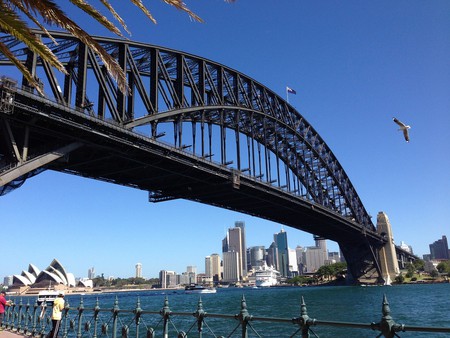 Bid farewell to Sydney, and take a morning hour-and-a-half flight to Melbourne. A week in this cosmopolitan metropolis is ideal, but you can cram the highlights into a couple of days. See the Royal Exhibition Building, and treat yourself to a jam donut at the Queen Victoria Market before making your way to Federation Square, where you’ll see Flinders Street Station and St Pauls Cathedral. Check out the street art in nearby Hosier Lane. Many of the best restaurants in town are found along Southbank, including Nobu and Gradi. Finish off the night at one of Melbourne’s rooftop bars. We recommend staying at Mantra on Little Bourke. 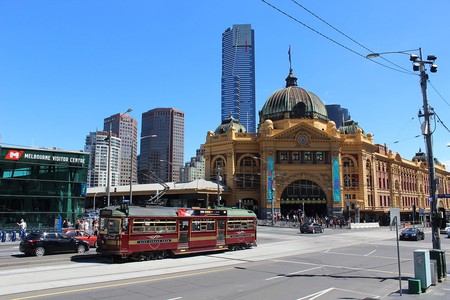 During your second day in Melbourne, visit The National Gallery of Victoria, the most popular art gallery in Australia. Then stop by The Shrine of Remembrance and the Royal Botanic Gardens, which are all within walking distance. For a thrill, go to the Eureka Skydeck, and step out onto The Edge. Get around Melbourne easily on the free City Circle Tram. When you’re ready, grab a taxi to Melbourne Airport.

Thinking of stretching your trip a little longer? Continue the journey onto the Great Ocean Road.