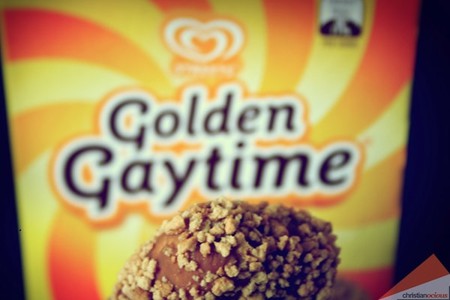 Every Australian has enjoyed a Gaytime at some stage of their life, but for non-Australians who’ve been deprived of the privilege, introduce yourself to the toffee, chocolate and honeycomb masterpiece that is Australia’s favourite ice cream.

Streets released the first Golden Gaytime in 1959 and the humble ice cream quickly became an Aussie summer staple throughout the Swinging Sixties. The recipe was made even better in the 1970s and it’s remained Australia’s most loved ice cream ever since. We’re talking about golden-coloured toffee and vanilla ice-cream on a stick, coated in chocolate and dunked in crumbly honeycomb biscuits. We’re getting hungry just thinking about it. 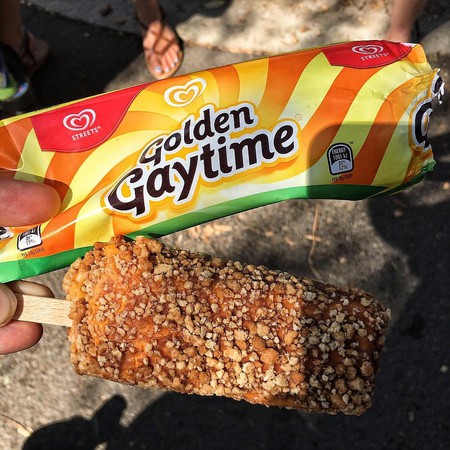 Much of the Gaytime’s popularity lies in its magnificently camp name. Of course, when the label was first decided, the word ‘gay’ didn’t carry the homosexual connotation it does now—but Streets’ marketers have never been shy of the cheeky double entendre. Since the 1980s, the product’s slogan has been: “It’s hard to have a Gaytime on your own”, and the four-pack supermarket boxes carry the tagline, “Four delicious chances to have a gay time.” 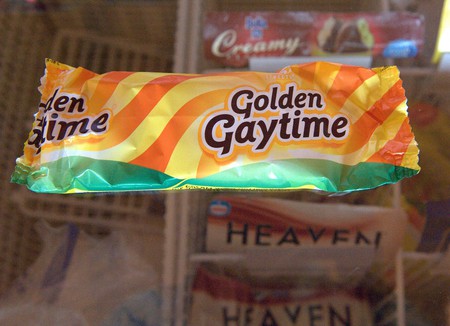 There’s even a song by Australian artist Justin Heazlewood (also known as the Bedroom Philosopher) devoted to the ice cream’s double meaning, and US megastar Ellen DeGeneres found great amusement in the name when it was submitted to the segment ‘What’s wrong with these photos?’ on her talk show.

Fun fact: the Golden Gaytime is called the ‘Cookie Crumble’ in New Zealand—and sorry, Kiwis, this is yet another department where Australia trumps the Land of the Long White Cloud.

Australians’ appetite for the Gaytime has sparked a flurry of delectable mash-ups and variations to complement the classic paddle pop stick version in recent years. Following a long-running public campaign, Streets released a 1.25L Golden Gaytime tub in 2015, right down to the honeycomb biscuit comb sprinkled throughout the ice cream itself.

A year late came the Golden Gaynetto, a cross-over with the Cornetto, this time featuring that beloved toffee-flavoured ice cream inside the cone—followed in 2017 by the Golden Gaytime Sanga (or ‘sandwich’ to non-Australian readers unfamiliar with Aussies’ determination to abbreviate everything). 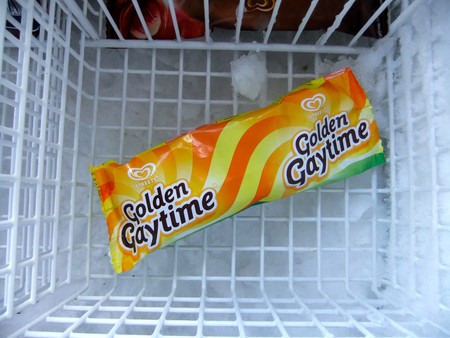 Streets have also experimented with different variations on the ice cream, substituting classic toffee for chocolate, mint and strawberry. You can pick up a coffee-flavoured Cappuccino Buzz version, as well as a Pina Colada or Choc Mint McMintface multipack from supermarkets. There’s also a ‘Unicorn’ range, with bright blue and purple ice cream and “magical pink crumbs”, as well as a Rainbow edition celebrating the iconic name. Streets even released limited edition 150gm tubs of the crumb alone, which flew off the shelves last year. 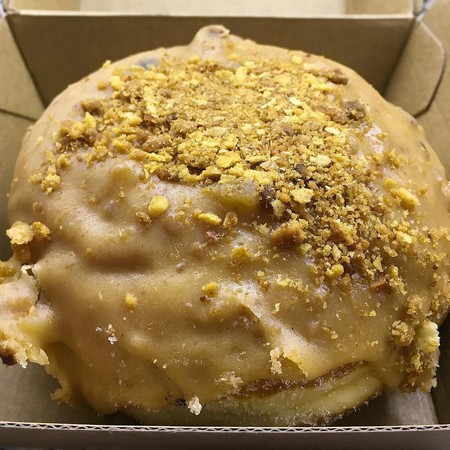 The Gaytime has inspired a stack of ‘Frankenfood’ mash-ups around the country, too. Golden Gaytime doughnuts are common but Queensland’s Chocolate Komberry Co. took it to a new level with the Golden Gaytime Conut, a doughnut cone topped with ice cream and honeycomb. Melbourne’s Supersmall Club have unveiled Golden Gaytime martinis this year and East Brunswick’s The Pie Shop has even created a sweet pie inspired by Australia’s favourite ice cream. Yummy.