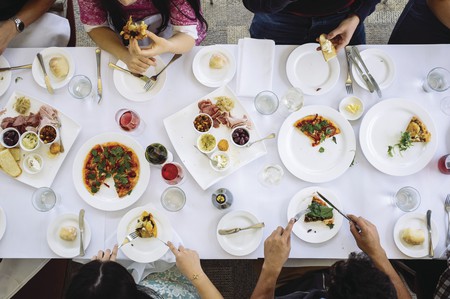 When we think about Australian cuisine, it’s easy to head straight for the likes of pavlova, lamingtons and vegemite. However, what you may not know is that Australia is one of the most diverse and multicultural countries in the world, offering an array of flavours for you to choose from. Here we narrow down exactly which state and territory in Australia offers the best of the big six: beer and wine, native foods, coffee, fruit and veggies, meats and dairy, and fresh seafood.

Surprise, surprise, it’s hard not to imagine why Aussies love their alcohol when the country is ‘one of the world’s major quality wine and beer producing nations’. With an abundance of wine regions across the country and countless breweries, you will be lost for words as you sip on such delicate flavours. Although New South Wales’ Hunter Valley and Victoria’s Yarra Valley are two of the most visited wine regions, it’s what South Australia and Western Australia have to offer that should have you booking your one-way ticket across.

If you’re looking for the world’s boldest reds – shiraz, cabernet sauvignon – or classy whites like riesling and sauvignon blanc – then South Australia is where you need to visit. Across the state there are numerous wine regions including McLaren Vale, Clare Valley, Adelaide Hills, Coonawarra and the famed Barossa Valley. Each offering their own unique flavours that you can spend numerous days taking tasting tours throughout. Also in South Australia lies the National Wine Centre of Australia offering an array of wines to sample, and a trip to the Penfolds Magill Estate to taste the famous Grange red cannot be missed.

Discover one of the world’s most biologically diverse regions as you drown yourself in the succulent flavours of wine in Western Australia. Whether you’re up for a tour through some of the 200 grape growers and wine producers in the Margaret River or through the Swan Valley, Australia’s oldest wine valley, there are numerous collections for you delve into. However, if you are more of a beer fan, a trip to Fremantle’s very own brewing company Little Creatures never fails to please. 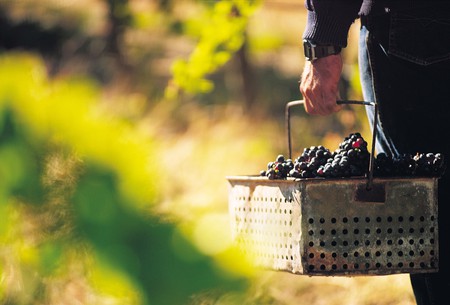 Basket of Grapes | Courtesy of SATC

We know part of you is curious to taste some of Australia’s native foods, however, it’s not as easy to come across as you may think. Whilst most of ‘white’ Australia has moved on, and avoids eating kangaroo meat – who would want to hurt those beautiful animals? – a journey to the Northern Territory will allow you to find kangaroo meat and steak to your belly’s content. It is also here that you will be able to get your hands on camel schnitzels, emu burgers, crocodile meat, damper and bush tucker.

A trip to the Mindil Beach Sunset Market is a must for anyone wanting to browse through the selection, purchase some meat and make your own delectable meal, or save for later. However, if you’re unsure as to how you should prepare these foods, a DIY meal at The Magic Wok Restaurant cannot be ignored; after all, where else are you able to choose between camel and crocodile meat to go with your vegetables or noodles. 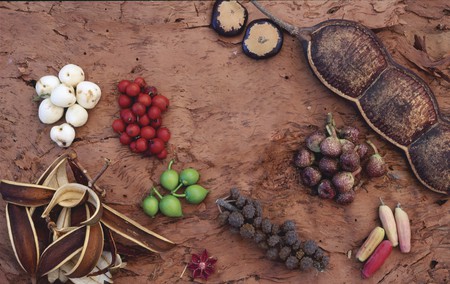 Who could ever get through a day without coffee? Aussies love their coffee and that’s no secret, after all they are the country who invented the Flat White. Although there is magnificent coffee across the country, it is the coffee-scene in Victoria that will have you buzzing off the walls trying all the flavours of the coffee world.

If a quintessential cafe in Melbourne is what you’re after then a coffee – or five – at Pellegrini’s will give you the chance to try this iconic Italian institution in place now for decades. We know the idea of searching for the best coffee may stress you out, and require a double espresso, but the reality is, you can walk out of one cafe and into the next and it’s very unlikely that you will receive a coffee that’ll make you regret spending a couple of dollars on. 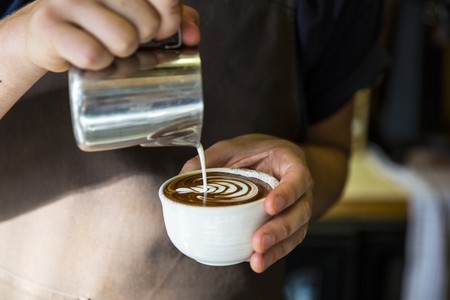 Australia is very much on the ‘2 fruit, 5 veg’ every day, however, unless you’ve found a market that serves fresh fruit and vegetables that will make you weak at the knees, then you haven’t lived. The little territory off the mainland, known as Tasmania, also dons the name the ‘Apple Isle’. Despite the name – which yes, they do produce beautifully ripe apples – they produce a variety of fresh produce from across the island. From truffles, blueberries and gooseberries, to pears, plums, raspberries and stone fruit, there’s a little something for everyone. If you are lucky enough to make your way through the Huon Valley, just south of Hobart, you may come across numerous roadside stalls selling their latest harvest for only a few dollars. After all, Tasmania is pretty much one big bowl of fresh fruit.

If the idea of relaxing along the waters edge, surrounded by the lush rainforests, whilst enjoying fresh pineapple and coconuts has got you keen then a journey through Australia’s tropical state Queensland is highly recommended. Whether you take the coastal route, or travel more inland, there are numerous markets and plantations for you to stop by and enjoy the very best of fresh produce. From pineapples, bananas, coconuts and mangoes to pawpaw, avocados, guava, lychees, jackfruit and breadfruit, you will be in fruit-and-veg heaven. 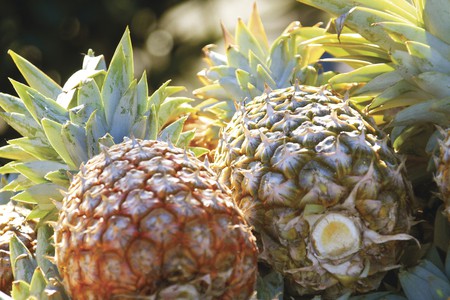 If you’ve ever come across an Aussie eating meat outside of Australia, you may notice they flinch slightly or are unsure of the food but just can’t quite put their tongue on it – this is simply because Aussies are used to rich and fresh meats. Most meats found in butchers and markets are fresh and lacking the chemicals that many other countries – we’re looking at you, United Kingdom – put in their meat. Although you can find good quality meat at almost any corner, a journey to Queensland’s Rockhampton is highly recommended. Throughout the Rockhampton there are numerous inland cattle farms that you can buy produce from directly – and once you have, you’ll understand why they bear the title ‘Beef Capital of Australia’.

If you’d rather avoid the meat situation and prefer to get your hands on some good quality dairy products instead, then a journey to King Island Dairy on King Island – an island between Tasmania and mainland Australia – is squealing your name. With over 100 years’ experience producing ‘award-winning and world class specialty cheese and dairy products,’ they are bound to provide you with the perfect cheese to accompany all that wine you bought earlier. From soft white and washed rind to blue vein and cheddar cheese, there are plenty of varieties to indulge in. 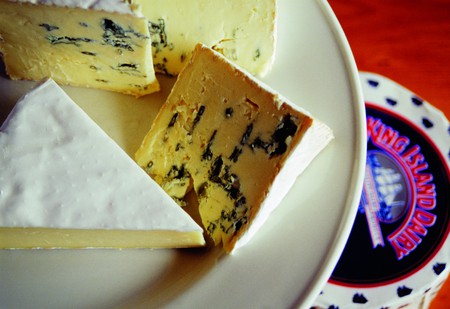 Everyone enjoys fresh seafood, especially when there are so many varieties to choose from. Australia is lucky enough to have the third largest fishing zone in the world, catching approximately 600 varieties of both marine and freshwater species, from the Southern Bluefin tuna and King George Whiting, to the Dhufish (Western Australia only), Yabby and Barramundi. With superbly clean ocean environments you can be guaranteed that the seafood purchased is of the highest quality.

In New South Wales, Sydney has been named seafood central as they have direct access to the South Pacific. Whether you go for a meal at a harbour-side restaurant or visit the Fish Market for the catch of the day to create your own delectable meal at home, there are an array of species to choose from. Whilst on the other side of Australia, Western Australia has been known to produce fresh local flavours from succulent seafood from the Indian Ocean. Whether you’re up for the typical meal of fish and chips along the water’s edge, or up for trying something new, Western Australia is home to the scary looking, yet delicate and delicious freshwater crayfish, the Marron, and the WA fishing icon, the extremely tasty Dhufish. Believe us, you will fall in love with seafood all over again. 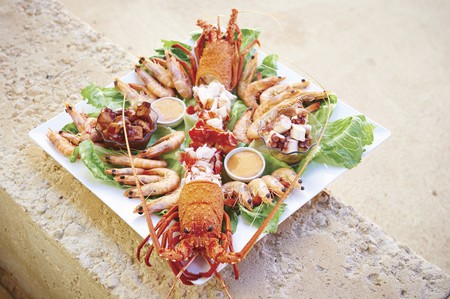 A platter of fresh seafood
Give us feedback