A History Of The Stawell Gift In 1 Minute 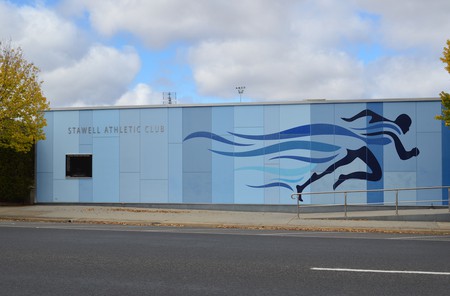 The Stawell Gift is Australia’s oldest, richest and most prestigious footrace and has been held every year since 1878, excluding 1942-1945 due to WWII. The short distance running race is organised by Stawell Athletic Club and is held across the Easter weekend at Central Park in the gold-mining town of Stawell, in western Victoria. Formerly named the Easter Gift, the race was originally 130 yards (118.9 metres); however, in 1973, the race was adapted to the metric system, and the distance changed to 120 metres (131.2 yards).

The main race on Monday sees athletes from across Australia and the world compete in a grass run over 120 metres with a slight uphill gradient. Unlike the Olympics and other world championships, the lanes at Stawell are separated by ropes, not painted lines. Athletic fans sit in the century-old Stawell Grandstand, and within the blink of an eye, the race is over, lasting approximately 12 seconds.

For over a century, the race was restricted to men; however, today there are more than 60 events held across the three-day weekend for both men and women of all ages and abilities ranging from 70 metres to 3200 metres. The inaugural Women’s Gift took place in 1989, and in 2015, the prize money equalled that of the men’s race which is currently $40,000AUD.

Gift competitors are handicapped and marked between zero metres and ten metres by the Victorian Athletic League, with many runners choosing to perform below their best leading up to the event in order to receive a more advantageous handicap.

The very first Stawell Gift took place in 1878 and was run on a gravel surface at the Botanical Reserve. The inaugural winner was farmer William Jackson Millard from Condah, Victoria, who is said to have trained by chasing kangaroos. He won with a time of 12.75 seconds, picking up the first prize of 20 pounds. In 1997, his great-grandson Daniel Millard won the Gift, collecting $30,000.

Only two men in the race’s history have won the Gift with a zero metre handicap. The first was Jean-Louis Ravelomanantsoa from Madagascar in 1975, and the second was Joshua Ross in 2005. Joshua also won in 2003, becoming the third man to win the Gift twice – alongside Bill Howard who won in 1966 and 1967 and Barry Foley who won in 1970 and 1972. 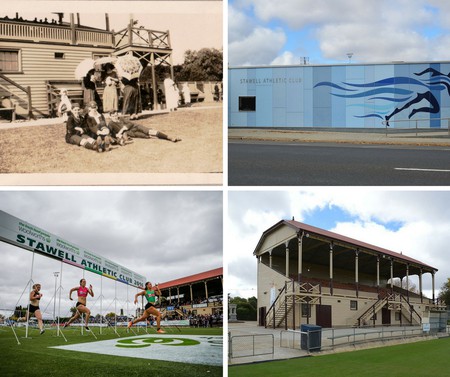