A History of Melbourne's Iconic Block Arcade in 1 Minute 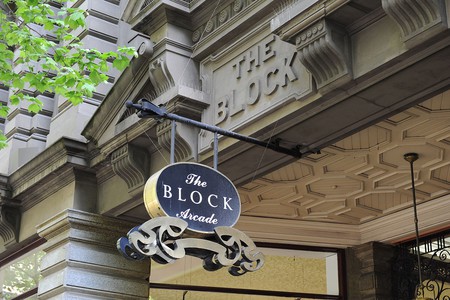 Modeled after the Galleria Vittorio Emanuele in Milan, Melbourne’s Block Arcade is a ‘place to shop and be seen.’ Connecting Collins Street and Elizabeth Street with Little Collins Street, the L-shaped shopping arcade was completed in 1893. Previously called Carpenters Lane, the name ‘Block Arcade’ evolved through the popular saying ‘doing the block,’ a tradition where men and women would circle the block prior to VFL games. The phrase was also mentioned by Fergus Hume in The Mystery of a Hansom Cab, published in 1886.

In 1837 the site was auctioned and purchased by Henry Batman, brother of Melbourne’s founder John Batman, for eighteen pounds and in 1856 was acquired by Briscoes Bulk Grain Store. After a series of owners The Block Arcade now belongs to the Cohen family who have a strong Victorian ancestry. On Friday the 13th of September 1889, a fire started at the Georges store in the Block Arcade and as fire brigades at the time were owned by various companies, it took a long time before the blaze could be extinguished. This led to a revision of fire response units and subsequently the Metropolitan Fire Brigades was created. The damage bill was two hundred thousand pounds. 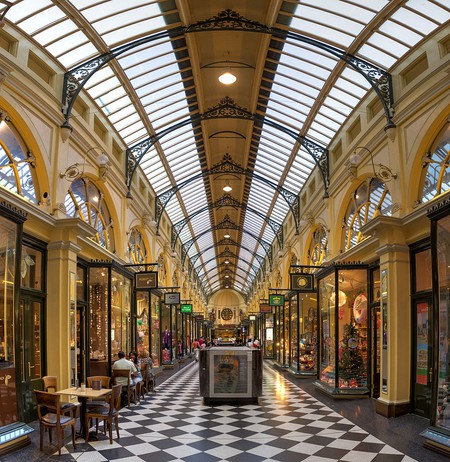 The Block Arcade opened with 15 milliners, three lace shops, a photographer and Hopetoun Tea Rooms which was bought for 18 pounds and remains open for business today. Former stores include department store George & Georges Drapers, the Singer Sewing Machine Company and the original Kodak store. Today, the arcade is home to over twenty retailers including Haigh’s Chocolates, Dafel Dolls & Bears, Alpaca Collection, Gewurzhaus, Basements Discs and many others as well as a number of commercial spaces. 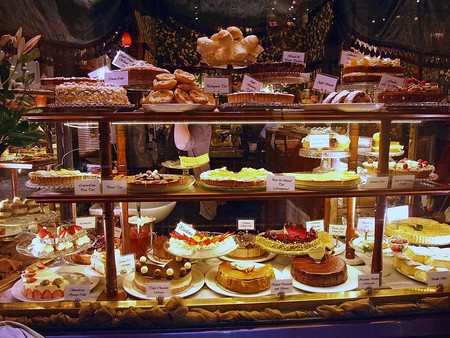 Considered to be one of ‘Australia’s top 10 landmarks’, The Block Arcade is one of Melbourne’s most iconic destinations, where you can stroll through 19th century Melbourne, snap Instagram-worthy pictures and find one-of-a-kind gifts.