A History Of Melbourne’s Cocktails In 1 Minute

The Subcontinental by Four Pillars. © Four Pillars Distillery.
Melbourne has played a lead role in the history of cocktails. A city full of creativity and culture, it is no wonder that visitors will find some of the most cocktail-savvy bars in the world. There are few cocktails that actually originate from Melbourne, yet the city has helped promote and inspire certain cocktails to become part of Melbourne’s iconic cultural identity.

The Japanese Slipper is an iconic drink that was born in Melbourne. In 1984, a competition in Melbourne was held for the best cocktail creation. The winning trophy was awarded to an unnamed Frenchman who created the Japanese Slipper. This modern drink entails 30 millilitres of Quantro, 30 millilitres of Miduri, and lemon juice. It is a fruity and tasteful cocktail, light green in colour and smooth as silk. 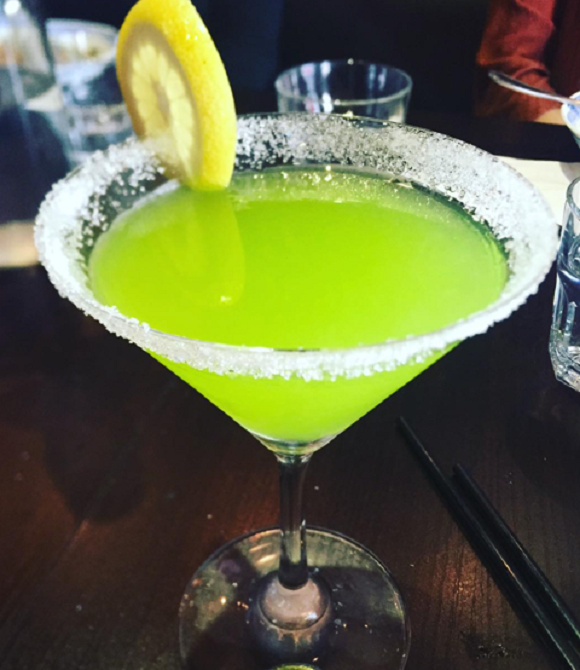 Melbourne earned international attention during the Gold Rush in the 1850s. Throughout this period, creativity was at an all-time high. From the late 1850s to early 60s, a famous cocktail bar called Café De Paris was the Sherry Cobbler hot spot. This goldfish-inspired cocktail was the luxury drink due to its prime ingredient: ice. During this period, refrigeration did not exist and ice was imported into Melbourne from Massachusetts. This ‘political’ drink lost its glory to the Martini in 1900. However, it is still a drink known among bartenders across Melbourne. It is generally pale-yellow in colour and served in a wine glass. The glass is filled to the brim with crushed ice and 60 millilitres of dry sherry and 10 millilitres of sugar syrup. It is traditional to garnish this cocktail with two pieces of lemon peel to add zest. There is also an option for a Berry Cobbler which is fruitier and uses 20 millilitres of rice liquor instead of syrup to add flavour. 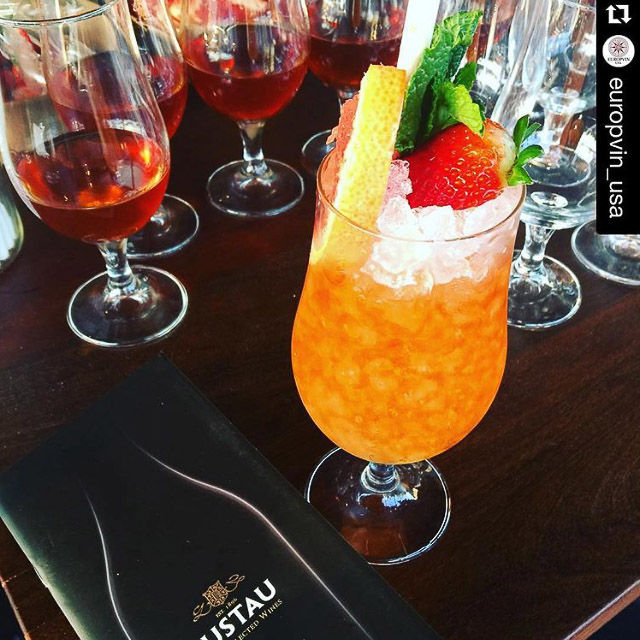 Melbourne-trained bartender Sam Ross took his creative skills to New York to create a simple cocktail derived from various whiskeys. Although this drink was created in New York at the bar called Milk and Honey, much of Sam’s inspiration came from his training and from his culture-infused lifestyle in Melbourne. He created the cocktail called the Penicillin — a sinister and smokey drink. The cocktail is classic and distinct, yet the point of difference comes from Sam’s ability to use innovative flavours based on the traditional Whiskey Sour. 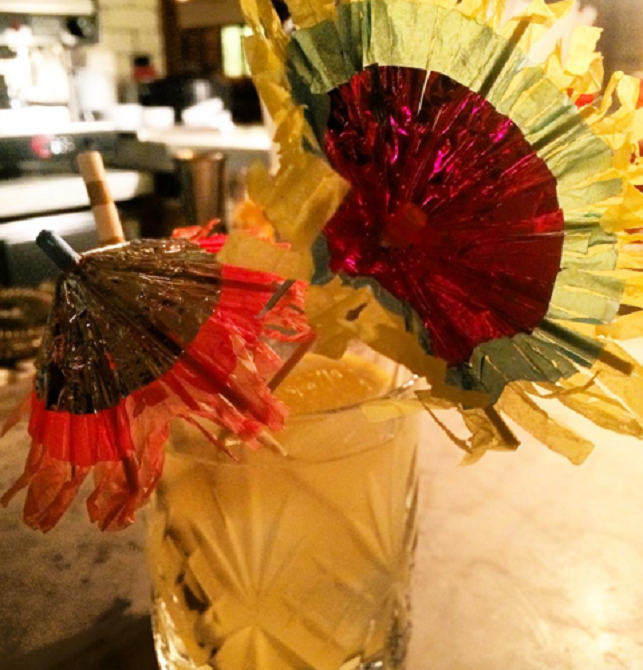 Mrs Fitzgerald and The Subcontinental

Both of these herb-based cocktails were created at the local-to-Melbourne Four Pillars Distillery, and are retakes on the modern classics that you see in most bars. Each is very much suited to the botanical and spice base which they are paired with. For example, the spiced Negroni gin has a wonderfully bright nose with strong cardamom presence. This liquid works well with bright citrus. Yet with the strong cardamom note, it seems it is in the best interest to pair it with more robust savoury flavour, such as curry leaf. 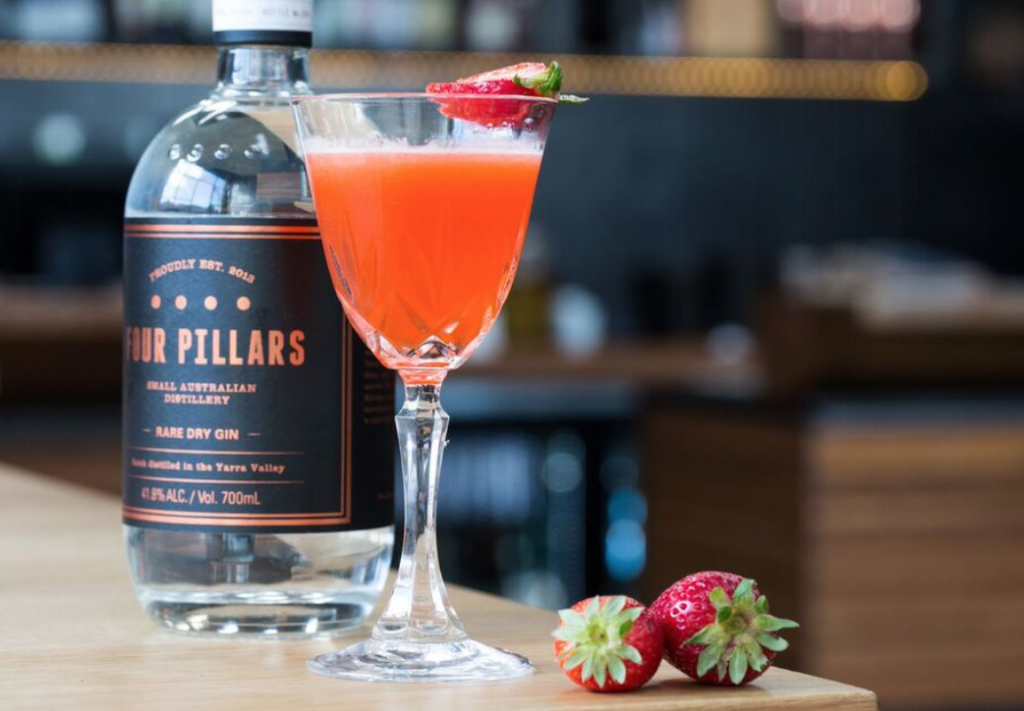 Strawberry and Absinthe are also a marriage made in cocktail heaven. The rich and dense juniper flavour pairs nicely with rare dry gin to bring out the sharp, herbaceous notes of the strawberry, orange bitters, and the Absinthe. Mrs Fitzgerald includes 50 millilitres of rare dry gin, 25 millilitres of lemon juice, a touch of sugar syrup, two fresh Yarra Valley strawberries muddled, two dashes of Regans orange bitters, and one bar spoon of Absinthe. This cocktail uses the shake and strain method into a compete or a cocktail glass and is generally garnished with a fresh strawberry. The Subcontinental requires a bit more spice. Roughly 45 millilitres of spicy Negroni gin, 20 millilitres of dry vermouth, a touch of lemon juice and sugar syrup, a dash of orange bitters, and three fresh curry leaves. Again this drink adopts the shake and double strain method with a curry leave as a garnish. 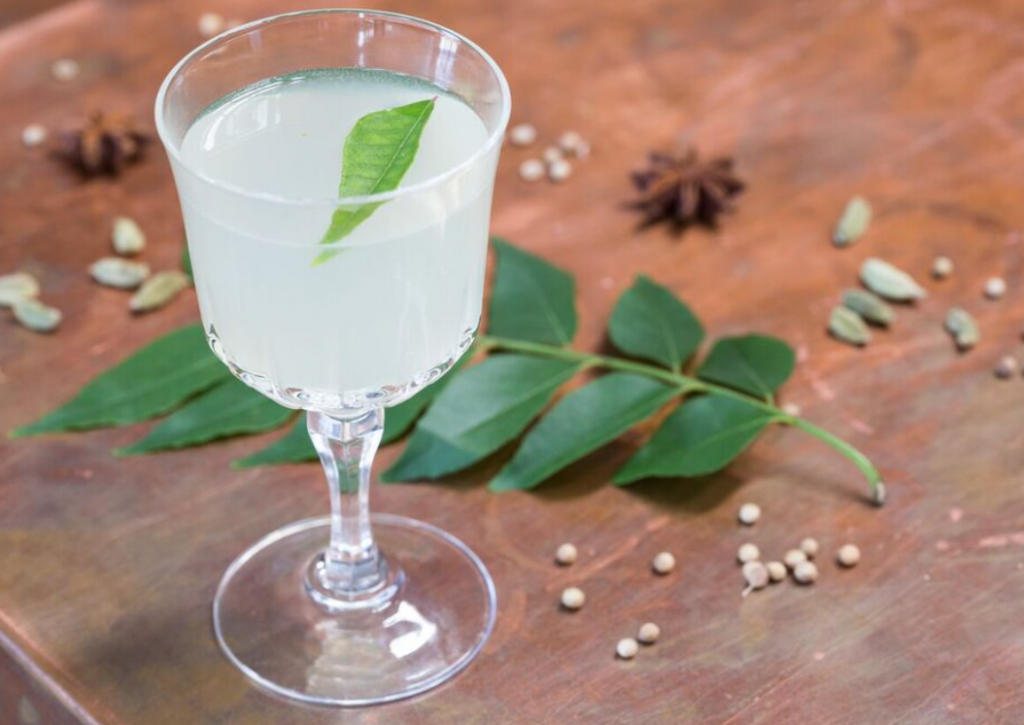