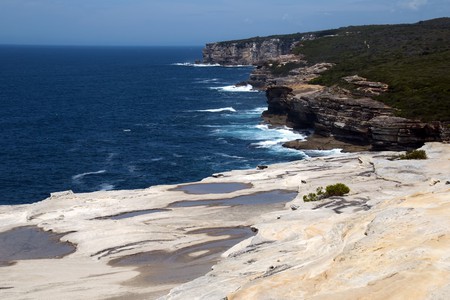 Things to do at the park

With more than 100km (62mi) of trails to suit every level of adventurer, it comes as no surprise that most visitors come to Sydney’s Royal National Park to explore on foot. The Coast Walk (or Coast Track) is one of the finest trails in Sydney. This Grade 5 (highest-intensity) 26km (16mi) one-way trail is definitely challenging, but worth every pant. Trails such as the Forest Path (Grade 3; 4.4km/2.7mi return) and Karloo Walking Track (Grade 3; 10km (6.2mi) return) offer ventures suitable for all the family, including breathtaking scenery, waterfalls, swimming, picnic and BBQ facilities. 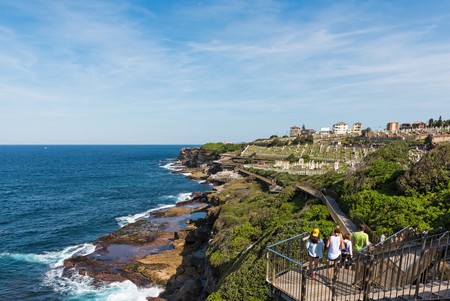 Between the months of May and October (particularly June to August) park visitors are not only welcomed with the beauty of dramatic coastal walks but the astonishing natural wonder of watching whales migrate along what is affectionately known as ‘Australia’s Humpback Highway’. Don’t forget those binoculars.

The Figure 8 Pools are among the Royal National Park’s most popular sights. These naturally formed eight-shaped rock pools are only visible at low tide, so ensure timing lines up to catch them in their full glory. Proceed with caution when breaking off from the trail and out onto the rock pools though, since the tide can come in fast and strong. Wear appropriate walking shoes and don’t venture out alone. 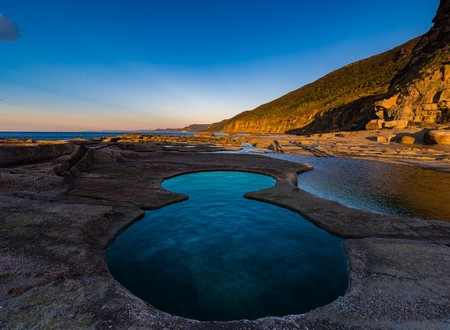 Stroll to the Dharawal Aboriginal Engravings Site to catch some impressive examples of indigenous artwork dating back more than 1,000 years. Accessed via trails from Jibbon Beach, this is the perfect place to pack up the picnic basket and bring the whole family.

With 11 fresh and saltwater swimming spots to choose from, visitors won’t struggle to keep cool after a hike or mountain climb. Although Garie Beach is indisputably a must-visit for beach babies and surfers alike. Boasting roadside access, parking and a picnic area, this 900-metre stretch of sand is perfect for a day at the beach, whale-watching or a dip in the ocean, as well as boasting consistently good breaks, for big and small swells. 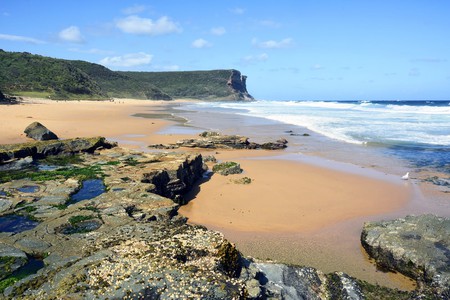 The most popular entry points to the park lie along the Princes Highway, whether you are coming from the direction of Sydney or Wollongong. The roads can busy, especially during summer and school holidays, so track the latest traffic updates on Twitter to avoid getting stuck. Cost of entrance to the park is $12 per vehicle per day. Trains from Sydney Central Station also run, arriving at Loftus, Engadine, Heathcote and Waterfall stations, which run along the western perimeter of the park. 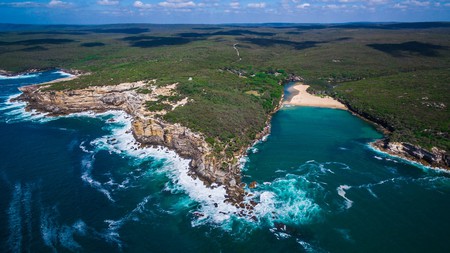 There are three camping grounds (Bonnie Vale, Uloola Falls and North Era) located in the perimeters of the Royal National Park. Permission to camp in any one of these is a must, so always contact the National Parks & Wildlife Service (NPWS) on 13000 72757 or book online. Should bricks and mortar be more your style, check out the three cottages available to rent in the park – they’re surrounded by the most blissful natural scenery any visitor could ask for.