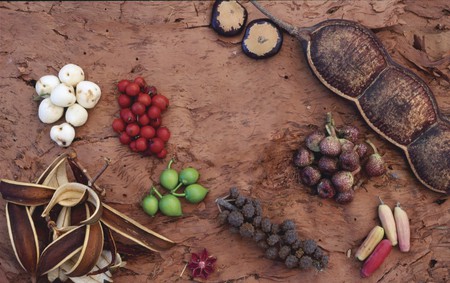 Bush tucker, or bush food, is any food native to Australia. The Australian Aboriginals used the environment around them for generations, living off a diet high in protein, fibre, and micronutrients, and low in sugars. Much of the bush tucker eaten then is still available and eaten today. We guide you through it here.

Providing the consumer with their required intake of Vitamin B, Aboriginal people learnt to hunt animals when they were at their fattest, offering the most amount of meat. Sometimes the meat would require a pounding before being traditionally cooked either over an open fire or by steaming it in pits. When fishing in the ocean, rivers, and ponds, mud crabs and barramundi were the popular choices. Whilst mud crabs were easy to catch, and tasted delicious boiled or roasted, barramundi would commonly grow to 1.2 metres, feeding more mouths, served on hot coals and wrapped in paper bark.

Land animals such as kangaroos, historically known as being high in protein, and emus whose meat is known to be higher in protein, Vitamin C, and protein than beef, are both low in fat. Not only are the two animals from the national emblem native foods, but hunters don’t stop there, hunting both small and large animals. Goannas are said to offer oily white meat tasting like chicken, while a 100g serving of stewed crocodile meat contains as much as 46g of protein, which is almost double the serving of a similar portion of chicken.

Other native animals previously captured by both Aboriginal and White Australians include: carpet snakes, rats, mussels, oysters, turtles, wallabies, echidnas, eels, and ducks. Most animals are still eaten today, and many like barramundi have made it to restaurants. 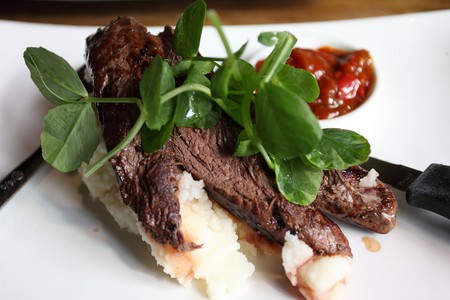 The most famous of all bush tucker is the witchetty grub, which can be eaten either raw or roasted over a fire or coals, and holds a nutty taste. This grub is ideal for survival as they are a good source of calcium, thiamin, folate, and niacin, rich in protein and supportive of a healthy immune system. Like witchetty grubs, green ants are relatively high in fat content and another popular choice for tucker. Said to taste like lemon, the green ant’s white larvae is usually eaten, otherwise the green ants and their eggs have also made an appearance in a drink suitable for relieving headaches by grounding and mixing them together with water.

Many other insects known to be favoured include river red gum grub, Coolibah tree grub, cicadas, and tar vine caterpillars. Edible insects themselves offer a large amount of protein for such small creatures, for example, caterpillars contain 280g of protein per 1kg, which is 20g more than what salmon provides, along with good flavour, making insects a popular choice for bush tucker, especially on-the-go. 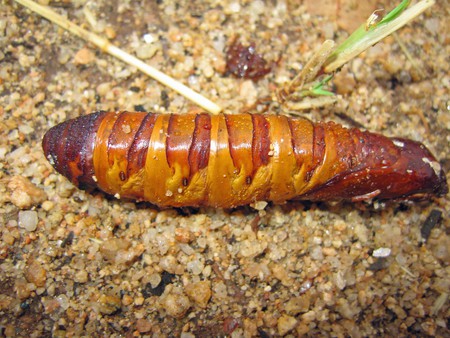 We all know you need to find your five a day, and in bush tucker this is no exception. Red fruits like quandong, which can be eaten raw or dried, and are often made into jams, and green fruits such as Kakadu plums contain 100 times more Vitamin C than oranges do. Other fruits and berries often eaten include kutjera, Davidson’s plum, boab, native gooseberry, lady apple, wild orange, wild passionfruit, desert lime, snow berry, and white elderberry.

Similarly to fruits, vegetables also act as a source of vitamin C, however, they are usually richer in other vitamins. The kumara, for example, are a staple crop of sweet potatoes that are rich in protein, Vitamins A and C, calcium, dietary fibre, and iron. Other common vegetables include yams, warrigal greens, water lilies, bush potatoes, and sea celery. 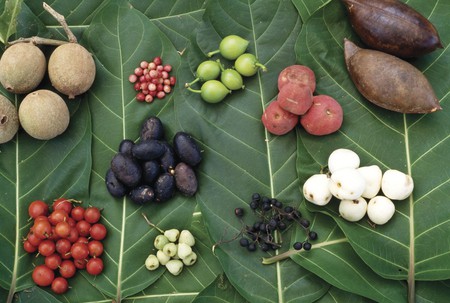 You can’t have a meal or make herbal drinks or sweets without a variety of spices. Throughout Australia, there are plenty of native spices from the mountain pepper and aniseed myrtle, to native basil, native ginger, and blue-leaved mallee. Each of these sources is able to be turned into food, an alternative flavour to one of the aforementioned food groups, a healthy drink, or act as a natural medicine.

Tree gums, for example, can be dissolved in water with honey, making sweets that the kids will love, but alternatively the sweet exudate that can be found on some of these trees can be made into jelly. Lemon ironbark and, one of the most famous plants in history, lemon myrtle, can be used in cooking or alternatively used as a herbal ingredient for tea to relieve cramps, fevers, and headaches. 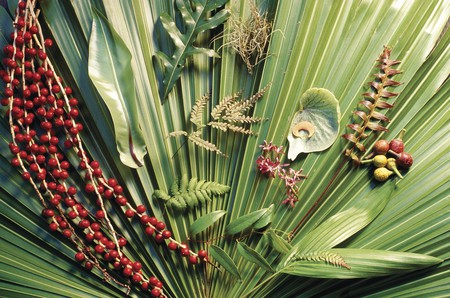 Nuts and seeds are another popular small choice; however, with many nut allergies seen today this shouldn’t be a go-to food group should you have any. Many of the edible seeds require soaking, pounding, and grinding before being baked in a careful ritual that is designed to remove the toxins from the food prior to eating them. If this preparation is not done correctly, most seeds will not be suitable for eating. Most nuts like the macadamia nut, peanut, and the Australian cashew, and seeds like the cycad palm seeds and seeds from the strap wattle and pigweed, can be eaten or turned into breads and cakes.

A prominent food for the Australian Aboriginals is the bunya nut. Similar to a chestnut (in both taste and appearance) this nut can be eaten raw or cooked. Traditionally, the Aboriginal people have been known to turn this nut into a paste to be eaten, or cooked on hot coals making bread. Similarly, seeds from the dead finish are collected to make delicious seedcakes. 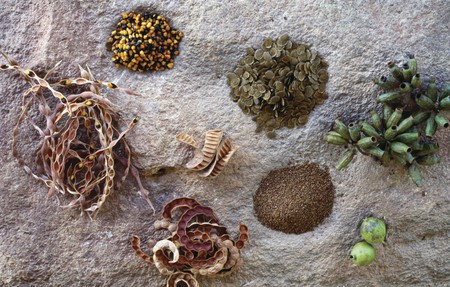 Although fungi are often believed among Aboriginal communities to hold ‘evil magic’, thus deeming them inedible, there are certain fungi that are believed to be of ‘good magic’. The truffle-like fungus, Choiromyces aboriginum, is a traditional native food that can be eaten raw, as well as cooked for over an hour in hot sand and ashes. This fungus is also a source of water, which is always key.

Commonly known as native bread (fungi) the Laccocephalum mylittae can also be eaten raw, but alternatively when roasted this fungi has been described to hold the flavour of boiled rice. 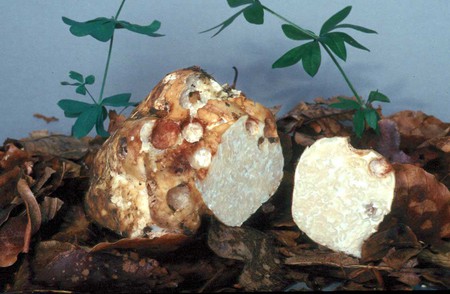