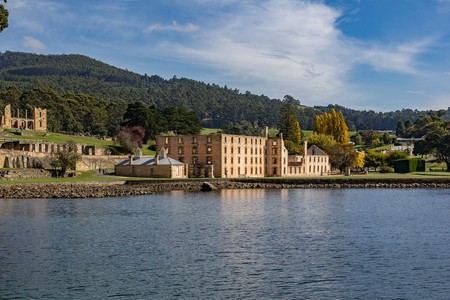 Port Arthur began as a small timber station in September 1830 and by 1833, it had evolved into a penal colony for the worst British convicts and repeat offenders, as well as juvenile offenders who were sent across the bay to Point Puer. Governor Arthur founded the settlement on the revolutionary idea that prisoners could be reformed through psychological punishment, trade training and religious education. Port Arthur was established as an industrial, self-sufficient settlement that relied on unpaid labour from prisoners. Some of the trades included collecting timber, shipbuilding and shoemaking. Located on a peninsula, the prison was advertised as inescapable with the surrounding waters rumoured to be shark infested and military personnel and guards dogs stationed at Eaglehawk Neck. Port Arthur was closed in 1877.

In an effort to cloak the unfavorable negative connotations of Port Arthur, the area was renamed Carnarvon and the land was broken up and sold at private auctions. However, haunting ghost stories and popular novels featuring Port Arthur including For the Term of His Natural Life (1874) by Marcus Clarke and The Broad Arrow (1859) by Caroline Leakey sparked a newfound interest in the penal colony. In 1927, the original name was reinstated.

Welcoming 250,000 visitors each year, Tasmania’s top tourist attraction features over 30 historic buildings spread across 40 hectares including the Penitentiary, Convict Church and Guard Tower. The site also includes a museum containing artefacts from the Convict era as well as a research room where you can explore your convict heritage. For an additional fee, you can visit The Isle of the Dead which is the resting place for 1,646 convicts, military and civil officers, women and children and Point Puer Boys’ Prison. There are also nightly lantern-lit ghost tours where you’ll hear spine-tingling stories of the many paranormal occurrences at Port Arthur. Other facilities include two cafes, a bistro, visitor’s centre and gift shop. 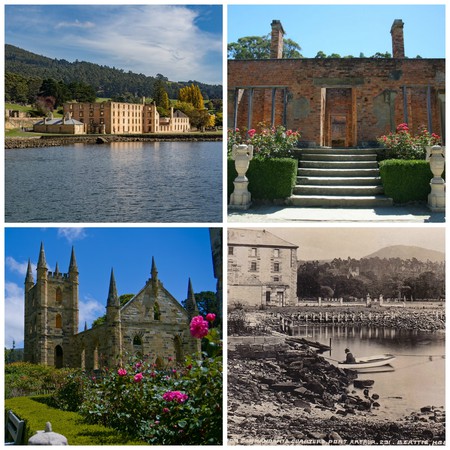 On Sunday the 28th of April 1996, the Port Arthur historic site was the scene of the worst massacre in Australian history. Martin Bryant murdered 35 people and wounded 23 after opening fire. He is currently serving 35 life sentences with an additional 1,035 years without parole. The killing spree prompted State and Federal Governments to enforce strict gun control laws within Australia. In commemoration of the victims, there is a Memorial Garden and reflection pond.

Located on the Tasman Peninsula approximately 90 minutes south east of Hobart, Port Arthur takes its name from George Arthur who became lieutenant governor of Van Diemen’s Land in 1823. To get to Port Arthur, follow the winding Arthur Highway or hop on a cruise from Hobart through the scenic Storm Bay.