Margaret River is the renowned surfing location and wine region of the South West of Western Australia with over 135 wineries in the area serving a variety of red and white wine, making up three percent of Australia’s grape production. Named in the late 1830s after early settler John Bussell’s step-second-cousin Margaret Whicher, Margaret River is one of the state’s well-loved towns and holiday sites.

Known as Wooditchup to the Noongar people in the area, there is evidence that this Australian Aboriginal tribe lived in Margaret River for about 48,000 years. Recognised as one of the earliest sites of human occupation in the country is Devil’s Lair Cave, just south of Margaret River, with the identification of stone and bone artefacts, animal bones and human remains; and despite the settlement of Europeans in the area, the Noongar people continue to hold their connection with the area. 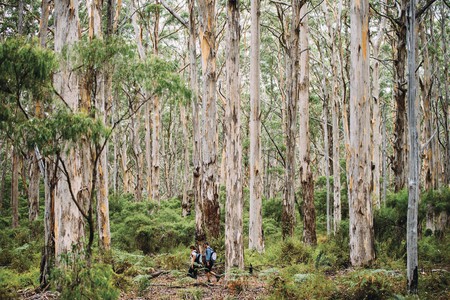 Dating back to the early 1620s, Dutch vessel Leeuwin first sighted the south-west coast of Western Australia; however, it wasn’t until the 1830s that a group of white settlers were convinced to settle near Cape Leeuwin. This group of people set out to form the town of Augusta, and whilst repairing the severely damaged HMS Success with the local jarrah, allowing its safe return to England, they realised the potential of the area.

By the 1850s, a group of convicts were sent to cut jarrah timber for export; however, they were recalled when they realised it was not profitable. In the same decade, John’s brother Alfred Bussell and his wife, Ellen, built a homestead in Ellensbrook – originally a traditional Noongar camping area known as Mokidup – becoming the first settlers in the Margaret River area. Even though the first attempt at creating a timber industry was unsuccessful, the 1870s saw the Western Australian government granting a long-term lease and Special Timber Licenses to encourage the industry to start once again. With success, the timber industry grew and supported the growth of the region in the 1880s.

Many Noongar people continued to live in the area, despite this, and some were even offered work for the Bussell family, helping them with the identification of flora and fauna, farm labouring and helping to translate the language. 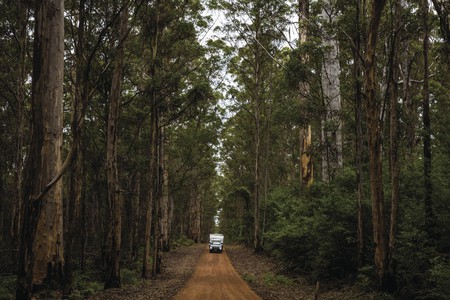 It wasn’t until 1912 that Margaret River started to be built, with three houses built in what is today regarded as the town site. The following year saw the beginning of the closures of the timber mills as the forests started to decline.

In an attempt to bring more settlers to Margaret River, the government set out a Group Settlement Scheme in the early 1920s, which encouraged the development of the commercial community with a bakery, post office, fresh food shop and a hospital. During this period, the population increased from 200 to 2,400 people, establishing schools and a railway line connecting Margaret River with Busselton. With the growth of the population, the first Margaret River Agricultural Show was successfully held in Higgins’ Paddock in 1929, quickly followed by a number of Women’s Associations and clubs being formed in the region – including Boy Scouts, Girl Guides, Returned and Services Leagues, and the Red Cross.

The first pine trees were planted in 1933, where extensive planting occurred until the 1940s to bring the area back to where it was prior to the timber industry takeover. Finally arriving in Margaret River in 1937 was the electricity supply, although the supply did not support a 24-hour basis. Although there were many successes coming to the region, the 1930s was the last spotting of a quokka; today, they are only found on Rottnest Island and a few smaller islands off the west coast. 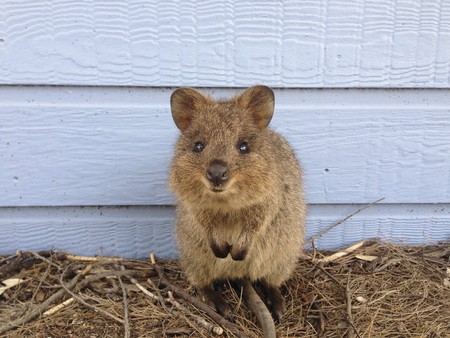 Following the second World War, a number of Europeans took part in the mandatory two-year period of cutting down about 300 acres of forest land; and Italian Prisoners of War were moved to the area to work as farm labourers. During this period, the War Service Land Settlement was established and deemed more successful than the earlier scheme due to an improved standard of housing.

By the 1950s, the opening of the Prevelly Caravan Park marked Margaret River as both a growing holiday and tourist destination. As the region continued to grow, the Noongar people living in this area continued to practice their traditional ways, alongside the formation of the Augusta-Margaret River Shire Council in 1961, followed by the first commercial vines planted in 1966 for viticulture. 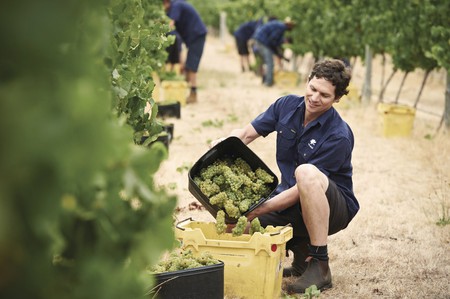 The 70s saw an influx of surfers who travelled and moved to Margaret River after identifying it as some of the best waves in Western Australia, leading into the first professional surfing competition in the region held in 1985. The 80s also saw the shire almost double in size, as accommodation multiplied and many farming areas took over as vineyards.

As the viticulture took over the area, the early 2000s saw the family-owned industry move to corporate owned; however, this did not affect the population or visitors. Come the turn of the millennia, more annual competitions and festivals were introduced to the region including the Drug-Aware Margaret River Pro surfing competition (each April), the Margaret River Wine Region Festival (each October) and the Margaret River Classic Professional Surfing Competition (each November) – alongside the opening of the Wardan Centre in Yallingup encouraging local Wardandi Noongars to pass on and maintain their cultural knowledge. 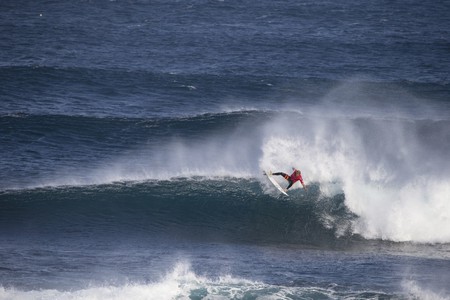