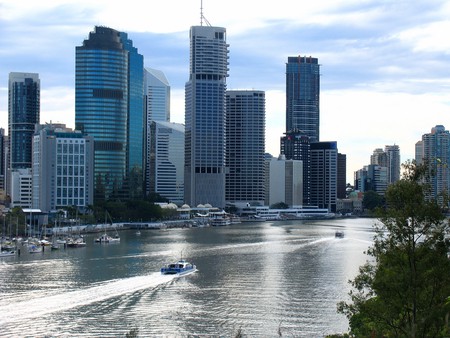 Located just across the Brisbane River from the CBD, the Kangaroo Point Cliffs are perhaps the most dramatic natural land formation in the inner city. It’s an iconic part of the Brisbane cityscape, book-ended by the Story Bridge and the leisure-hub of South Bank.

However, these 25 metres tall cliffs aren’t entirely natural. Before European settlement, this area of Brisbane was comprised of steep rocky slopes. In his log book, the famed Surveyor-General John Oxley noted a “high, rocky bank” surrounded by “jungle, fringed with mangroves with the higher land open forest, covered with grass.” Some reports indicate that the indigenous population lived in some of the natural caves.

The jungle and grass were cleared two years later, so the newly formed settlement had land to farm wheat and maize. This section of Kangaroo Point would later be converted into an industrial site around 1850, including ship building, foundries, a saw mill and soap and candle factories. 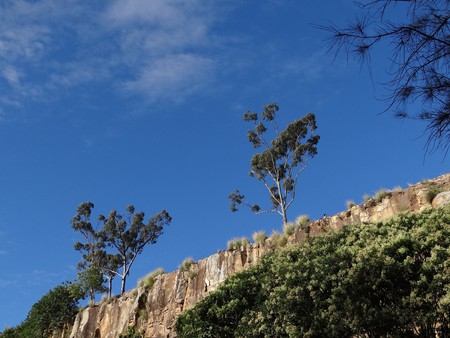 The earliest report of quarrying in the area is from an 1829 survey of Brisbane Town. Once cut from the Earth, the unique volcanic rock and stone was transported up and down the river on punts to numerous early construction projects, including buildings, roadworks and sea walls. The most iconic buildings featuring the iconic Brisbane Tuff – as the green and pink tinged rock became known – are the heritage-listed Commissariat Store and The Old Windmill, both located in the CBD.

The quarry remained operational until 1976. By this time, the surrounding suburbs had been heavily developed and were fast developing into a popular inner-city residential suburb. Trolleybus services were in place to connect residents to the CBD and Fortitude Valley.

The site is now an attractive picnic and recreation site. The cliff face itself is often crawling with rock climbers and abseilers who love that this single site has a multitude of opportunities for adrenaline seekers of all skill levels.

The 15-20 metres strip of land between the base of the cliffs and the riverbank has been redeveloped and re-vegetated, adorned with distinctive colourful sculptures. In 1982, the area along the top of the cliff face was also converted into parkland. Named Scout Park, the site commemorates 75 years of scouting in the state and offers impressive views to the north and west of Brisbane.