A Brief Guide To Australia Zoo

The ‘Home of The Crocodile Hunter’, Steve Irwin, as well as an array of animals – including a variety of reptiles – is the beguiling Australia Zoo. Spread across 40 hectares, the zoo is located on the Sunshine Coast near the Beerwah/Glass House Mountains, and offers an array of experiences for animal lovers from across the nation and the world.

Today’s iconic tourist attraction, Australia Zoo, opened on 3 June 1970 by Bob and Lyn Irwin as the Beerwah Reptile and Fauna Park. Bob, who is a world-renowned herpetologist, and Lyn, who cared for and rehabilitated the wildlife who were sick and injured, initially opened it as a reptile park and began living on-site. With the help of their children, especially Steve Irwin who had long cared for the crocodiles and reptiles, they expanded the park to 1.6 hectares and changed its name to Queensland Reptile and Fauna Park by 1982. The following years saw the opening of the popular Crocodile Environment Park, aiding in the protection of the deadly Saltwater Crocodile. By 1991, Steve took over management with the help of his best mate Wes Mannion, and in 1992 his parents retired from the zoo.

Meeting his wife Terri in the same year, the two married and improved the wildlife park, renaming it Australia Zoo in 1998. Growing with the philosophy that the ‘zoo animals came first, the zoo team came second, and the zoo visitors came third’, the zoo won the Australian Tourism Awards in 2003-2004 for Major Tourist Attraction, and in 2004 opened the Australian Animal Hospital next to the zoo in honour of his mother, Lyn.

After the passing of Steve in 2006, the zoo was handed over to its current Director Wes Mannion, and is owned by Terri and children Bindi and Robert. The following year saw Australia Zoo expand to a world-class standard, and subsequently continues to grow to this day under Steve’s vision of becoming the ‘biggest and best wildlife conservation facility in the world’. After all, there is no other zoo in the world quite like this one. 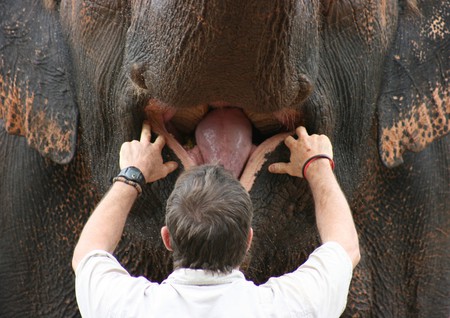 At a zoo there are of course many things to see and do, but at Australia Zoo there are a variety of experiences to be encountered. The zebras and giraffes in the Africa exhibits are a must-see, but try not to make noise as you move through Tiger Temple. Rock with the elephants in Elephantasia and be whisked away in the Rainforest Aviary, and be sure to take a tour of the zoo and attend one of the many shows to learn more about your favourite animals.

Walk through certain enclosures to feed the kangaroos and wallabies or pet a koala, or if you’re lucky come across the roving animal team and get your photo with one of the many animals touring the zoo – including lizards, wombats, koalas, possums, dingoes, blue-tongue lizards, pythons, baby american alligators, macaws and so much more. If these are only making your heart cry for more, there are 22 animal encounters to choose from for a unique experience like no other. From hanging with the otters to spending some quality time with a cheetah, getting up close to a komodo dragon or a two-tonne rhino, or heading out on a walk with a tiger cub, there is something for everyone.

However, it is the Crocoseum that provides a truly unique wildlife show that you will be hard-pressed to find elsewhere. Seating about 5,000 people, visitors come face to face with roaming birds and snakes, before witnessing the zoo’s resident Saltwater Crocodiles appear for a feed. 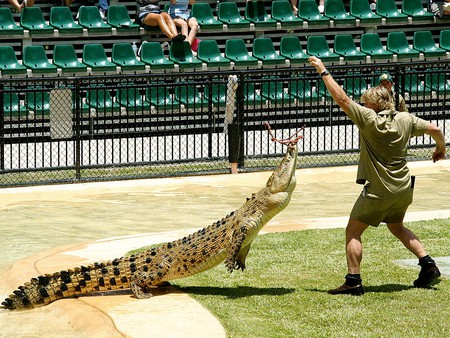 Providing meals to satisfy the whole family, including coffee and cake for when you’re feeling peckish, the Food Court seats up to 1,500 people, standing as one of the Sunshine Coast’s largest food and beverage operations. Whether you eat whilst listening to one of Bindi’s Wildlife Adventures, or admire the napping koalas in the trees within the food court, the Feeding Frenzy is much more than a place to eat.

Within the exotic mammals precinct, the more intimate Dingo Diner serves hot food, sandwiches, coffee, cakes and ice cream for the warmer days. However, if you don’t make it here there are many smaller vendors throughout the zoo offering pies, ice cream and a selection of drinks. 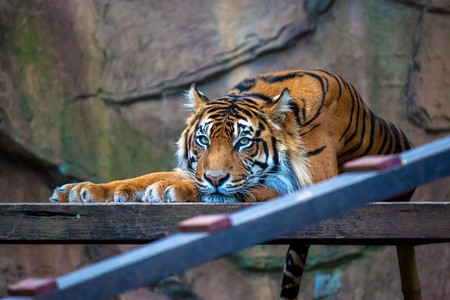 Located 1.6km from Australia Zoo lies the Beerwah Motor Lodge offering a casual redbrick motel within close proximity to the zoo. Surrounded by the lush trees, you can relax on comfortable beds and pillows after a busy day sightseeing or exploring the zoo. Unlike hotels, this Lodge offers the simple touches that are often forgotten in turning a room into a home.

Immerse yourself in the Queensland rainforests at the relaxing Glasshouse Mountains Ecolodge. This 4-star hotel, located just 10 minutes from Australia Zoo, lies 6km from the Glass House Mountains Lookout and offers a unique eco-friendly escape. Whether you stay in a standard room, a beautifully restored 125-year-old timber country church, or a Victorian or Queenslander Train Carriage, you will be taken away in the blink of an eye.

A bit further away from Australia Zoo is the Mantra Mooloolaba Beach, where you can stay at the doorstep of a restaurant, café and shopping strip and enjoy the beach all at once. Located not far from the waterfront, you can enjoy the sea breeze and view in your one, two or three bedroom apartment – each with a private balcony – and wind down in the outdoor pool or spa after a big adventure. 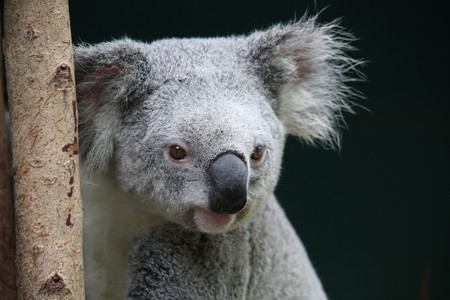 Koala at Australia Zoo | © craigles75 / Flickr
Give us feedback