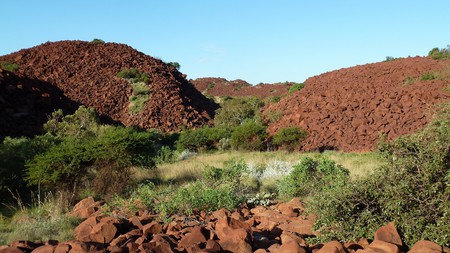 The remarkable discovery of one of the most ancient settlements in Australia has come to light, with evidence of circular foundations believed to be ‘stone houses’ that are to up to 9,000 years old. Located on Rosemary Island – within the National Heritage listed Dampier Archipelago in Western Australia’s north-west – archaeologists are working on a case to equip this area with a World Heritage Listing.

The 14-person team from the University of Western Australia (UWA), led by the Director of UWA’s Centre of Rock Art Research and Management Jo McDonald, initially found the settlement of eight stone rings in a cave floor on the outermost of the 42 islands within the Dampier Archipelago, Rosemary Island, in 2014. Each of these houses are seen to have notable separate areas – possibly sleeping and working areas – enabling researchers to understand how these people lived during times of environmental stress; with supporting evidence of seeds having been ground into the rock floor within the houses.

Although similar domestic structures have been found across Australia, none have been identified to be anywhere near as old as these. Due to the identification of terebralia – a mangrove gastropod that is known to have been eaten by Aboriginal people – within the houses, researchers were able to recently estimate the age of these formations. Dating back to the end of the last Ice Age, the excavations also show the rapid sea level rising that these people faced during this time, occurring at a rate of around one metre every five to ten years and resulting in the separation of the Archipelago Islands from the mainland. 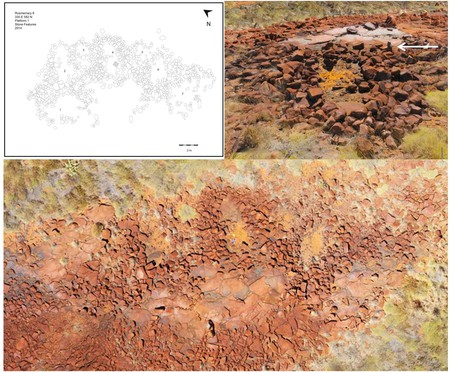 Rosemary Island and the surrounding islands, along with the nearby Burrup Peninsula are collectively known as Murujuga (meaning ‘hip bones sticking out’) in the local language of the Ngarluma people. It is within this peninsula that the world’s largest concentration of Aboriginal rock art has been identified, with some rocks believed to have been formed during the Archaean Eon over 2,400 million years ago. Due to such historic extent and significance, this region has long become a deeply spiritual place that the local Aboriginal culture is largely based around.

Not only has this discovery been an enormous scientific breakthrough – with further evidence suggesting human occupation in Murujuga dating back 21,000 years, and previous identification of human occupation on nearby Barrow Island dating up to 50,000 years – but allows the Aboriginal communities within the area to enhance ‘their connections to their deep past and cultural heritage.’