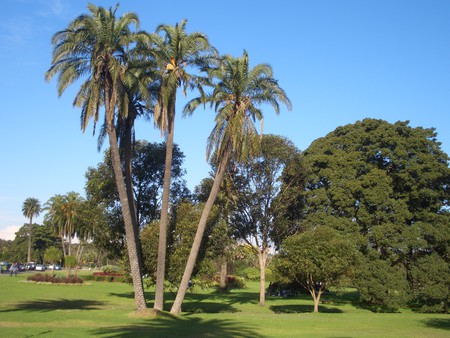 Sydney is spoilt with stunning coastlines and harbours, which makes for plenty of picture-perfect cycling routes to choose from. The city is also lucky enough to have plenty of dedicated cycle paths, so put on your Lycra, and get ready to ride around this beautiful city.

If you’re a cycling novice or just want to avoid the roads, Centennial Park is the perfect option. It is flat, car-free and full of stunning lawns, trees and gardens to admire while you’re cruising around. There are plenty of bikes-for-hire, including ones fit for a whole group, and there is a special learner’s cycleway for beginners.

The Parramatta Heritage Trail is another easy cycle loop, and this one is conveniently located near the Parramatta train station. History buffs will enjoy cruising past some of the city’s oldest buildings, such as the Old Government House, built in 1799. The track also takes you along the stunning Parramatta River and through Parramatta Park.

The former Male Ward 1 of the Parramatta Lunatic Asylum, built by Colonial Architect James Barnet in 1885 from remnant sandstone of the Female Factory, which was demolished in 1883. Now the Institute of Psychiatry. My favourite building in Parramatta. #heritage #parramatta #ride #bikesydney #sydneybybike

A post shared by Parramatta Heritage Rides (@parramattaheritagerides) on Jun 25, 2016 at 11:53pm PDT

Confident and adventurous cyclists will enjoy this 29km off-road track, which takes the rider up and down hills with stunning views of western Sydney. Look for farm animals in the nearby Calmsley Hill City Farm, and be sure to take plenty of photos by the Greystanes Aqueduct, built in 1888, with its many arches that span 225 metres.

Great morning for a ride in Prospect 📷 care of @poidamak #aturablacktown

Fancy some art to admire while cycling? Then the Olympic Park tracks are for you. There are three tracks to choose from including the Parklands Circuit, the easy option, which is 5.5km; the medium challenge of the Olympic Circuit, 7.6km; and the hardest option, the River Heritage Circuit, which is 11km. All of of the paths have interesting attractions to admire along the way, including artist installations, lookouts and swamplands.

The Bay Run is pretty enough to be on a postcard and is the perfect ride to take to enjoy Sydney’s stunning harbour. The 7km path takes pedestrians and cyclists on a journey along Iron Cove and through several parks and a few suburbs, running close to the water’s edge.