Things to Know Before Visiting Australia 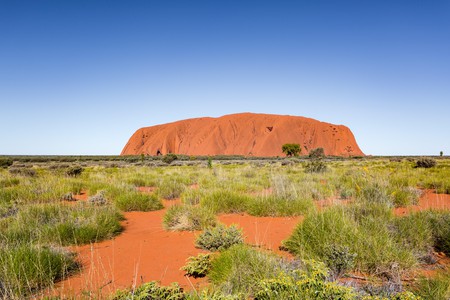 Visitors are no longer permitted to climb Uluru, one of the most important Aboriginal sacred sites in Australia | © ronnybas / Alamy Stock Photo

From sunscreen to Tim Tams, and from BBQ etiquette to safe swimming, here are Culture Trip’s do’s, don’ts and doo-doos when it comes to a faux pas-free visit to Australia.

It’s easy to get carried away with the excitement of going Down Under, from seeing kangaroos and koalas to swimming in its pristine waters and soaking up the summer sun. However, there are some crucial things you should know that can save you from embarrassment, confusion, sunburn and ravenous sharks …

Never turn up to a BBQ empty handed

If you’re invited to a BBQ in Australia, whether at a house, park or beach, never turn up empty handed. Whether you make a salad dish, provide some meat, bring dessert or buy some booze to go around – a bottle of wine or champers will always go down a treat – always turn up with a little something as a helping hand and thanks. BBQs are usually BYOB occasions, so you’ll be empty handed if you don’t bring any drink for yourself. Another polite gesture is to leave any unconsumed beverages in the host’s fridge, as a nice little sign of gratitude before you leave the party. 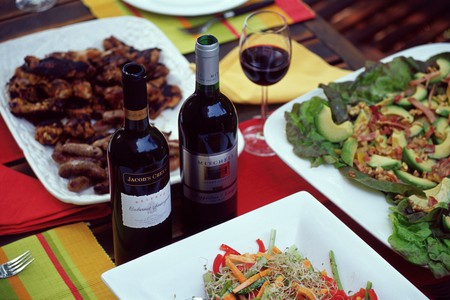 Aussies speak English, but they tend to have their own slang words that strongly control their conversational Australian English. You could be left in that strange situation where you speak the language but don’t understand what they’ve just said. So, to help you out, here are some words to remember: thongs = flip flops; togs/swimmers/bathers = bathing suit; tomato sauce = ketchup; chuck a U-ey = make a U-turn; “Do you want to join us for tea?” = “Do you want to join us for dinner?”. Remember those and you should be on the right track, but don’t be afraid to ask questions, most Aussies will be happy to translate – you’ll be fluent in no time.

Summer is different right across Australia

Each Australian city provides a different type of summer. Regardless, do wear plenty of sunblock wherever you are. The summers of Perth are very dry, while the heat in Brisbane will be very humid. For a cold summer – if you can call it summer – check out Hobart, or on the flip-side, head to Darwin for a year-long summer. Each city offers something different, and the variation in Australia’s climate can actually make you feel like you’re travelling to different countries. So be prepared for anything. 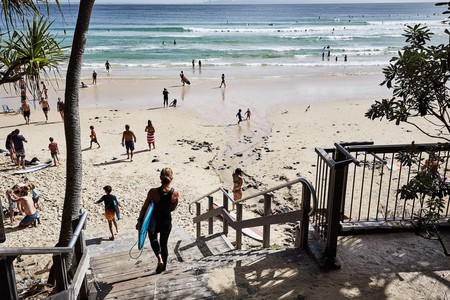 While the Australian climate is variable, sunblock is a constant, and needed everywhere. Even if you like to get a sun tan, don’t do it without smothering yourself in sunblock because Australia’s sun is harsh. With a thinner ozone layer, not only does Australia heat up very quickly, but the rays are also especially harmful to your skin, sometimes to a point that you can even feel your skin sizzling. The sunburn will last weeks and the blister will be painful. If you have very pale skin, it may be best to wear a hat and a sundress, or shirt, to keep that skin covered.

No, really, Australia is massive. You may think you could hop on a quick flight from one side of the country to the other, but the reality is that a flight from Brisbane to Perth will take over five hours, while the drive would take you three days – not an easy feat. However, each state is so vast that there is plenty to do. Whether you make it to two or more states and territories or stick to just the one, there is never a dull day. Don’t feel the pressure to explore every facet of this amazing country in one go – you can always come back another year.

You will not see wildlife everywhere, nor is everything deadly

The hopes and dreams of seeing kangaroos and koalas roaming the streets are unrealistic; with cities developing fast, the wildlife has headed inland, and if you want to see these native animals, it’s best to visit a wildlife park. While on the subject of animals, not everything you see is deadly, and even if you do happen to have an encounter with a more dangerous creature, it is unlikely they will actually kill you. Australia does have a wonderful natural habitat full of beautiful – and often unique – creatures, many of which can be very dangerous, but this country is not a death trap, you will be fine. 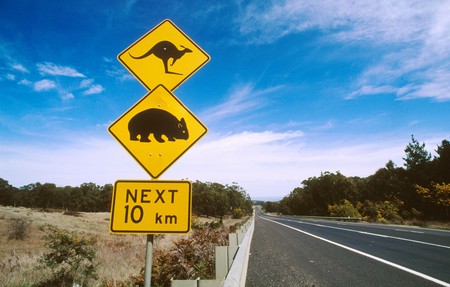 Whether you smoke or not is up to you, but in Australia, it’s not a cheap habit at all. With a legislation in place which means one packet of cigarettes will set you back $40 (£22), you won’t want to get into the habit over here unless you’re willing to spend a significant chunk of your holiday kitty.

Be prepared to go offline

The internet in some areas of Australia can be slow and expensive, to the extent that it’d be a real shock to the system to many of us used to easy internet access. If you absolutely have to remain connected, the best and cheapest option is to buy yourself a hotspot to take around with you. They really are a valuable investment, not just because it keeps you connected on the move, but also because some have the ability to double up as a portable charger for your phone. Two technological birds with one stone.

Tim Tams are the new Oreos

Technically, Tim Tams came first, but Aussies like to keep these to themselves – you’ll understand soon enough. One packet of Tim Tams will be finished in the blink of an eye, so be sure to stock up on these delicious snacks, especially when you’re packing your suitcase to leave Australia. If you don’t miss the sun, the beaches or the friendly atmosphere of Australia, you’ll definitely miss the Tim Tams. 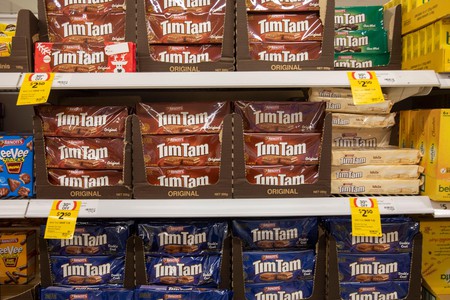 Get to know the currency

Australian money is colourful and plastic, and the size of the notes – $5, $10, $20, $50 and $100 – increases as the value increases. Also, everything is rounded to the nearest five cents – no pennies here – so the smallest change provided is five cents.

Cars drive on the left

Driving in Australia is quite common as public transport isn’t necessarily the best, though that does depend on which city you are in. So in regards to driving, remember to keep left – easy to do if you’re from the UK. And if you’re out walking, be sure to look right before crossing. Or to be extremely safe, look both ways several times before crossing – which is what you should be doing anyway.

AFL and rugby are better than football

To the rest of the world, football might be number one, but in this sporting-mad country AFL and rugby are the sports which really get the Aussies going. If you happen to be in the country at the right time, buy tickets and head down to watch a game, or watch on the TV, over a few bottles of beer, and embrace these favourite Aussie pastimes. Even if you find the rules confusing, you’re guaranteed a good time. 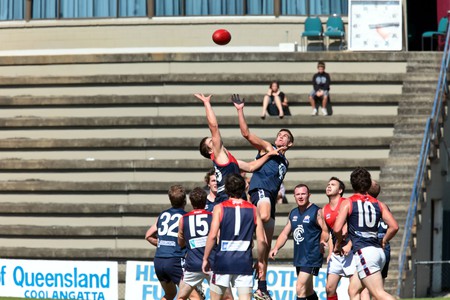 Always swim between the flags

Remember when we spoke about all the deadly animals in Australia? And how it’s actually a really safe place to visit? Well that remains true, but the waters surrounding this land are extremely shark-infested. So, please make sure you swim between the flags, where you are much less likely to come face-to-face with one. The flags are also put in place to protect you from dangerous swells. If you choose to go into the water, be sure to never swim alone, and as long as you don’t stray past those flags, you’ll be safe to enjoy those beautiful waters.

Australians today show great respect towards the Aboriginal and Torres Strait Islander people; after all, they are the traditional owners of the land you are walking around on. These respects are also paid verbally before certain ceremonies, meetings and events. Just always remain respectful of all people and their cultures – there are a lot of amazing things to be learnt from Australia’s Aboriginal history. 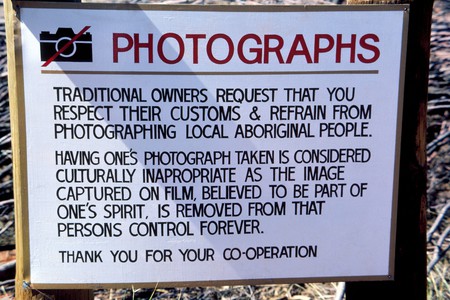 A “No Photography” sign asks visitors to respect the Anangu aboriginal peoples who live around Uluru. | © Michele and Tom Grimm / Alamy Stock Photo

Borders into Australia can be very strict

Australians are laid-back people, which is true; however, if you try to bring certain things into the country that are prohibited, then border control will stop you. Forbidden things include fruits, vegetables, meat, eggs, plants, seeds, feathers, skins, drugs – if it’s medication, it must be declared by your doctor in writing – as well as obvious things like weapons, protected wildlife and firearms. So, think before you pack.

Call 000 in an emergency

For the emergency number in Australia, call Triple Zero (000). You will then be directed to either the police, fire or ambulance departments, depending on the emergency and the severity of the situation. They will guide you through the process and help you via phone where necessary. Hopefully, you won’t need to use this information, but it is a valuable thing to know.

Booze is religion, and so is coffee

Standing as one of the world’s major wine and beer producing nations, it’s easy to see why Aussies love their booze. But, no matter what people say, Aussies do not drink Fosters. Rather, there are plenty of locally brewed beers like Victoria Bitter (VB) or XXXX, so try one of them – otherwise, head to the numerous wine valleys across the country for some truly delectable varieties. And if you need a coffee to get through the day, Australia knows how to make a good cup – the Flat White was even invented here. 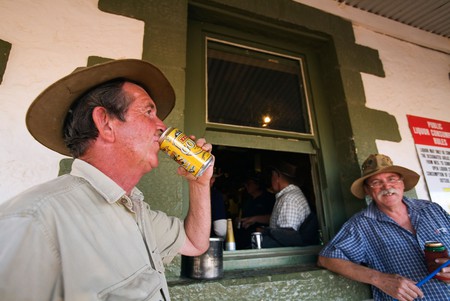 Rentals are listed $ per week, not month

If you’re looking for a place to live Down Under, the biggest shock of all is finding a brand-new five-bedroom house with a pool, deck and outdoor kitchen, overlooking the beach, and seeing it advertised for only $750. The harsh reality is, in Europe, it’s easy to read it as per month, but in Australia, this means $750 per week. If you’re still unsure, be sure to clarify with the agent before biting off more than you can financially chew.

Although it’s common to tip in places like America, in Australia, the minimum working wage is a lot higher, meaning tipping isn’t necessary. All service charges are included in the bill, so you will never have to worry about adding extra. If you are feeling particularly grateful and do choose to tip, base it on however much you feel their services should be tipped, but there are no expectations here.