20 Facts You Never Knew About Melbourne 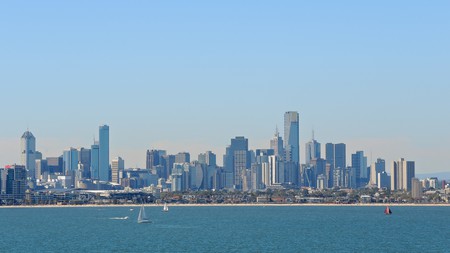 No matter whether you were born in Melbourne or migrated here from interstate or overseas, there are always undiscovered snippets of knowledge waiting to be absorbed. We’ve scoured the internet and the pages of history books to bring you 20 facts about Melbourne that you probably don’t know. Trust us, by the time you’ve finished reading you will feel proud to call yourself a Melburnian.

1. Australia’s first traffic lights were installed in Melbourne in 1912 at the corner of Collins and Swanston Street.

2. Fisherman’s Bend, Port Melbourne is the only place in the world that makes Vegemite.

4. Reportedly, Flinders Street Station was actually intended for Mumbai and the Chhatrapati Shivaji Terminus in Mumbai was meant for Melbourne, but the plans from the same firm were accidentally switched, resulting in a Gothic style station in India and an East-Indian inspired station in Melbourne. 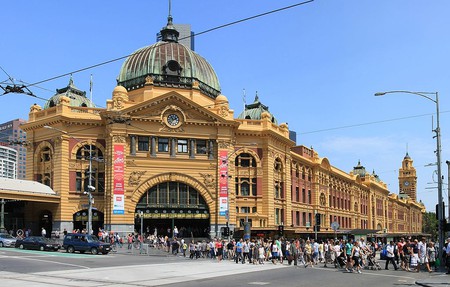 5. Fitzroy chocolate makers, MacRobertson’s Steam Confectionery Works invented the Cherry Ripe in 1924, Crunchie in 1929 and the Freddo Frog in 1930 before the company was sold to Cadbury in 1967.

6. Melbourne was originally named Batmania, although it has nothing to do with Bruce Wayne. Instead, the name derives from one of the city’s founding fathers John Batman, who discovered central Melbourne and said ‘This will be the place for a village.’

7. The first ute (a utility vehicle with a cargo tray) was invented and built by Melbournian James Freeland Leacock in 1929.

8. In 1970, Victoria became the first place in the world to enforce seat belt legislation.

9. ACMI’s Gallery 1 was originally Princes Bridge railway station and acted as the terminal for the Epping and Hurstbridge Lines. 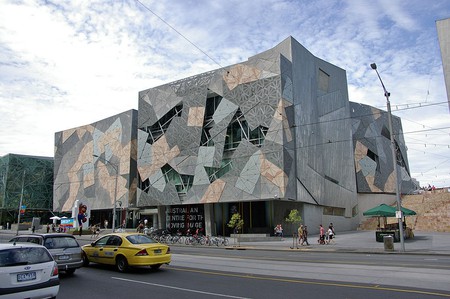 10. According to the RSPCA, Melbourne is the fox capital of the world with a startling 6 – 23 foxes per square kilometer in central Melbourne.

11. The world’s first feature film The Story of the Kelly Gang (1906) was filmed in Melbourne and has a real length of about 1,200 meters and a running time of over an hour.

12. The National Gallery of Victoria’s Great Hall is home to the largest stained glass ceiling in the world, measuring 51 meters long and 15 meters wide.

13. In 1956 Melbourne became the first city outside North America or Europe to hold the Olympics.

14. Melbournian Dr. David Warren of the Aeronautical Research Centre invented the Black Box flight recorder in 1958 which is now used in aircrafts worldwide. The invention came after his father died in a plane crash in 1934. 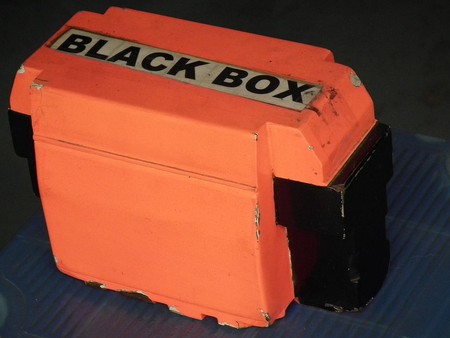 16. Melbourne is the sporting capital of the world, which isn’t surprising considering we host the Australian Open, the Australian Formula 1 Grand Prix, the AFL Grand Final, the MotoGP and the Spring Racing Carnival.

17. As the sporting capital, we are the only city in the world with five international standard sporting facilities on the fringes of the CBD: the Melbourne Cricket Ground, Docklands Stadium (Etihad), Rod Laver Arena, Hisense Arena and Olympic Park in Melbourne Park. 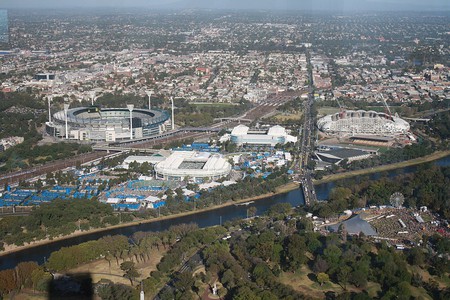 18. Australia’s first and only LGBT community radio station has been broadcasting since 1993 from Melbourne.

19. In 1880, after the Victorian Gold Rush, Melbourne became the richest city in the world.