20 Aboriginal Words You Should Know Before Visiting Australia 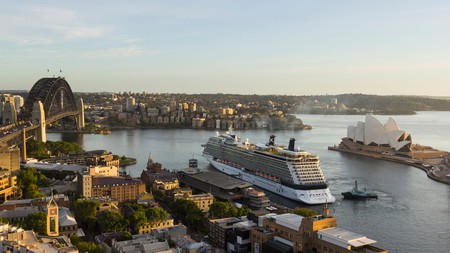 Before visiting Australia, brush up on some Aboriginal words | © incamerastock / Alamy Stock Photo

Australian English uses many words from Aboriginal languages, with over 500 terms from more than 100 Aboriginal and Torres Strait Islander languages listed in the current edition of the National Australian Dictionary. Similarly, many English words have taken on new meanings in Indigenous society. Here are 20 common words to wrap your head around.

Bung: Aussies often use the term “bung” to refer to something that is broken or out of action. Its usage by non-Indigenous Australians dates back to 1841 when Europeans based around modern-day Brisbane understood “bung” to be the Yagara-language word for “dead”.

Bunji: Introduced by British convicts, the word “mate” has become part of Australia’s cultural identity. But there’s an Aboriginal word for it, too: “bunji”, which comes from the Warlpiri and other languages of the Northern Territory and northern Queensland.

Business: Many Aboriginal people use the word “business” to mean “matters”. Financial matters are referred to as “money business”, while funeral and mourning practices are commonly known as “sorry business”. Similarly, the secret rituals distinct to each sex are called “women’s business” and “men’s business”.

Canberra: Hundreds of places in Australia have names of Aboriginal origin. Among them is Canberra, Australia’s capital city, which means “meeting place” in the local Ngunnawal language.

Cheeky: Used widely in Aboriginal Australia, the word cheeky isn’t only used to refer to insolence but also behaviour that is dangerous. A dog prone to biting people, for example, would be described as “cheeky”.

Cooee: Widely used in Australia as a call over long distances, “cooee” originates from the Dharug language of the original inhabitants of the Sydney area and means “come here”.

Country: Aboriginal Australians have a deep cultural connection to their “country” or ancestral lands, and a custodial responsibility to care for them. But “country” doesn’t only refer to the physical landscape – it includes everything associated with it, including people, animals, cultural practices, knowledge, art and more. A welcome to country is a ceremony performed by Traditional Owners (descendants of the region’s traditional ethnic group) to welcome visitors to their traditional land.

Deadly: The word “deadly” is used by many Aboriginal people to mean amazing or awesome, much in the same way the word “sick” is used as a positive term by youths around the world.

Dreaming: Also known as “Dreamings”, this term refers to Indigenous creation stories and beliefs that continue today. As the word “Dreamtime” indicates a time period which has finished, this version is less commonly used.

Gammon: Pronounced “gamming”, the Victorian-era English word for “pretend” is still widely used by Indigenous and non-Indigenous Australians, particularly in the Northern Territory, to mean joking. For example, “I’m just gammin’ with you.”

Kangaroo: Similarly to places, many Australian native animals are known by their Aboriginal names. Taken from the Guugu-Yimidhirr word “gangurru”, “kangaroo” was first recorded in 1770 by British explorer James Cook and the botanist Joseph Banks while the Endeavour was being repaired in the Queensland coastal town now known as Cooktown. Barramundi, dingo, galah, koala, kookaburra, wallaby and wombat are also Aboriginal words.

Mob: This English word is used by Aboriginal Australians to mean kin, typically a family or tribal group. When meeting for the first time, Aboriginal people will usually ask each other: “Who’s your mob?” The answer will typically reveal where they’re from and who they’re related to.

Moola: Yep, the slang word many Aussies use for “money” actually comes from the Koori language spoken by Aboriginal people hailing from southern New South Wales (NSW) and Victoria.

Palya/Yaama: If there’s one word you should learn in any language before visiting the place it is spoken, it’s the local greeting. Used throughout the Northern Territory, “palya” is a Pintupi-language word used as a greeting much in the same way that two friends would say “hello” in English. Meanwhile, “yaama” means “hello” in the Gamilaraay language spoken in northern NSW.

Rubbish: The word used for “trash” and “wrong” in Australian English also has multiple meanings in Aboriginal English, in which it can describe someone who is too old or too young to be active in the local culture, or denote something that isn’t dangerous. Non-venomous snakes, for example, are considered to be “rubbish”.

Songline: Also called a “dreaming track”, a “songline” is a path across the land or sky that marks the route followed by creator-beings during the Dreaming. Within the belief system of Aboriginal Australians, songlines are represented in traditional song cycles, stories, dance and art and often used as the basis for ceremonies.

Unna: Popular among a number of Aboriginal-language groups, “unna” means “isn’t it?” For example, “That’s your deadly car, unna?”

Yakka: A tough day’s work in Australia is often described as “hard yakka”, with “yakka” being the word for “work” in the Yagara language.

Yidaki: Many people believe that “didgeridoo” is an Aboriginal word. However, it was developed to describe the sound that comes out of the oldest wind instrument on the planet, known as a “yidaki” in the Yolngu language of northeast Arnhem Land in the Northern Territory (where didgeridoos were traditionally used).