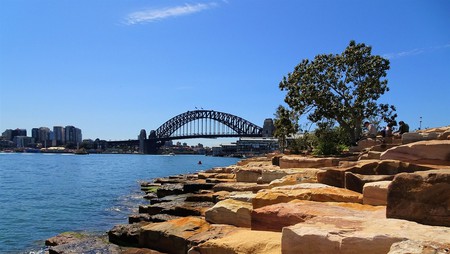 What constitutes a defining historical moment? Is it a momentous discovery? An act of heroism? Or an event which generates change? There are countless significant moments throughout Australia’s history. Here are just 13 of the many events that have shaped our nation.

Luminescence dating carried out on archaeological evidence found in Kakadu has definitively proven that Indigenous Australians have occupied the country for at least 65,000 years. Scientists also used carbon dating to determine that the Mungo Man, discovered in Mungo National Park, New South Wales, lived between 40,000 – 68,000 years ago. 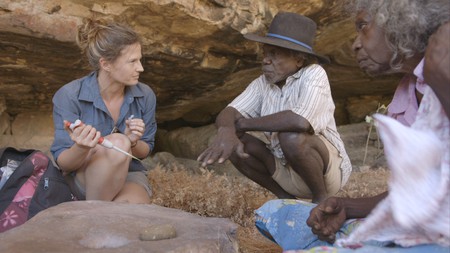 Dutch explorer Willem Janszoon is believed to be the first European to land, see and map Australian soil. In 1606, Janszoon arrived on the West coast of Cape York Peninsula in Queensland. On his second voyage in 1618, he reportedly landed on the Western Australian coast, two years after Dirk Hartog made landfall on the island that now bears his name. 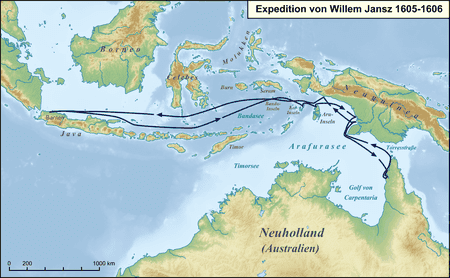 Arrival of the First Fleet

The First Fleet, commandeered by Captain Arthur Phillip, sailed into Botany Bay on 18th January 1788. Deeming the area unsuitable, the contingent then travelled north and arrived at Port Jackson on 26th January 1788. The event marked the start of British settlement, and we now commemorate it as Australia Day. It is also referred to as Invasion Day by some, including Indigenous Australians. 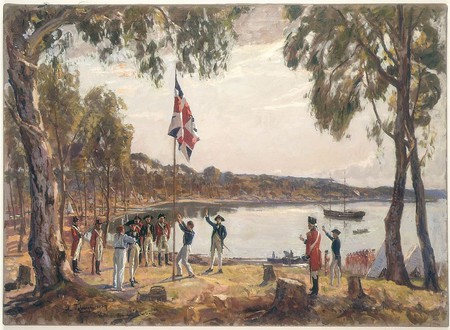 The discovery of gold in Victoria in 1851 revolutionised Australia as an influx of migrants arrived, and the wealth of the nation increased dramatically. At its peak, two tonnes of gold poured into Melbourne’s Treasury Building each week. Convict colonies were transformed into modern cities, and Australia’s multicultural identity began to take root. 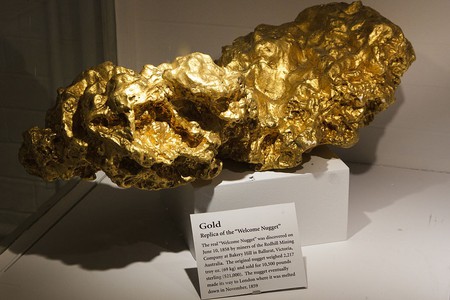 Prompted by the diggers’ opposition to miners’ licenses, the Eureka Stockade was a short battle which took place in Ballarat on 3rd December 1854, in the midst of the Victorian Gold Rush. The event is often regarded as the birthplace of Australian democracy, as it marked a moment of revolt against oppression. The Eureka Flag is still considered as a symbol of Australian independence. 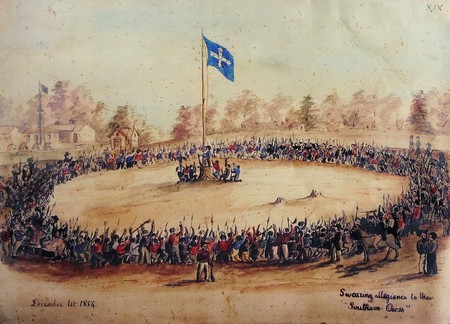 On 1st January 1901, the Constitution of Australia was put into effect and united the British colonies of Queensland, New South Wales, Victoria, Tasmania, South Australia and Western Australia as the collective states of the Commonwealth of Australia. Eight months later, the first Australian flag was hoisted above Parliament. 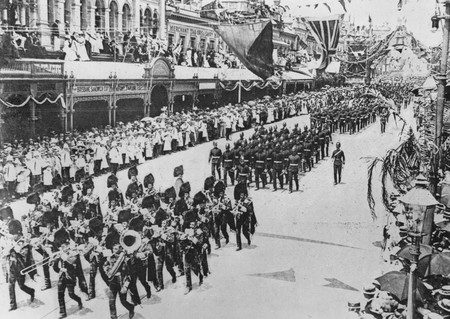 Before the Federation, only women in South Australia and Western Australia had the right to vote, but the Women’s suffrage movement led parliament to pass the Commonwealth Franchise Act 1902, which enabled Australian women older than 21 to vote in national elections and stand for the Australian Parliament. It was one of the earliest gender equality movements in Australia. 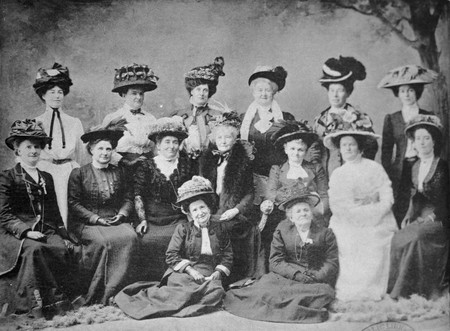 On 25th April 1915, in the midst of World War I, Australian and New Zealand troops landed at Anzac Cove on the Gallipoli Peninsula. The Gallipoli campaign lasted eight months with 8,709 Australian fatalities. Anzac Day is a significant national day of remembrance and commemorates military casualties and veterans. 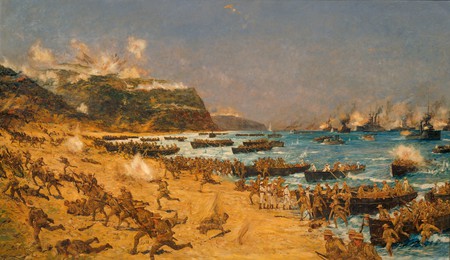 On the 28th April 1996, a lone gunman killed 35 people and injured 23 more at the Port Arthur Historic Site in Tasmania. It was the deadliest shooting rampage in Australian history, and in response, the government introduced tight gun control laws that are among the strictest in the world. 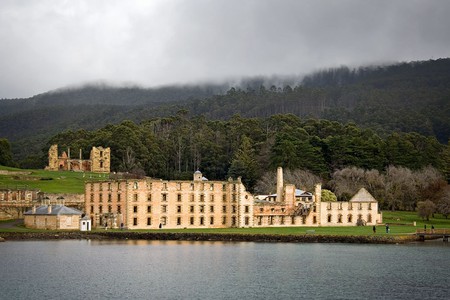 At the 2000 Sydney Olympics, Australian sprinter Cathy Freeman became an Olympic champion after winning gold in the 400 meters with a time of 49.11 seconds. Freeman was the second Australian Aboriginal Olympian, and she carried both the Aboriginal and Australian flags during her victory lap. She is ranked as the sixth fastest woman of all time. 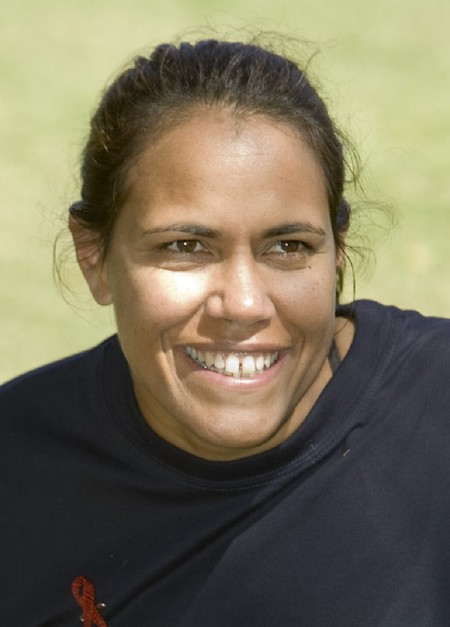 National Apology to the Stolen Generations

More than a decade after the report “Bringing Them Home” was tabled, Prime Minister Kevin Rudd delivered a national apology to Indigenous Australians, particularly to the stolen generations, for former government policies which had “inflicted profound grief, suffering and loss on these our fellow Australians.” 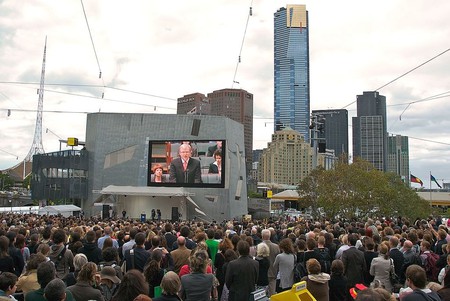 In 1975, the Whitlam government introduced Medibank, which became Medicare in 1984. Medicare is a commonwealth-funded universal healthcare scheme which covers bulk billing GPs, hospital treatments and subsidised prescription medication for all Australian citizens and permanent residents. The system is regarded as one of the best in the world. 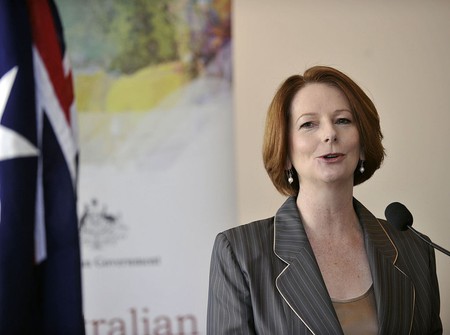