12 Reasons You Should Visit Sydney Over Melbourne 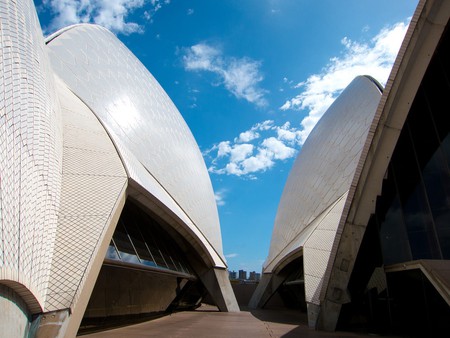 Melbourne may have been judged the world’s most liveable city for the seventh year on the trot just as Sydney dropped out of the top 10 — but here are 12 reasons why the Harbour City is more visitable than our Bleak City rival down south.

Sun-kissed Sydneysiders don’t call that drab little town 900km down the Hume Highway ‘Bleak City’ for nothing. While we’re bathed in sunshine 236 days a year and enjoying winter days that regularly hit 20°C, Melbourne shivers through just 185 sunny days a year — the lowest of any Australian state capital city — and weather forecasts more fickle than Carlton fans since the 1980s.

Bondi, Manly, Coogee, Balmoral, Freshwater, Bronte, Dee Why, Collaroy… the list of Sydney’s beaches rolls off the tongue like a surf lover’s bucket list. In Melbourne, on the other hand, you’re pretty much stuck with St Kilda, a beach that was literally contaminated with poo in the 2017 summer.

Sydney’s iconic Harbour Bridge perched above the sparkling waterway is a picture so perfect it graces postcard after postcard… but the only time any bridge in Melbourne grabs any attention is when yet another truck smashes into the infamous Montague St Bridge.

Melbourne’s craft brewing scene is okay, but Sydney’s is something else. You’re spoilt for choice with Grifter, Young Henrys and Batch in the inner-west, as well as Modus Operandi, Nomad and 4 Pines on the Northern Beaches.

Drive for two hours from Sydney and you can visit the sweeping beaches of the Central Coast or the Illawarra, wine country in the Hunter Valley, or the quaint towns of the Blue Mountains or Southern Highlands. Spend the same time behind the wheel in Melbourne and you’d be lucky to fight through enough traffic to just reach Frankston.

Vivid Sydney — the three-week festival of light that illuminates the Harbour City’s most iconic landmarks — shines so bright it almost distracts Sydneysiders from the onset of (the incredibly mild) winter, leaving Melbourne’s one-night-only White Night in the shade.

Celebrating its 10th year, Vivid Sydney returns for 23 days from Fri 25 May to Sat 16 June 2018. Start planning your trip now to experience the world's largest festival of light, music and ideas. ✨ #VividSydney

Sydney’s train network has its critics but the Harbour City takes advantage of its geography with the most glamorous mode of public transport imaginable: ferries cruising in and out of Circular Quay, past the Opera House and under the Bridge. Meanwhile, Melbourne’s trams enjoy 360-degree views of wet concrete. Take your pick.

Victorians are more fanatical about their footy, sure, but if it’s not AFL, they don’t want to hear about it. Sydney’s football scene is far more diverse, with two strong AFL outfits beating the Vics at their own game, two of the three biggest clubs in the A-League football (or soccer, to the non-believers) comp, and countless sides across both rugby codes, which are both centred in the New South Wales capital. Sydney 1, Melbourne nil.

After tens of thousands of years of Indigenous culture, the British colonised Sydney in 1788, several decades before Melbourne was even a pimple on the British Empire’s bottom. And even then, the settlement of Melbourne was driven by a chap called Batman — seriously, that was his actual name. Even Bleak City’s history sounds silly.

Sydney’s Harbour is dotted with verdant islands inviting you for a visit — Cockatoo Island, Shark Island, Goat Island, the list goes on. In Victoria, you’ve got to trek out of the capital city to find any — French Island and Phillip Island, both two hours south-east of Melbourne — but they’re so cold their most famous residents are penguins.

Lovely little kayak to the Isle of Sharks 🦈 🦈

Sydney’s Palm Beach stars as Summer Bay on the long-running Home and Away TV series, whereas Melbourne’s Neighbours is just set on dingy old Ramsay St, where nothing interesting has happened since Toadie lost Australia’s best loved mullet last century.

Sydney boasts the best New Year’s Eve shindig on the face of the earth, when more than a million onlookers are dazzled by a fireworks show that ignites the Harbour. Who even knows what Melburnians get up to on December 31? Maybe they sit around on milk crates drinking specialty coffee insisting Melbourne is more cultured than Sydney? Anyone?

Counting down the months until were on one of those boats watching the fireworks #sydneynye #sydney #australia @sydneyharbour.escapes