12 Iconic Australian Songs You Should Know 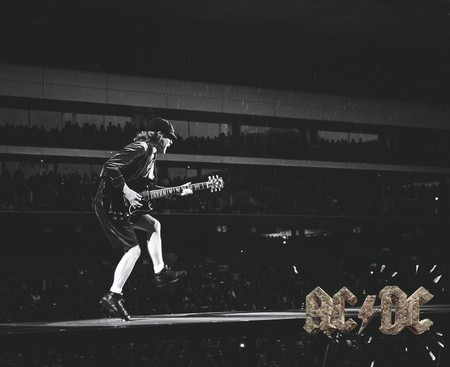 The land down under: famed for Vegemite, hot surfers, deadly animals and constant warm weather – it’s hard not for Australians to love every aspect of their nation. This without a doubt includes the iconic songs and popular bands that have graced the world with their Aussie charm. Go on a journey to discover the iconic songs widely known and celebrated to this day, starting in the 1970s…

AC/DC, commonly known as Acca Dacca in Australia, released this iconic Aussie rock song in 1975 – two years after the band was formed – exciting each of our inner bogans. Combining hard rock instrumentation with bagpipes, It’s A Long Way To The Top is about accepting the hardships from being assaulted and robbed, to being cheated on by agents, to be the best in this industry. One of our many great national anthems, this song is regularly played in pubs and AFL matches across the country.

Am I Ever Gonna See Your Face Again – The Angels

One of the all-time greatest pub-rock songs in Australia was originally written as a slow acoustic about grief and loss. Rereleased as a rock song in 1977, it wasn’t until The Angels released a live version of Am I Ever Gonna See Your Face Again in 1988 – featuring the infamous NWGFFO chant – that this song become a certified, immortal hit. The chant ‘No Way, Get F*cked, F*ck Off’ originated in Sydney when a DJ encouraged a response from the audience, and further occurred at their live performances.

Cold Chisel released Khe Sanh in 1978, focusing on the struggle faced by an individual in attempting to fit into society after returning from war. Although the song was written about a disillusioned Australian Vietnam War-veteran, the meaning behind the song has become a symbol of Australian culture. Being one of the most iconic songs ever recorded by an Australian act, in 2014 the song was added to Australia’s National Film and Sound Archive (FNSA) Sounds of Australia registry.

Down Under – Men At Work

The patriotic song of Down Under has become an iconic Australian song across the world, topping the music charts in the 1980s in many countries, including Australia, Britain and the US. The tune is about a proud Aussie man who travels the world, interacting with people – to Men At Work, this song is about ‘celebrating the country, but not in a flag waving sense’. This hit has been played on every radio, stereo and jukebox across the world, especially when Aussies are present. With the iconic phrase ‘He just smiled and gave me a Vegemite sandwich’, this song was played at the closing ceremony of the 2000 Sydney Olympics alongside other Australian artists.

Describing the hidden spirituality and the vast emptiness of our countryside, Great Southern Land has become one of the most enduring songs purely about Australia. This 1982 classic introduced the then-little-used synthesisers, with the opening of the song symbolically reflecting the heat that radiates off the red dirt in the outback. Preaching the nation’s problems, in 1994 the Byrralku Dhangudha remix was released, featuring Indigenous musicians playing and singing the chorus in their own language. In 2014, this song was also included in the NFSA’s Sounds of Australia registry.

Formed in 1977, Australian folk rock group Goanna released their song Solid Rock in 1982 that came to convey a weighty political matter at hand. Placing Aboriginal dispossession at the centre of White Australia, this song was inspired by a ‘Great Awakening’ experienced at an inma (corroboree) in Uluru, by the founding member, Shane Howard. He told the Sydney Morning Herald in 2012 about the ‘deep culture’ and ‘beautiful traditions’ he witnessed, whilst the song was meant to inspire Aussies to take a deeper look into the injustices and racism the Aboriginal Australian has experienced since colonisation.

Australian folk song True Blue, recorded by John Williamson in 1981 has become an iconic song evoking an era ‘of bush struggle from another time’. Dubbing Williamson as the ‘voice for the people of the bush’, this song features typical Aussie slang – the title itself meaning authentically Australian – and many hidden meanings about the way of life in Australia. This song has since been performed at many sporting events and ceremonies; including performed twice, live, at Steve Irwin’s public memorial service.

Sounds of Then (This Is Australia) – GANGgajang

Starting as a poem that reflected the major culture shock experienced when moving from England to Bundaberg, Queensland, Aussie rock band GANAgajang released Sounds of Then in 1985. Being their most popular and recognised song since forming in the 1980s, the song focuses on the notion that ‘smells and sounds and sensations can rekindle a memory’. Used in many promotional and commercial adverts, Sounds of Then is an iconic song that will without a doubt be played at celebrations like Australia Day.

Australian rock singer Jimmy Barnes introduced the world to the definition of what it takes to be an Aussie in Working Class Man. Released in 1985, this power ballad is as Aussie as they can get; featuring and focusing on the admiration for the heavy-sweating, knockabout Aussie bloke at the forefront of the country’s hard-working mindset. This song was also notably performed at the closing ceremony of the 2000 Sydney Olympic Games.

One of John Farnham’s greatest international successes, You’re The Voice was released in 1986, and awarded ARIA Award for ‘Single of the Year’ in the following year. This power ballad is a cry for peace and unity across the world, stating that ‘we’re all someone’s daughter, we’re all someone’s son’. Propelling him to global fame, Farnham has since made a large impact on the Australian Music Industry receiving numerous awards and honours in recognition of this.

Beds Are Burning certainly set off a fire, hitting many political nerves over the years. This protest song, released in 1987 by Midnight Oil, is about ‘giving Australian land back to the Aboriginal people’ – more specifically to the Pintupi Aboriginal from Western Australia who were among the last to enter the modern world. Further highlighting the issue still at hand to the then-Prime Minister John Howard, during the closing ceremony of the 2000 Sydney Olympics Midnight Oil performed this song, wearing all black with the word ‘sorry’ printed across their clothes as an apology to the Indigenous people.

Most iconic Australian songs are sure to remind any Aussie of home, however, it is this song that brings goosebumps to our arms every time. Originally released in 1980 by Peter Allan, I Still Call Australia Home became an iconic song when performed by children’s choirs in 1997 for Qantas’ advertising campaigns. Replacing the city Rio with Rome – as Qantas was not flying to Rio during the time this video was first made – this song has long been adopted by the airline. Since 2009, the entire first verse has been sung in Kala Lagaw Ya, a dialect of Torres Strait Islands. Alongside many other greats, this song was entered into the NFSA’s Sounds of Australia registry in 2013.