12 Athletes To Watch Out For At This Year's Commonwealth Games 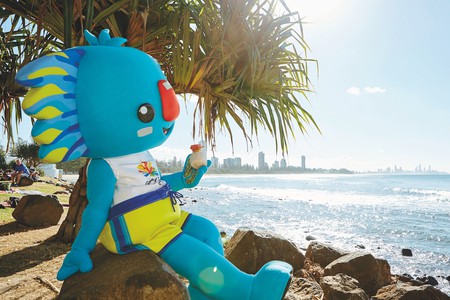 Borobi the mascot of the Gold Coast 2018 Commonwealth Games | © TEQ

Some of the world’s greatest athletes are set to converge on the Gold Coast this April for the 2018 Commonwealth Games — and here’s the pick of the bunch. From the planet’s fastest sprinters to the kings of lawn bowls, these are the competitors who are ready to light up the Glitter Strip at Gold Coast 2018.

Introducing the heir apparent to Usain Bolt’s throne. The 23-year-old Canadian is hoping to the step out of the shadow cast by the Greatest of All Time at the 2018 Commonwealth Games, where he’ll be the hot favourite to take out the 100m and 200m in Bolt’s absence. De Grasse clocked a wind-assisted 9.69s 100m last June and he’s got his eyes set on Bolt’s 9.58s world record mark. 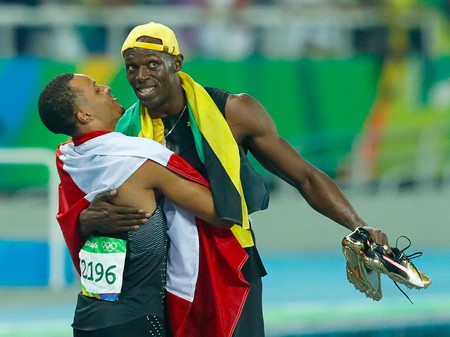 Two years ago, no one had a clue who this kid from Port Lincoln was. Heading into Gold Coast 2018, the 19-year-old swimmer is Australia’s golden boy in the pool. Chalmers shot to stardom when he collected a surprise gold in the 100m freestyle at the 2016 Olympic Games, and he’ll be looking to add some Comm Games silverware to his collection this April.

No athlete attracts the spotlight quite like South Africa’s all-conquering middle-distance runner, both for her incredible performances on the track as well as for the unfair and unseemly discussion of her gender. The 28-year-old already has two Olympic golds in the 800m event but she arrives in Queensland looking for the first Comm Games medals of her career. 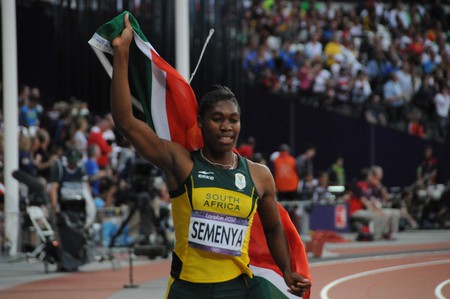 She might not be a household name but this 34-year-old Malaysian is the most decorated female squash player of all time. Having made her Commonwealth Games debut on home soil in 1998, David heads to her sixth consecutive Comm Games gunning for her third straight singles gold – which will go nicely alongside her eight world championships. She’s not nicknamed the Roger Federer of squash for nothing!

The 23-year-old English swimmer already has an Olympic gold medal and five world championship crowns to his name, but his motivation for Gold Coast 2018 is to break his own 100m breaststroke world record, aiming to smash the 57-second barrier. Team England’s biggest star in the pool is targeting more golds at his second Comm Games after tasting success in the 100m breaststroke and 4x100m medley relay at Glasgow 2014. 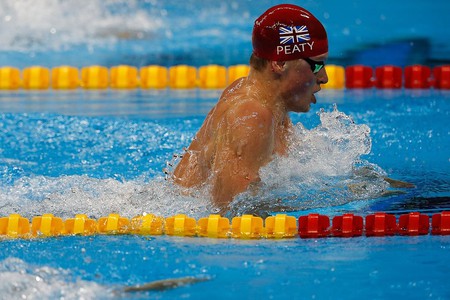 Robina Stadium will come alive with 27,500 fans when the women’s rugby sevens is contested at the Comm Games for the first time, and there’s no bigger name in the program than Charlotte Caslick. Hailing from just up the road in Brisbane, the 22-year-old will be aiming to lead the Aussie girls to Commonwealth success to accompany the gold medal they won at Rio 2016.

After giving birth to her first child — a daughter named Kimoana — in October last year, the Kiwi shot put superstar is heading to her fifth straight Commonwealth Games, eyeing her fourth gold medal on the trot. Dame Valerie Adams is a towering figure in New Zealand athletics, with two Olympic titles and four world championship crowns decorating her lengthy CV. 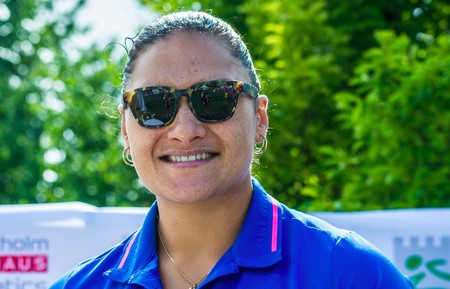 Lawn bowls is one of the more quaint events that Gold Coast 2018 tosses up, being held at a classic Aussie bowling club overlooking the Broadbeach sand. But Alex Marshall is a giant of the sport, aiming to celebrate his sixth Comm Games appearance with a fifth gold medal, teaming up with partner Paul Foster in the pairs event they’ve dominated for years.

This Welsh table tennis player doesn’t have the record of most athletes on this list, which is fair enough, because she’s only 11 years old. After picking up the sport at the ripe old age of five, Anna is believed to be the youngest person to ever represent Wales at senior level at any sport, and is certainly the youngest person to line up for Cymru at the 2018 Commonwealth Games.

Leading the cohort of African runners who’ll dominate the middle and long distance events is this 29-year-old Kenyan, who’s clocked six of the eight fastest times ever recorded in the men’s 800m, including the world record since 2010. After taking out back-to-back 800m titles at London 2012 and Rio 2016, a Commonwealth Games gold medal is the only missing piece in Rudisha’s glittering career.

Jamaica’s dominance on the track won’t end with Usain Bolt’s retirement if Elaine Thompson has anything to say about it. The 25-year-old became the first woman since controversial US sprinter ‘Flo-Jo’ Florence Griffith Joyner at Seoul 1988 to win both the 100m and 200m at the same Olympics when she carved up Rio 2016. She’ll be looking to do the same at Carrara Stadium this autumn. 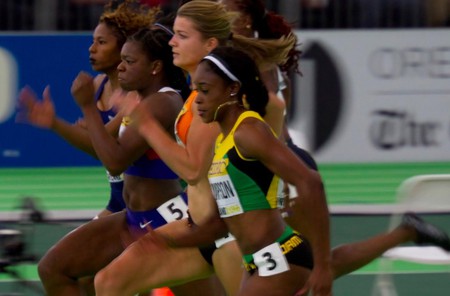 All eyes will be on the Gold Coast Hockey Centre when arch rivals India and Pakistan lock horns in the Comm Games opener on April 7 — and the man leading the Indians is new skipper Manpreet Singh. The 25-year-old assumed the captaincy last May and has a big task ahead of this — his side is vying to become the first country to beat Australia to the top of the podium since hockey was introduced to the Comm Games in 1998, after claiming silver behind the Aussies at Delhi 2010 and Glasgow 2014.