11 Underrated Beaches in Australia to Visit This Summer 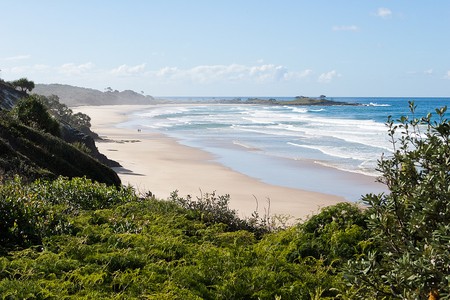 It’s the world’s largest island, so it’s no surprise that there are countless idyllic beaches to discover all around Australia. Locations like Byron Bay and Surfers Paradise are world famous. Here are 11 equally fantastic options that aren’t as well known.

Perhaps because it’s so close to world-renowned Yamba, many people overlook the township of Angourie on the New South Wales coast. Angourie Point is the top attraction for surfers, with an incredible exposed point break. Nearby Spooky Beach is much more leisurely for a family day out.

It’s just a 10 minute drive from Margaret River, one of Australia’s most prestigious fine food and wine destinations. Perhaps visitors are too distracted by the wineries, fromageries and chocolate factories, because this kilometre-long soft white sandy beach is often undisturbed.

At 485 kilometres north of Brisbane, Agnes Water is the northernmost beach in Queensland. It’s certainly popular with the locals from nearby Bundaberg and Gladstone, but it’s too far from Brisbane to be crowded with weekend visitors. The surrounding town is quaintly sleepy, with just a supermarket and a handful of relaxed cafes. The beach itself is a tree lined stretch of sand and is one of the few places on the East coast where you can see the sun set over the water. 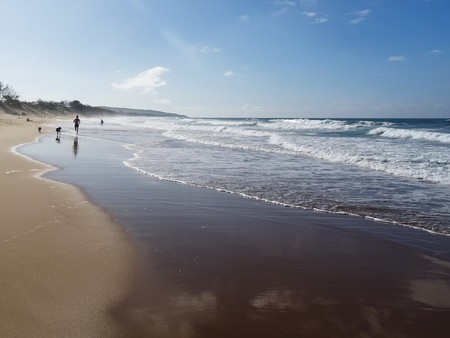 If you can drag yourself away from the fairy penguins, there’s an exciting hidden beach to discover at Phillip Island. When the tide conditions are perfect, you can take a 45 minute sojourn from the dunes to Forrest Caves, a series of volcanic sea caves. Swimming isn’t advised, but the dark dramatic caves are enchanting.

It’s apt that Garie is the indigenous word for sleepy, as this is a really secluded part of the coast. An hour south of Sydney, Garie Beach is a stunning stretch of white sand and turquoise waves, set against a backdrop of tall coastal cliffs. Take time to wander through the surrounding Royal National Park, which is brimming with idyllic rainforest gullies.

Fingal Head is already a quiet part of the North New South Wales coastline, but follow the walking track through the reserve to find the even more secretive Dreamtime Beach. The white sands are even more dramatic set against the pitch black of the surrounding volcanic rock cliffs. 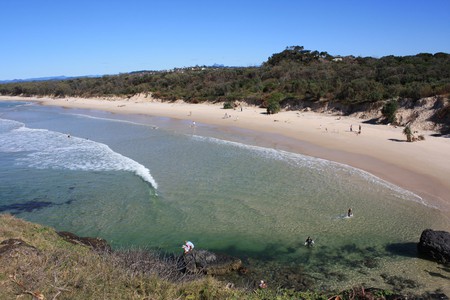 You may already know Maslin Beach as it was immortalised in the Australian film of the same name. If you’ve seen the film, you’ll know this is a popular nude beach destination. However, everybody is welcome whether you choose to strip off or not. Snorkelling is immensely popular, as the waters teem with the delicate leafy sea dragons.

It’ll probably be too cold and windy for a dip, but it’s still worth the 25 minute drive from Port Arthur to explore Lime Bay. It’s named for the limestone rocks along the shore that have been carved into strange configurations by thousands of years of coastal winds. Take the time to explore the ruins of Saltwater River Convict Station, a relic of Australia’s convict history. The underground cells are particularly fascinating.

These unique beaches are underrated largely because it’s so hard to reach them. You’ll have to travel 570 kilometres north east from Darwin in a four-wheel drive between May and October, as the roads are washed out and impassable during the wet season. Only 20 passes to the surrounding national park are allocated at any one time, so aside from crocodiles, sea turtles and wild cattle, you’ll largely have the beaches to yourself. Swimming in this region is not advised due to the crocs.

This Western Australian beach is incredibly popular during the whale watching season, which is June to October. This is one of three coves in Australia where the whales come in close to the shore, as they like the shelter of the bay for giving birth. Naturally, there are many viewing platforms set among the scrubby hills. However, with the wonder of whale watching, many visitors tend to overlook the stunning white sand and turquoise blue waters of the beaches all around the point.

Set on the Yorke Peninsula, Marion Bay is a secluded part of the shrubby, stony Innes National Park. The beaches are appealing for swimming, surfing and fishing, but the area isn’t always peaceful. The weather can certainly turn wild, as evidenced by the number of shipwrecks around the cape. Follow the boardwalk to see the iconic wreck of the Ethel, a British-built ship that was stranded in 1920.