11 Traditions Only Australians Can Understand

Australia’s British heritage and multiculturalism mean that most of their traditions are adopted from far and wide; however, there are a few customs and rituals that are purely Australian, and although they may seem ridiculous to non-Aussies, they are a part of their true blue identity.

While Boxing Day is comparable to America’s Black Friday, many Australians choose to skip the sales altogether and instead spend the day after Christmas on the couch, stubby in hand, air-con turned up high, watching and soon after falling asleep in front of the Boxing Day Test.

If catching a taxi alone, it’s expected that you’ll not only sit up front in the passenger seat but that you’ll also engage in small talk with the cabbie. If you don’t know how the taxi driver’s day has been and have no clue how he or she found themselves in said industry by the end of the journey, then you need to reevaluate your life in Australia.

Meat Pies at the Footy

Just like baseball games and hot dogs, meat pies go hand in tomato-sauce-smeared hand with a game of footy. You’ll either love them or hate them, but there’s no denying the importance of a Four’N Twenty meat pie.

While not condoning the Choppergate prank or putting the principal’s car up for sale, muck up day is a rite of passage for all year 12 students and should be enjoyed responsibly while wearing a ridiculous costume. From parades and water guns to harmless pranks and tearful goodbyes, muck up day is a celebration that all senior year students deserve. 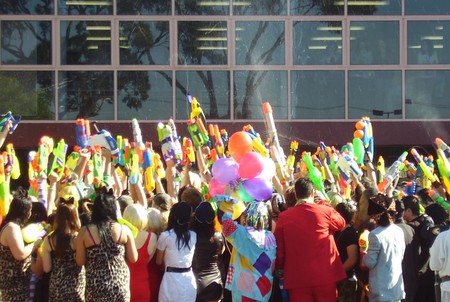 Once the school year has finished and all manner of muck up day and formal celebrations have come to an end, graduates set off to the Gold Coast for a weeklong holiday known as Schoolies. A tradition since the 1970s, Schoolies symbolises freedom and fun.

If you’re at a picnic, pool party or barbeque on Australia Day and someone switches on the radio to any station but Triple J, kick them out. Millions of listeners tune in annually on Australia Day to the Triple J Hottest 100 to find out which song has been voted number one.

Bunnings Warehouse is a hardware shop that sells just about everything for home renovation – in addition to sausages. Hungry on a Sunday arvo or simply looking for a cordless drill with a side of snag? Then head on down to the Bunnings Warehouse, where great sausages are just the beginning.

One perk of being back in Aus! #bunningssausage

Bare Feet at the Melbourne Cup

Because the most prestigious horse race in Australia wouldn’t be complete without a hoard of barefoot women staggering out of Flemington Racecourse, stilettos in hand. The best part is that the local news feels the need to broadcast this unfortunate tradition year after year for the entertainment of home viewers.

An evening out, no matter how sophisticated, always ends with a late-night trip to Maccas (McDonald’s) or a stop at a greasy kebab shop or sketchy-looking van. This post-party snack ritual is known as a Maccas run.

Dating back to the convicts, Two-up was popularised by the Diggers in World War I and involves tossing two coins into the air and gambling on how they might fall. In Victoria, the game is illegal every day except on Anzac Day, while in New South Wales, the game is legal not only on Anzac Day but also other commemorative days. 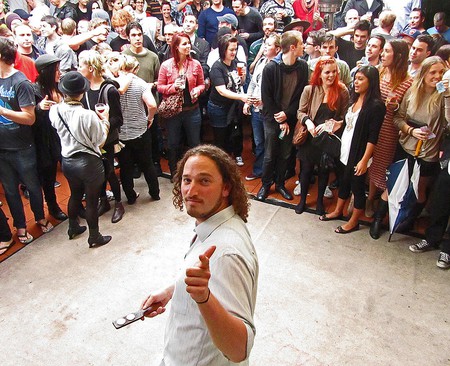 While the Northern Hemisphere enjoys roast turkey, down under, the silly season falls in summer, which means Christmas lunch or dinner is somewhat sprightlier and typically includes some form of seafood such as prawns.