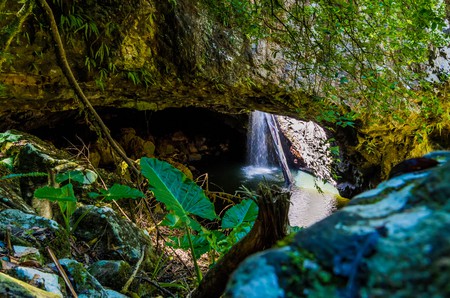 If you’ve already been blown away by the Great Barrier Reef, the Daintree Rainforest and Whitehaven Beach, it’s time to discover some equally epic but oh-so-secretive wonders that Queensland has hidden away.

Bridge, Park
Facebook
Email
Twitter
Pinterest
Copy link
Share
Perhaps because it’s so close to Brisbane and the glitz and glamour of the Gold Coast, many travellers tend to overlook the vast array of wondrous sites in Springbrook Natural Park. One gem is Natural Bridge, an arched cave with a waterfall that plunges through a gap open to the sky. Head there on a summer evening to witness an incredible sight – the iridescent glow of the worms that call the cave home.

Riversleigh is a remote 10,000 hectare site that was once ranked in the top four of the world’s most important fossil deposits. Hidden among the limestone outcrops on this far north Queensland site are thousands of fossilised bats, kangaroos, koalas, wombats and other unique Australian animals – all 15 to 20 million years old.

Deep in the outback, surrounded by vast savannah plains, a massive sandstone pyramid emerges from the gorges. It’s a naturally occurring phenomenon, so precise in its geometry that it appears man made. Arguably, the pyramid is best viewed while chilling in one the many surrounding natural pools. 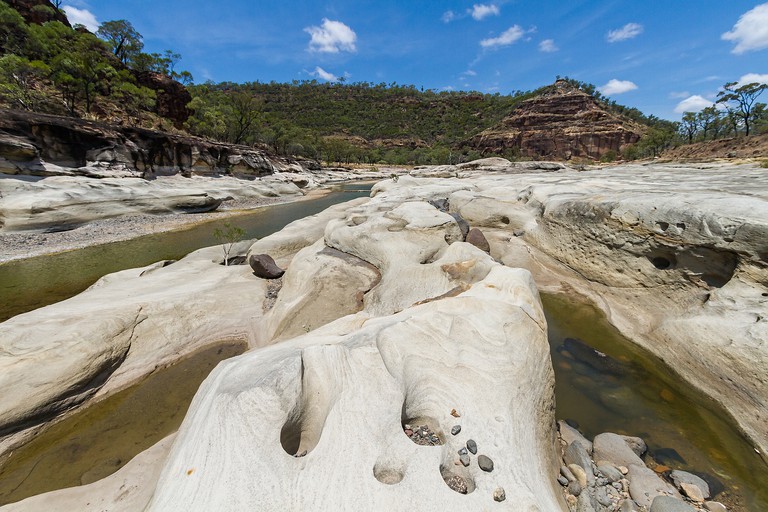 Hidden in the centre of the Blackdown Tableland National Park, Gudda Gumoo Gorge is a surprising slice of the tropics in the heart of central Queensland. Hidden among the lush ferns at the base of the rugged sandstone gorge, you’ll discover a glistening pool, fed by a waterfall. It’s a difficult walk with steep inclines and about 240 stairs, but well worth the effort.

In a national park full of towering cliffs, monstrous caves and craggy gorges, it says a lot that many locals describe the Overhang as the most impressive natural wonder in Cania Gorge National Park. The weather has chipped away at the base of this massive yellow and ochre cliff, leaving a breathtaking cantilever of rock that reaches over the eucalyptus trees.

The bat caves of Mount Etna

Mount Etna Caves National Park, just a short drive north from Rockhampton, is a striking landscape dominated by limestone karst – an intriguing terrain of rocky outcrops, sinkholes and caves. Thousands of tiny bats calls these caves home, including the little bent-wing bat and the ghost wing bat. Outside of breeding season, park rangers can lead you into the caves. It’s an exhilarating rush as the thousands of tiny creatures wing past you into the night air.

Few visit Gap Creek Falls, as the 9.8km track through eucalyptus forest can be gruelling. But if you’re fit as a fiddle and have energy to burn, this beautiful waterfall is worth the effort. It’s steep descent below Mount Cordeaux, but once you’re at the bottom you’re greeted with a sheet of water showering over a mossy amphitheatre of rock.

Noosa is one of Queensland’s most famous beachside towns, but there’s more to this region that the stunning surf. Head north into the national park on a walking trail to Hell’s Gates. These are two monolithic rocky peninsulas that jut into the ocean. It’s a dramatic spot to while away the hours looking for dolphins and whales in the surf. 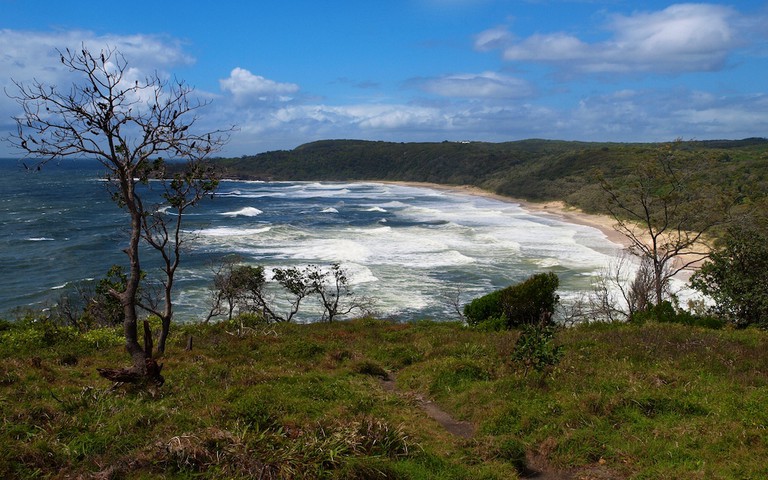 A short drive from Toowoomba, Crows Nest National Park is a vast expanse of spectacular granite boulders and towering eucalyptus, ironbark and stringybark trees. Follow the walking trails past the waterfall to Koonin Lookout for a breathtaking view of the Valley of Diamonds. It’s a craggy, boulder-filled gorge that snakes between the tree covered mountains.

It’s not the first thing travelers consider on a trip to the Great Barrier Reef, but a mountain trek should be on every bucket list. Mount Kootaloo is one of the tallest peaks on Dunk Island, the largest of a cluster of island out to sea from the iconic Mission Beach. The view from the top affords dramatic views back to the mainland and across the reef-studded waters to the other rainforest-covered islands.

There are many epic discoveries in Chillagoe-Mungana Caves National Park, from the curtains of stalactites in whitewashed Donna Cave to the precariously perched, obviously named Balancing Rock. It’s not a natural wonder, but the abandoned mining works of Chillagoe Smelters are equally epic. They didn’t film Mad Max here, but it’s got the same deserted wasteland feel to it. 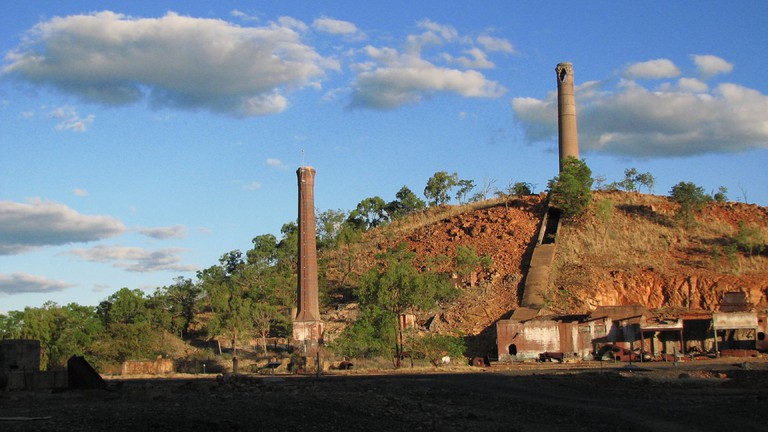