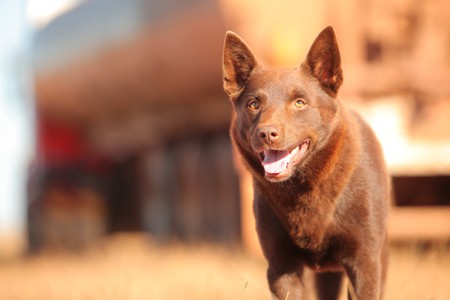 With reefs and rainforests, bush and beaches, world-class cities and acres of ochre-red outback, it’s no surprise film directors are so desperate to use Australia as their backdrop. So grab some popcorn and jump into this list of 11 epic films set in Australia.

Before you reach for Google Maps, no, 42 Wallaby Way, Sydney, is not an actual address. But it is one of the most iconic destinations in Hollywood history, the place where clownfish Marlin and his sidekick Dory (voiced by Ellen DeGeneres) trek from the Great Barrier Reef in tropical North Queensland to save Marlin’s abducted son, Nemo. The 2003 animated film grossed north of a billion dollars, but you can’t put a price on the value of the exposure its provided Brand Australia.

Kelly is Australia’s answer to Robin Hood — if you swap the green tights for a tin suit of armour, the band of merry men for the fearsome Kelly Gang and Sherwood Forest for the Australian outback in the 19th Century. The bushranger-turned-folk-hero was hanged at just 25 years of and was depicted by Heath Ledger — another Australian who met an untimely end in his 20s — in this 2003 film shot in rural Victoria.

The sci-fi trilogy was set in an unnamed megacity in a future dominated by artificial intelligence, and despite the fact Australia is still waiting for the government to roll out broadband internet, the makers of The Matrix decided Sydney was an appropriate backdrop for this ultra-technological society. You’ll recognise corners of the Harbour City all the way through Neo’s quest to defeat the machines, particularly areas around Martin Place in the city centre.

There must be something about Australia and dystopian futures, because the area around Melbourne supplied a suitably bleak setting for this low-budget offering that’s grown into a cult classic since 1979. Mel Gibson — an honorary Australian ever since he moved to Sydney at age 12 — plays Mad Max Rockatansky, a cop who hunts down a bloodthirsty bikie gang across the barren lawless landscape seeking revenge for his murdered family.

Producer George Miller had mellowed just a tad in the decades after he created Mad Max, turning his attention from murderous bikies to an adorable talking pig in this beloved 1995 comedy-drama. The rolling green hills look more English than Australian but the film was indeed shot in the village of Robertson, two hours south of Sydney.

Two years after Mad Max, Gibson starred in this 1981 war epic as an out-of-work sprinter who teams up with a mate to enlist in the Australian Army during World War I, becoming messengers on the front lines of the bloody conflict in Turkey. The protagonists’ coming of age as men mirrors Australia’s coming of age as a nation at Gallipoli, the country’s first armed conflict after federating just 14 years prior and an event that continues to form a large part of Australia’s national character.

Australians might cringe at the crudely drawn Aussie caricature that is Mick Dundee — you might be surprised to learn that very few real-life Aussies actually get around in croc-skin vests and shark-tooth akubras — but we can’t deny this 1986 film put our country on the map for American audiences. Legendary comedian Paul Hogan played a crocodile hunter (not a real profession, FYI) in the Australian bush before ending up a fish (or a croc?) out of water in the Big Apple.

The Adventures of Priscilla, Queen of the Desert

This 1994 flick smashed Hogan’s Aussie bloke stereotype into a thousand bedazzled pieces, following the journey of two drag queens and a trans woman road-tripping from Sydney to Alice Springs in their tour bus named Priscilla to perform a cabaret show in the Red Centre. As if the stunning outback backdrop and ground-breaking LGBTQI themes weren’t enough reason to watch, you can also look forward to the treat of seeing Agent Smith from the Matrix — Hugo Weaving — don some very fetching drag.

If you can sit through this movie without shedding a tear, you’ve got a heart of stone. This 2011 heart-string-tugger follows Red Dog’s bid to find his owner by roaming the spectacular ochre-red landscape of Western Australia’s Pilbara region, touching the remote communities he visits along the way. No spoilers but, yeah, bring tissues.

The reason why Australians hold this humble 1997 movie so dear lies in a 2010 survey that voted The Castle the film that best represents ‘the real Australia’. The Kerrigan family’s David vs. Goliath struggle to save their ‘castle’ from compulsory acquisition by the airport next door enjoys a special place in the country’s collective psyche — along with the dozens of quotable quotes the average Aussie trots out within 10 minutes of conversation.

With a budget some 200 times larger than The Castle, this $130 million 2008 production is the kind of visual feast you’d expect from Moulin Rouge director Baz Luhrmann. Starring Nicole Kidman and Hugh Jackman, and filmed in Darwin, Kununurra and Bowen in the sweltering tropics, critics weren’t gentle on the overblown blockbuster, which received a cash injection from tourism bodies keen to flog Australia as a destination.