10 Things You Didn't Know About the Sydney Opera House 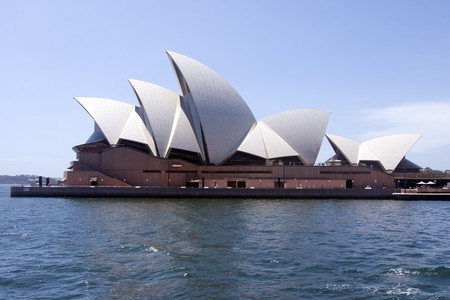 It is Australia’s most iconic structure and one of the most distinct and easily identifiable buildings in the world. The Sydney Opera House is undoubtedly beautiful, but is it also steeped in history you might not know about. Here are ten interesting facts about it.

The design was originally rejected

Danish architect Jørn Utzon was rejected by the judges three times in a 1956 competition to design the Sydney Opera House. In the end, Utzon beat 232 other contestants thanks to the fourth judge, renowned American architect Eero Saarinen, who declared it outstanding. Utzon won 5000 pounds for his designs.

It is located on an old fort

The Sydney Opera House sits on Bennelong Point. The Point was first developed as a fort, named after Governor Macquarie. It was later used as a tram shed.

The architect eventually left the project

Mr. Utzon resigned as chief architect of the Opera House in February 1966, after a new, liberal government was elected and the Minister of Works stopped payments to him. There were protests in the streets, demanding that Utzon be reinstated, but he left Australia in April of the same year, and never returned to see his design take shape.

It was rather expensive to build

It is a protected site

The building was listed as a UNESCO World Heritage site in 2007, and the organisation describes it as a ‘great urban sculpture set in a remarkable waterscape, at the tip of a peninsula projecting into Sydney Harbour.’

Not a bad view of the hot harbour from inside the House. Stay cool, Sydney! #sydneyoperahouse #SOHTours

It has housed champions

It has witnessed unexpected guests

During the ’80s, a live chicken walked off the stage during a performance of Boris Godunov and landed on a cellist. After that, a net was put in place above the orchestra pit in the Opera Theatre.

The Concert Hall’s grand organ took ten years to build and is the largest mechanical version of this instrument in the world, with 10,154 pipes.

It hosts thousands of events

The Opera House hosts 3000 events every year, with 200,000 thousand people per year taking a guided tour. In addition, over 2 million people attend the performances that take place.

It has millions of tiles

The roof is covered with more than one million tiles, made by Swedish company Höganäs.