10 Inspiring Australian Women You Should Know 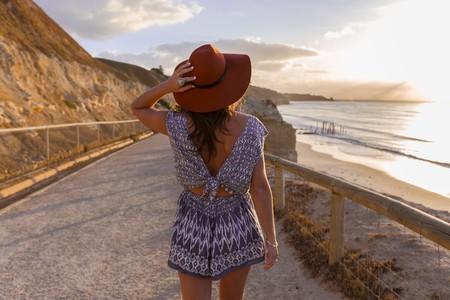 Australian women are changing the world, one step at a time. | © Katie Purling / Shutterstock

For a new and relatively isolated country, it’s been a challenge for successful Australian women to be recognised on an international level. However, Aussie women have been trailblazers for years, from international surfing superstars, culinary artists, women politicians and advocates for every issue under the sun. Here are ten Australian women sure to inspire you to be the best version of yourself.

For a woman thrown into the spotlight for an awful reason, Rosie Batty has been a shining ambassador for domestic violence since 2011 – the year her son was brutally and publicly murdered by his own father. Rosie was able to turn the loss of her only child into a groundbreaking campaign against domestic violence after her son Luke was beaten and stabbed by his father at his afternoon cricket practise. She was the 2015 Australian of the Year for the establishment of the Luke Batty Foundation for victims of domestic violence and has been a strong speaker on the issue ever since. 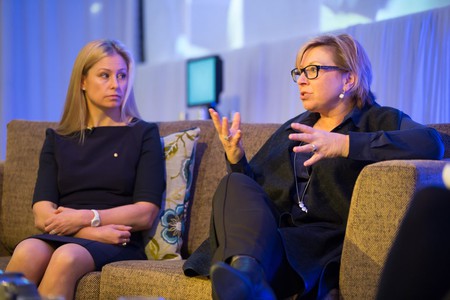 We really don’t need to say much more here than ‘Australia’s first female prime minister’, but we will anyway. Australia has had plenty of flawed prime ministers, but even though she managed to reform Australia’s education, created an emissions trading scheme and commenced the first national policy to care for the nations disabled population – her biggest challenge was being a woman. She faced sexist backlash, hurtful comments, wasn’t taken seriously by her colleagues, but still fought forwards with a brave face. She’s an inspiration to all women, young and old, who want to get involved in politics. 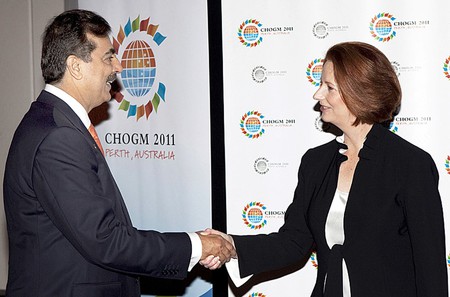 Even simply writing about whirlwind super-surfer Layne Beachley makes me tired. A professional surfer since the age of 16, Layne was ranked sixth in the world by the time she was 20. She became the Women’s ASP World Champion in 1998, and won the title again in 1999, 2000, 2001, 2002, 2003 and 2006. She is the first woman in history to gain seven World Championships, six of them consecutive. She’s literally the best female surfer the world has ever seen. After retiring in 2008, she went on to give talks around Australia inspiriting young women to chase their dreams and established the Layne Beachley Foundation to offer financial support for women who need some extra help to achieve their ambitions. 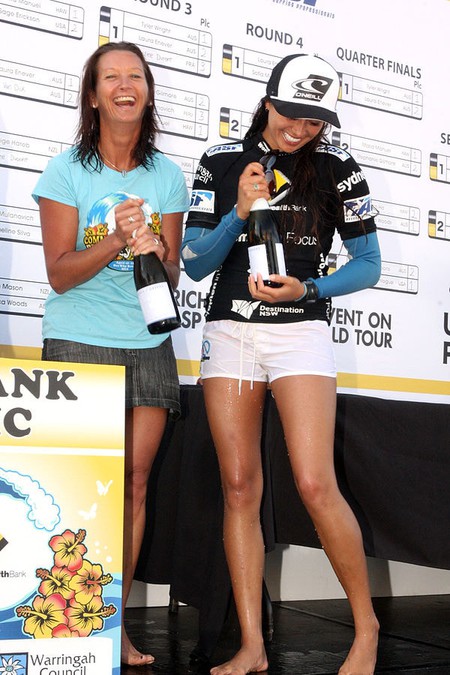 Layne is always giving back to the surfing community. | © Malia Manuel / Wikicommons

If I could align our Ms Buttrose to her pop culture counterpart, it would be Miranda Priestly from The Devil Wears Prada. She was the trailblazer for women in the publishing industry when she launched Australia’s first women’s magazine that was on par to Cosmopolitan, discussing beauty, sex and boys. The magazine Cleo was an instant success, and while it received a lot of backlash in its early years, but nonetheless constantly sold out on the day of print. It was a groundbreaker in mainstream publishing, featuring the first nude male centrefold (actor Jack Thompson) and the first ‘sealed section’ in an Australian magazine. Ita was unapologetic in her blunt ways, and had no fear of standing up for herself and her magazine in a male-dominated industry. She worked the entire way through her two pregnancies which was frowned upon at the time – but lo and behold, her kids turned out just fine! You rock, Ita. 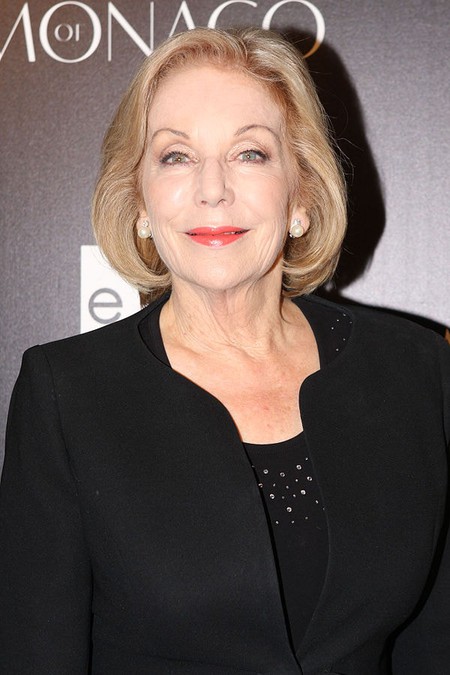 Ita is a force to be reckoned with in the publishing industry. | © Eva Rinaldi / Wikicommons

This woman is an extremely important part of Australian history because of her iconic contribution to food. Yes, food. Margaret Fulton changed the way Aussie’s cook, and taught them how to get creative with their cuisines, taking inspiration from Asia and Europe. After World War II, Australia was finally seeing new influences and experiencing new ingredients that lifted them from their meat-and-three-veg rut. Since then, she has written over 20 books, received the Medal of the Order of Australia and in 1998, she was added to the National Trust of Australia’s list of Living Treasures. Although she is no longer quite as hands-on in the kitchen as she once was, she is still on the board of the Human Nutrition Foundation Committee and is a long-time supporter of Greenpeace. 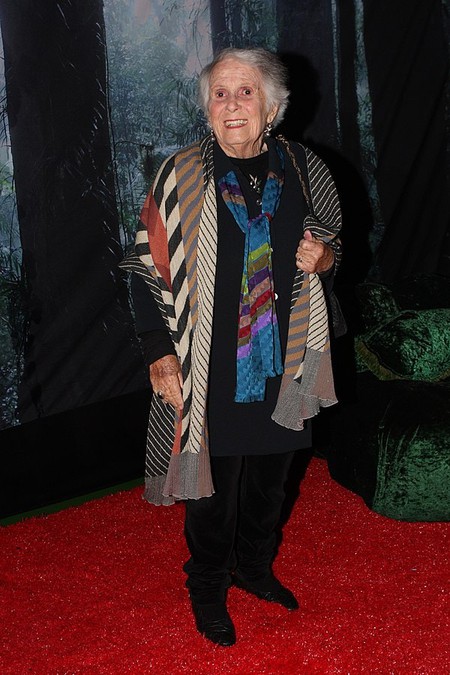 At 92, Margaret says she never deprived herself anything! | © Eva Rinaldi / Wikicommons

If this woman doesn’t inspire you, no one else in the world will be able to. Those days you can’t get out of bed, think of survivor, athlete, humanitarian and all-round inspiration Turia. In 2011, Turia was running a 100k ‘ultramarathon’ through the Kimberley region in Western Australia when she was trapped in a grassfire, resulting in burns to 64% of her body and had all fingers on her right hand and two fingers on her left hand amputated. It was a long and difficult recovery, but since then she’s gone on to be one of Australia’s most renowned motivational speakers, competed in the 2016 Ironman World Championship in Hawaii, raised over a million dollars for burns victims in developing countries through charity Interplast, and married her high school sweetheart. 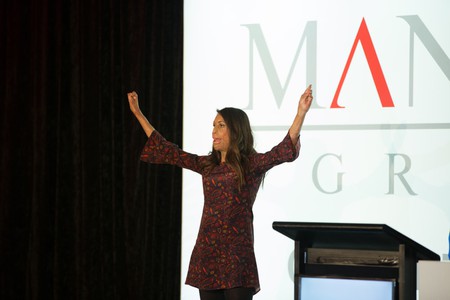 Read Every Lie I’ve Ever Told, Rosie’s second novel, and prepare to have your life changed. So simple, so moving, so brutally honest and raw. She is the friend and confidante of every woman in Australia who has ever suffered, and one of the first females in the world to help us say ‘I’m not okay’. She’s extremely open about her battles with mental illness and empathises with every girl out there, not just ones who suffer on her level. A feminist, she uses humour to stand up for what she believes in and has unknowingly built an army, who will stand behind her until the end.

While most of the wives and girlfriends (more commonly known as WAGS) of famous sports stars get a bad rep for their party-loving, money-guzzling ways, Annie Nolan is the exception to the rule. She is just what her name describes – uncanny. She gained a large following for her brutally honest and well-written blog posts that could jump from serious and pressing issues such as parenting, gender equality, environmentalism and human rights to pop culture and her past use of adult nappies. Annie originally started her platform as an outlet to talk about issues she was passionate about, as well as having a place for others to voice their opinions, too. It’s the perfect place to go when you need someone to talk to, but don’t want to do the actual talking.

The Labor Senator for South Australia, she is the first female openly-LGBTI Australian federal parliamentarian and federal government cabinet minister. She was instrumental in legalising same-sex marriage in Australia and regarded kind of fearfully – being one of the most formidable opponents in Parliament. She is a firm believer in fighting for what is right – something every nation could do with a little more of. When she isn’t standing up for women’s rights, gay marriage and building Australia’s relationship with Southeast Asia and China, she has two children with her partner in Adelaide. 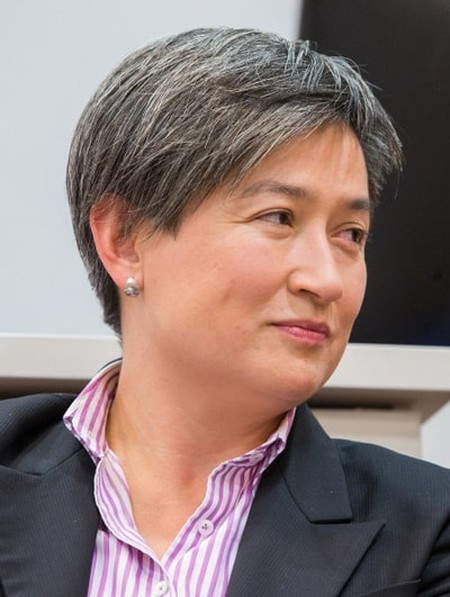