10 Indigenous Australian Artists You Should Know 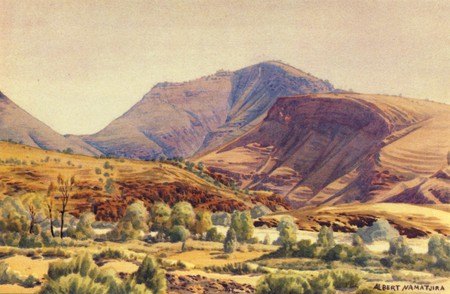 Aboriginal culture dates back more than 60,000 years — it’s the oldest continuously-surviving culture on Earth — and art is an essential way that Indigenous communities hand down their ancient cultural knowledge. From those who make trailblazing dot paintings to intricate bark creations, these 10 artists provide a great introduction to the vibrant field of Indigenous art.

Aboriginal and Torres Strait Islander readers are advised that this article may contain images of and references to deceased people.

No Indigenous artist has been as influential as Albert Namatjira, an Arrernte man from the MacDonnell Ranges in Central Australia. Namatjira’s Western-style watercolour paintings of otherworldly outback landscapes introduced Aboriginal art to white audiences for the first time, winning critical acclaim and nation-wide fame. The contemporary artist and his wife, Rubina, even became the first Aboriginal people to be granted Australian citizenship in 1957, 10 years before a long-overdue referendum granted every Indigenous person that right. 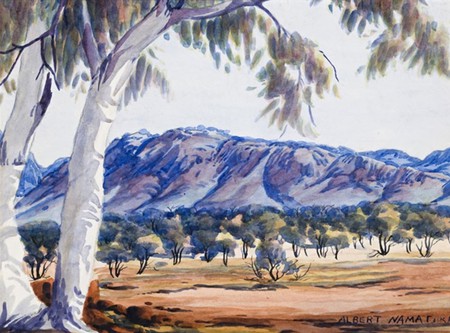 Remarkably, this Anmatyerre elder didn’t begin to paint until after her 80th birthday… but she also didn’t waste any time once she first picked up a brush. Emily Kame Kngwarrey produced more than 8,000 paintings over her fleeting eight-year career — an average of one painting per day — and became one of Australia’s most prolific and prominent Indigenous artists, winning international recognition for her contemporary pieces.

One of a large group of talented artists from the Utopia Aboriginal homeland just north of Alice Springs, this Anmatyerre woman has been described as one Australia’s most ‘collectable’ Indigenous artists. Her signature became paintings of bush medicine leaves — huge abstract works made up of energetic curves swirling around the canvas — after her piece ‘Leaves’ secured the Art Gallery of New South Wales’ prestigious Wynne Prize in 1999.

The story goes that when he spotted a Mark Rothko masterpiece, Rover Thomas asked, “Who’s that bugger who paints like me?” Born in the East Kimberley — a fair distance away from Rothko’s native New York City — Thomas spearheaded the use of locally-mined ochres, painted on boards, alongside contemporaries Paddy Jaminji, George Mung Mung and Queenie McKenzie.

This Anmatyerre man was a genuine trailblazer, pioneering the acrylic painting style known as ‘dot art’ with several other contemporary artists from Papunya in the Northern Territory, then becoming a founding director of the Papunya Tula Artists school in 1972. He tragically died in Alice Springs on June 21, 2002 — the day he was due to be awarded the Order of Australia for his services to art and the Indigenous community.

Dorothy Napangardi was a member of Possum Tjapaltjarri’s Papunya School in the early 1970s, and it wasn’t long before her works began to be exhibited throughout Australia, Europe and North America. Napangardi’s linear paintings focus on the ‘Dreaming’ of her Warlpiri people, weaving together dotted lines to trace the ancestral tracks of Indigenous groups across the land.

This Kunwinjku man from West Arnhem Land in the Northern Territory is one of Australia’s pre-eminent bark painters, with his works displayed everywhere from Germany and Russia to Japan and the United States. Mawurndjul was taught rarrk — a painting technique that uses infill and cross-hatching — to depict traditional ‘Dreaming’ stories and themes in intricate detail.

As an elder of her community, Naata Nungurrayi is one of few people who have permission to paint sacred women’s sites and ceremonies from the Kintore and Kiwirrkurra region, making her one of the leaders of Western Australia’s Kintore women’s artist movement. Nungurrayi comes from a famous family of artists, which also contains sister Nancy Ross Nungurrayi, brother George Hairbrush Tjungurrayi and son Kenny Williams Tjampitjinpa.

After having huge success in the fashion industry in the 1980s, when she became one of the first Australian designers who was invited to display her work in Paris, this Bundjalung woman transitioned into painting. Bancroft helped establish the Boomalli Aboriginal Artists Cooperative in 1987, helping many other Indigenous artists pursue a career that emulates her own over the past three decades. 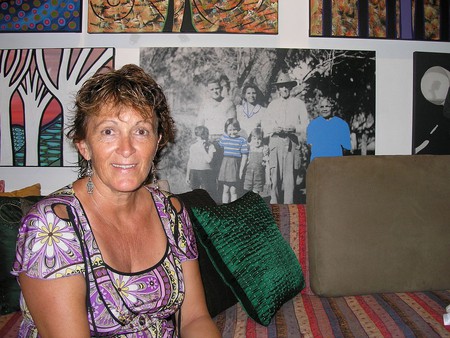 A member of the Kamilaroi, Kooma, Jiman and Gurang Gurang communities, Richard Bell is a thoroughly modern Aboriginal artist, working with video, painting, installation and text to tackle the debates and issues concerning Indigenous people in the 21st century. In 2003, this hard-edged artist and political activist also helped establish proppaNOW, a Brisbane-based Indigenous arts collective.