10 Classic INXS Songs You Should Listen to Right Now 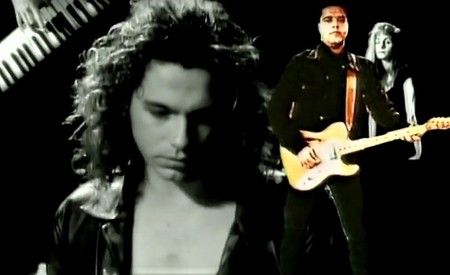 This October, Channel 7 will air the world-exclusive, two-part documentary “Michael Hutchence: The Last Rockstar“, commemorating the 20th anniversary of the INXS front man’s death. In light of this extraordinary new documentary, which promises to “rewrite history,” Culture Trip has gathered the top 10 INXS songs that you have to hear. From humble beginnings in Sydney to INXS’s rise to the top of the charts, these are songs that define one of Australia’s most iconic bands.

“Just Keep Walking” was the only single released from INXS’s self-titled debut album “INXS“. The song, released in September 1980, became the band’s first Australian Top 40 hit and is an early example of their new-wave sound. The lyrics describe INXS’s attitude at the time as a band who were working non-stop but were still struggling to make ends meet.

Regarded as INXS’s first international single, “Don’t Change” was released in 1982 as the second single off the band’s third studio album “Shabooh Shoobah“. The song climbed into the top 20 on the Australian Singles Charts and peaked at number 17 on the U.S. Billboard Top Tracks. Since then “Don’t Change” has been covered by many acts including The Audreys, Goo Goo Dolls, Grinspoon, AFI and Bruce Springsteen and the E Street Band.

Released in 1983 “Original Sin” was the lead single from INXS’s fourth album “The Swing“. Produced by Nile Rodgers, the track features backing vocals from Daryl Hall of Hall & Oates who later recalled in a 1984 interview “I don’t know why because they’re good singers, they didn’t need me but I did it anyway.” Originally the lyrics were “Dream on white boy, Dream on white girl” but were changed to reflect Rodger’s inter-racial parentage. “Original Sin” peaked at number one in Australia.

Worried that the album Listen Like Thieves had no hits, veteran producer Chris Thomas advised INXS to add a new song to all but finished album. The resulting track “What You Need” was released as the lead single and went on to give the band their first American Top 10 hit. Instrumentalist Andrew Farriss said in a 2005 interview; “We left the studio that night knowing we had one day left and we had to deliver ‘a hit’. Talk about pressure.”

Following the success of “What You Need“, INXS released “Listen Like Thieves,” the title track and third single from their fifth studio album. While many of INXS’s song are credited to Michael Hutchence and Andrew Farriss, “Listen Like Thieves” credits all six members of the band. The accompanying music video depicts a post-apocalyptic world where Michael Hutchence plays a gun-slinging spy. The song reached number 28 on the Australia ARIA Chart.

INXS’s 1987 album “Kick” spawned many hit singles, but the first was “Need You Tonight” which became the band’s only single to reach number one on the U.S Billboard Hot 100. “Need You Tonight” also peaked at number two on the UK Singles Chart and reached number three in Australia. The infamous riff came to Andrew Farriss as he was waiting for a cab and after hearing the demo, Michael Hutchence wrote the lyrics in 10 minutes. The music video, which is linked with the song “Mediate“, features a tribute to Bob Dylan’s “Subterranean Homesick Blues”. The iconic clip won five MTV Video Music Awards including the 1988 Video of The Year.

Released in February 1983 as the follow up single to “Need You Tonight,” off the hit album “Kick”, “Devil Inside” is one of INXS’s signature songs. “Devil Inside” held the number two spot on the Billboard Hot 100 for two weeks and peaked at number six in Australia. Filmed inside the Balboa Saloon, California the music video, deemed by guitarist and saxophonist Kirk Pengilly as “too American”, was directed by Joel Schumacher who is best known for directing St. Elmo’s Fire and The Lost Boys.

Steering away from the sultry disposition of “Need You Tonight” and “Devil Inside“, “New Sensation” amps up the funk with a guitar riff from Tim Farriss and a sax solo from Kirk Pengilly. Released in 1988 as the third single off “Kick”, “New Sensation” peaked at #3 on the Billboard Hot 100 and number nine on the Australia ARIA chart. The track was most successful in Canada where it went to number one.

INXS’s signature ballad “Never Tear Us Apart” was released as the fourth single off “Kick”. Written by Andrew Farriss and Michael Hutchence it utilizes the tempo of modern Viennese waltz, synthesizers, dramatic pauses and a saxophone solo to paint an intense portrait of two soul mates. The song peaked at number seven on the US Billboard Hot 100 and number 14 on the Australia Aria Chart. In 2014, following the mini-series INXS: Never Tear Us Apart, the song surpassed its original position on the ARIA Single’s chart and reached number 11. “Never Tear Us Apart” was also played during Michael Hutchence’s funeral procession, following his death in 1997.

Released in 1990 as the first single off INXS’s seventh studio album “X“, “Suicide Blonde” is supposedly about Michael Hutchence’s then-girlfriend, Kylie Minogue, who bleached her hair for her role in the 1989 film The Delinquents. The track peaked at number two on the Australian ARIA Singles Chart and number nine on the Billboard Hot 100; topping the modern rock and mainstream rock charts. Keen INXS fans will notice the similarities between the song’s main riff and the riff from their 1984 single “Original Sin.”